She arrived like a chinook in the dead of winter. When k.d. lang first blew out of Alberta in the mid-1980s, her look, personality and voice seemed to be exactly what everyone was hankering for: theatricality, irreverence and authenticity. There was mischief in her subversion of Nashville stereotypes, but there was no mistaking her true love of country music—nor her pure, unvarnished vocal talent.

Having conquered country, lang did the same thing with pop music, establishing a 30-year career that has earned the highest accolades and awards. “Her voice is pretty flawless,” notes fellow Albertan Jann Arden. “She can sing anything and it’s always heartfelt, emotive and believable.”

Other vocalists hold lang in equally high esteem, which is why she’s been able to sing duets with giants like Tony Bennett, Roy Orbison, Elton John and her childhood idol, Anne Murray, whom she sang with on the “Snowbird” singer’s Duets: Friends & Legends album. Murray describes lang as “a real crooner, with a voice not dissimilar to mine,” while Bennett simply calls her “the best singer of her generation.”

Her story begins in tiny Consort, Alberta, where a 10-year-old Kathryn Dawn Lang (the initials and lower-case lettering were later inspired by poet e.e. cummings) began singing at local Kinsmen and Kinette lodge meetings. Through her teens, she dabbled in folk music and a bit of country, but mostly fancied herself a performance artist who identified strongly with country-pop icon Patsy Cline. At 20, she auditioned as a singer at Edmonton’s Homestead Recorders studio and blew away its owner, Larry Wanagas, who promptly signed her to a management, recording and publishing deal.

Dressed in cowgirl attire, horn-rimmed glasses and spiky hair, and backed by her Patsy Cline tribute band the Reclines, lang wowed crowds in Toronto during the fall of ’84, when she appeared at Albert’s Hall in shows promoted by impresario Richard Flohil. The buzz quickly turned into major media coverage. The following year, fiddler Ben Mink caught her performing in Japan and still remembers being completely gob smacked. “She had this big jet airplane voice,” Mink recalls. “Her tone was so much larger than any I’d ever heard come out of a woman. It was just beautiful." 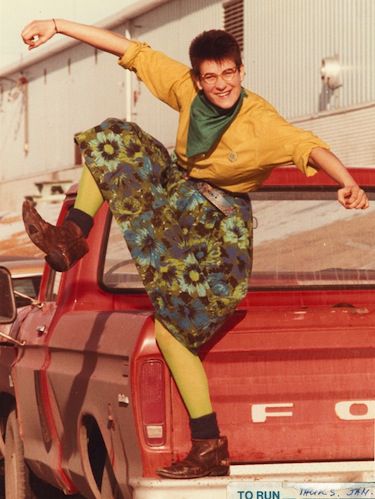 While her voice was earning raves, her manic performances were tickling funny bones. Few can forget the image of lang striding up to the stage to accept her Juno for Most Promising Female Vocalist wearing a wedding dress and cowboy boots. “I feel like a bronc that just came out of the chute,” she quipped upon receiving her prize. Appearances at New York’s famed club the Bottom Line followed and she became the first country artist signed to Seymour Stein’s Sire Records, joining a prestigious roster that included Madonna, Talking Heads and The Pretenders.

After releasing Angel with a Lariat, lang got to make the pivotal Shadowland and work with Cline’s legendary producer Owen Bradley in Nashville. She was also able to record with country greats Brenda Lee, Loretta Lynn and Kitty Wells, all of whom sang her praises. “I’ll never forget sitting in Owen’s office listing to Johnny Hodges,” recalls lang. “Here was a guy who made some of the best country records of all time, but his real love was jazz. That became my dream: to make music that is fluid and never compartmentalized.”

Her first country Grammy came for “Crying,” her duet with Orbison; her second followed for 1989’s Absolute Torch and Twang. Coincidental with this were four more Junos, including three for Country Female Vocalist of the Year. By then, lang was ready to change direction. Together with her co-conspirator Mink, she re-emerged in 1992 with the more-torchy-than-twangy Ingénue, a groundbreaking album featuring the lush pop hit “Constant Craving.” Again, lang was rewarded with a Grammy, this time for Best Female Pop Vocal Performance, and yet more Junos, bringing her total to eight.

Reflecting on that breakthrough, lang, who declared herself a lesbian the same year, says: “To think that I even had success with Ingénue as a suit-wearing, short-haired lesbian vegetarian Buddhist is quite astonishing.” She adds: “It’s interesting that I have this body, this look, this personality and this voice and how different I am as a female singer. I’ve always believed that you have to use what you have, even if they seem like the worst tools possible, but use them creatively.” 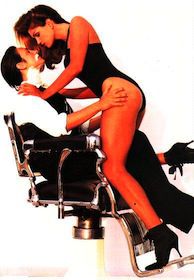 A fearless groundbreaker, lang made headlines through the ’80s and ’90s with her strong public stands on sexuality and animal rights. Her “Meat Stinks” campaign was the proverbial red flag to a bull within Alberta’s powerful lobby community of cattle ranchers and beef manufacturers. And lang raised more eyebrows when she posed for the cover of Vanity Fair magazine, getting shaved in a barbershop chair by scantily clad model Cindy Crawford.

Her pop orientation continued through the ’90s, leading up to 2002’s A Wonderful World, her collaboration with Tony Bennett that earned another Grammy for Best Traditional Pop Vocal Album. The famous silver-haired crooner had nothing but praise for the self-described “big-boned gal from Alberta.” “Next to Judy Garland, she’s the best singer I’ve ever heard,” Bennett told ABC News. “She gives me goose bumps. I can actually see angels. That’s how good she sings.”

With 2004’s Hymns of the 49th Parallel, the Order of Canada recipient fulfilled her longstanding desire to create a Canadian songbook, paying homage to fellow Canadian artists including Joni Mitchell, Leonard Cohen, Neil Young and Bruce Cockburn. “These songs are part of my cultural fabric, my Canadian soundtrack, and they have nurtured my musical DNA,” lang said at the time. Her live rendition of one of those songs, Cohen’s “Hallelujah,” at the closing ceremonies of the 2010 Winter Olympics, remains a classic performance.

Having paid tribute to those Canadian icons, lang now gets to join them in the Hall of Fame—something she calls “a little bit mind-blowing, a lot mind-blowing, actually.” She adds, clearly overwhelmed by the honor: “I’m over the top. To be put into that category in that country with those artists is just a dream come true.”