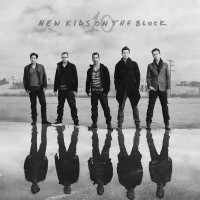 The group’s sixth album features savvy dance-pop tracks like “Crash,” “Now or Never” and “Remix (I Like The),” about a girl who transforms from “wallpaper to heartbreaker.” But the album’s best track is the opener “We Own Tonight,” a harmony-drenched ballad that promises to be a highlight of this summer’s The Package tour, where NKOTB will be joined by fellow former teen heartthrob bands Boyz II Men and the recently reunited 98 Degrees. The kids are all grown up.