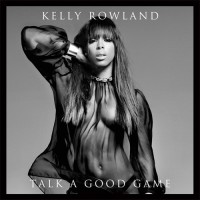 Rowland may be best known for Destiny’s Child, but those days are over. Her powerful fourth album announces that the r&b singer has fully arrived as a solo artist. The 12 songs are her most revealing and hardest hitting to date. Album opener “Freak,” an edgy number celebrating kinkiness, signals Rowland’s new maturity. The sultry “Kisses Down Low” turns up the heat in the bedroom, while the funky “Street Life” is an irresistible summer jam.

But the two songs everyone’s talking about are “You Changed,” featuring Rowland's cousin Beyoncé and Michelle Williams, from Destiny’s Child, and “Dirty Laundry,” a bold confessional in which Rowland admits to having been in an abusive relationship that turned her against her world-famous cousin. “She was up, I was down,” she sings of the jealousy she felt about Beyoncé. By venturing outside her comfort zone, Rowland has exorcized demons and emerged as a bona fide star.