The Summer of Love gave the world the Monterey Pop Festival and The Beatles’ Sgt. Pepper. Ultimately, those precious months in 1967 produced something far greater: the full flowering of the hippie movement and a sense of cultural, social and political barricades coming down. Change was in the air. The seeds were sown at the Human Be-In in San Francisco’s Golden Gate Park and quickly spread to most major cities in the western world. In Toronto, the May Love-In at Queen’s Park attracted a crowd of barefooted flower children who danced to Buffy Sainte-Marie and Leonard Cohen under a thick cloud of marijuana smoke.

That same month, three musicians from Yorkville, Toronto’s hippie village, gathered in a dusty downtown warehouse with a plan to forge a brave new rock sound for these high times. Keith McKie, Gene Martynec and Alex Darou had been brought together by Bernie Finkelstein, Yorkville’s pioneering band manager, who’d previously tasted rock success with The Paupers. Now Finkelstein had visions of a building a band around McKie’s lyrical psych-pop songs and produce a Yorkville group to rival Haight-Ashbury’s Jefferson Airplane.

McKie had previously fronted The Vendettas, a rock band from Sault Ste. Marie, Ont. that migrated to Toronto. Together with Darou, a jazz-trained bassist buddy from the Soo, and Martynec, who’d played guitar with Bobby Kris & the Imperials, they had the makings of a group. But they needed a drummer. Jimmy Watson got the job after passing an audition at the Hawk’s Nest on Yonge Street. Although the Belfast-born Watson was only 16, he had his own style on the drum kit. And it didn’t hurt that he could also play the sitar and was a cousin of Van Morrison. 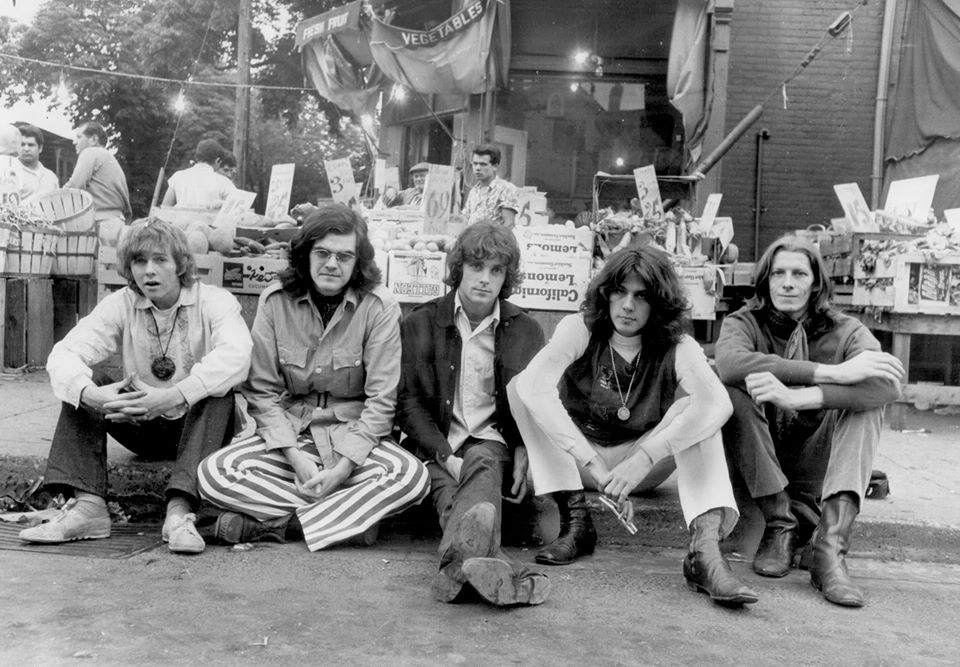 Naming themselves after Toronto’s funky ethnic street market, McKie, Martynec, Darou and Watson made their debut at Yorkville’s Night Owl in June. With Finkelstein pushing them, Kensington Market then spent the rest of the Summer of Love honing their craft. It proved to be an eventful few months, with the group releasing two singles on the local Stone Records label, composing the score for a National Film Board feature and appearing at the Mariposa Folk Festival, alongside Joni Mitchell and others. The quartet even got to play a week-long October stint at Montreal’s New Penelope folk club during Expo 67, in between bookings for Muddy Waters and the James Cotton Blues Band.

But the Market’s lineup was not yet complete. The final piece of the puzzle fell into place with the recruitment of singer Luke Gibson, whose band Luke & the Apostles had dissolved after a triumphant appearance at Toronto’s O’Keefe Centre with Jefferson Airplane and The Grateful Dead. “I had grown tired of playing the blues by that point,” explained Gibson. “I was getting interested in original material.” McKie didn’t seem the least bit threatened by the addition of a second lead vocalist, especially one with a bluesy, soulful voice. “We all liked the idea of another singer,” recalls McKie, “and, to me, Luke was another one of the greats from Toronto.”

News about this adventurous new band with a double-barreled vocal attack traveled fast. The Lovin’ Spoonful’s Zal Yanovsky raved about the Market in New York to Felix Pappalardi, a U.S. record producer who immediately flew up to Toronto to see for himself. Before he left the Market’s rehearsal space, Pappalardi had signed the band to a production deal. The timing couldn’t have been better. The producer had just finished recording Cream’s Disraeli Gears, which became 1967’s third-best-selling album after Sgt. Pepper and The Rolling Stones’ Satanic Majesties Request. Suddenly, Pappalardi was America’s most in-demand record producer and his association helped the Market land a U.S. recording contract with Warner Brothers. 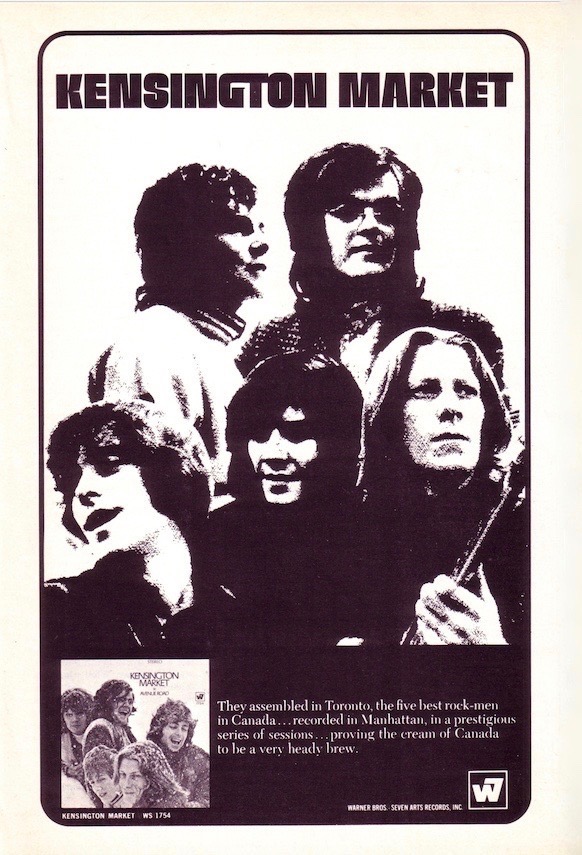 The Market recorded its debut album at New York’s Century Studio in early 1968, in a three-week session supervised by Pappalardi, who clearly had dreams of making the Market rock’s next big thing with a dazzling, kaleidoscopic soundscape. Where Pappalardi had taken Cream toward psychedelia based on the group’s strength as a power trio, with the Market he used imaginative arrangements that accentuated the group’s compelling blend of pastoral lyrics, mellifluous vocals and superb musicianship. Pushing the experimental envelope, Pappalardi added orchestral strings, brass, bells and even a bassoon to the exploratory sessions.

In a move that annoyed its American bosses at Warner Bros., the Market chose to call its album Avenue Road, after the street that bordered their beloved Yorkville neighborhood. “Avenue Road?” the execs hollered down the phone line. “Isn’t that redundant?” Infuriating the suits at the label further, the band members had themselves photographed in a blinding snowstorm for the album cover. To McKie and his mates, it all made perfect sense: why not reflect who you are and where you’re from? It never occurred to them that this would make marketing the Market a challenge for promo men in Los Angeles.

Avenue Road was released to rapturous reviews when it came out in July, 1968. Ritchie Yorke, writing in The Globe and Mail, proclaimed it “probably the finest album ever cut by a Canadian group,” a view echoed by The Toronto Star, which called it “ambitious” and “tastefully eclectic.” The reception south of the 49th parallel was equally favorable. Hit Parader credited “Pappalardi’s masterful orchestrations and the Market’s soft melodic sound and anecdotal lyrics” and called the album one of the year’s standouts, while Time magazine cited the record’s “unusually disciplined rock-sound production,” which “borrows freely from folk, pop, jazz and classical idioms.” Four decades later, Avenue Road holds up as an appealing psych-rock artifact, one that compares favorably with albums by Haight-Ashbury’s finest. It opens with “I Would Be the One,” which the Market had originally released in a galloping version with sitar as one of its Stone singles. Pappalardi took McKie’s song of romantic bravado, slowed it down and applied Spanish horns, turning the singer into a daring matador or heroic conquistador. The song’s cinematic quality got a boost from a toke shared with two other rising musicians during a chance encounter. “Just before the session,” McKie recalls, “Luke and I ran into Cynthia (Robinson) and Freddie (Stone), from Sly & the Family Stone. After their friendly encouragement, the basic track went down like a Memphis dream.” 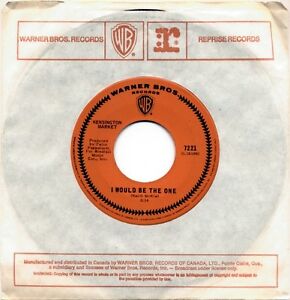 “I Would Be the One” became the Market’s first Warner single and reached #59 on RPM’s Top 100 national chart and #18 on the influential CHUM chart. The single’s flip side was another strong album track, Gibson’s “Speaking of Dreams,” a daytime reverie featuring exquisite harmonies, shifting time signatures and Martynec’s evocative, Renaissance-style guitar picking. Martynec also contributed several worthy songs himself, including the sitar-drenched “Beatrice” and “Presenting Myself Lightly,” about a barefoot trip in a park and a drink from a tap that leads to the memorable lyric “A rusty tongue I tasted.” Two of the album’s most striking songs came with McKie’s Lewis Carroll-ish “Looking Glass” and his autobiographical “Aunt Violet’s Knee.” Over full symphonic and flute accompaniment on the latter, McKie sings in rich, windswept imagery of a childhood spent by the English sea.

With the album’s pending U.S. release, the Market were about to embark on an enviable voyage that would take the band to the best ballrooms across America. But first the group had an important date closer to home: a double bill with Jefferson Airplane at Hamilton, Ont.’s McMaster University. Although the Airplane was flying high on the success of its “Somebody to Love” and “White Rabbit” singles, critics scored the Market’s performance highly. The Toronto Star’s reviewer noted that the local heroes succeeded in getting more people dancing, while the Toronto Telegram’s Peter Goddard cited “I Would Be the One” and a new song, “Side I Am” as “the two finest performances of the whole evening.”

Buoyed by the media reception, the Market flew to New York to begin a two-week run at the Bitter End in Greenwich Village. From there, the band members enjoyed a five-week tour that took them to San Francisco’s Fillmore Auditorium, opening for Chuck Berry and the Steve Miller Band. Other significant venues included Chicago’s Kinetic Playground, opening for the Young Rascals and the Paul Butterfield Blues Band. After performing at Detroit’s Grande Ballroom, Boston’s Tea Party and New York’s Café au Go Go and Electric Circus, the Market returned for a triumphant homecoming at Toronto’s own ballroom, the newly opened Rock Pile in the city’s Masonic Temple, after appearances there by Blood, Sweat & Tears, Country Joe & the Fish and Procol Harum. 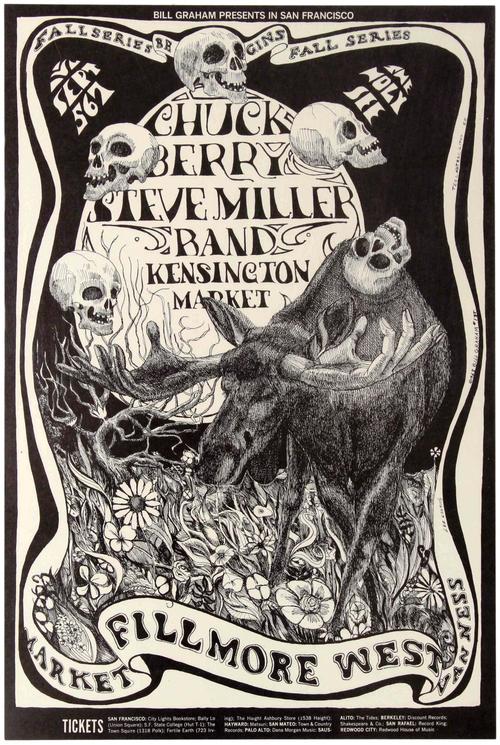 The ballroom tour remains a vivid experience in the minds of the Market’s principals. Finkelstein wishes the entire trip could’ve been captured in a filmed documentary. The tour, he recalls, was “simply amazing.” Why? “Kensington Market was a truly psychedelic band,” says Finkelstein. “There were lots of psychedelic drugs involved. Nothing hard, just a lot of acid and MDA. People pretty much lived in a perpetual state of being high. Hauling several tons of equipment across America, putting on shows when you're perpetually high is an adventure. The whole tour was wild and pretty profound.”

McKie agrees. “The world was a psychedelic place at the time,” he says. “People were experimenting with substances to find out whether they could achieve some new state of mind. I can’t speak for the rest of the band, but I was a very psychedelically oriented person, trying to jam as much into me as I could. I guess I wanted to catch up to Dr. Timothy Leary or something. A lot of that thinking,” he adds, “carried over into our songwriting and recording.”

Avenue Road is the sound of a band bravely venturing into unexplored territory. It’s a time capsule of a year that began in the heady hippie heyday of the Summer of Love and ended with the Yorkville group’s psychedelic adventure across America. The album, remastered here in all its trippy, hippie glory, is also a harbinger of what Kensington Market was to achieve on its next album, the revolutionary and wondrously mind-blowing Aardvark.