Feature Article: Kobo Town and the roots of calypso Drew Gonsalves laughs about how he had to leave Trinidad to discover the rich calypso tradition of his birthplace. As a teenager, he was far more interested in rock and heavy metal music than the songs of Roaring Lion or the Mighty Sparrow. The legendary Lord Kitchener even lived up the street from his family home in Diego Martin, a suburb of Port-of-Spain, but he remained unimpressed.

“I was very typical of a middle-class Trinidadian boy in that I had a taste for all things foreign,” admits Gonsalves, “which is something that (novelist) V.S. Naipaul wrote so scathingly about in the 1960s. Calypso was always in the air, but I just wasn’t interested.”

That all changed when Gonsalves’ mother, fleeing an abusive marriage, suddenly uprooted him and his siblings and re-settled in Ottawa. Dealing with culture shock in a cold climate, the 13-year-old Gonsalves began fixating on the tropical island he’d left behind. Nostalgia for his homeland was fed at first by reading about the history of Trinidad. Then he discovered old-time calypso reissued on CD compilations by Rounder Records and Eddy Grant’s Ice label.

As a history student at Carleton University, Gonsalves dug deeper into his cultural roots, writing about the early years of calypso in a thesis paper titled “Scandal, Satire and Social Change.” He was especially interested in the calypso wars, not unlike the rap battles of early hip hop, where calypsonians improvised boasts about themselves and hurled insults at each other. It was survival of the wittiest. Recalls Gonsalves, who later embarked on a teaching career: “What amazed me were the sly insinuations and cheeky double entendres, those are the great tools of the calypsonian.”

Kobo Town, the band Gonsalves formed after his reggae group Outcry disbanded, was built with those same tools. Named after an historic neighborhood in Port-of-Spain where calypso was born, Kobo Town arrived in 2007 with its debut CD Independence, a collection of 10 songs that mixed satirical storytelling and social conscience with acoustic calypso and roots reggae. 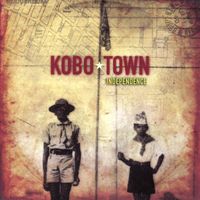 Independence received nominations for an Indie Award, a Canadian Folk Music Award and an International Folk Alliance award and airplay around the world, from CBC and NPR in the U.S. to regular spins on the BBC. Influential BBC DJ Charlie Gillett sang its praises and even chatted about the album with world music star Manu Chao, a conversation that opened doors in Europe and was heard all the way back in Trinidad, where Gonsalves was returning with increasing frequency.

Although Gonsalves and Duran shared a vision of updating the folkloric music of the West Indies, their collaboration in Duran’s studio in the village of Benque Viejo in Belize was fraught with creative tension. Recalls Gonsalves: “We quarreled, we squabbled and then had these cool-off periods. Ivan is very detailed oriented and has strong opinions. He really pushed me to try new sounds.”

In particular, Duran led him into a world of vintage recording equipment and old guitars and percussion instruments. Says Gonsalves: “I’d play something on cuatro or acoustic guitar and Ivan would hand me a cheap Japanese electric and tell me to play the same thing on that. It brought me back to old recordings by acts like Lord Invader and Small Island Pride, where you’d hear these kinds of tones and character. In the end, I brought the words and tunes and Ivan brought the dirt and the depth.”

Jumbie in the Jukebox is the thrilling result, full of lyrical invention, musical audacity and infectious grooves. With its savvy mix of old and new world sounds, the album promises to be a strong contender at next year’s Juno Awards and will undoubtedly push Kobo Town further on to the international stage. 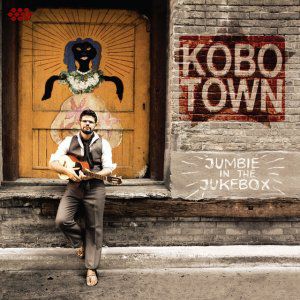 Ghosts jump out of the tracks, from the clanging bells of “Mr. Monday,” about a fallen man who loses his fortune to mental illness, to the groaning trombones of “Joe the Paranoiac,” about a conspiracy theorist who believes his neighbors are terrorist members of sleeper cells. “The War Between Is and Ought” uses scratchy vocals and a traditional santimanitay melody to tell the tale of two feuding kings, while “The Trial of Henry Marshall,” written in the style of an early kalenda with a call-and-response chant, is about an innocent man sent to the gallows.

Asked about the latter song, Gonsalves explains that it’s steeped in Trinidadian tradition. “The idea of everyone singing and dancing about the death penalty is very typical of calypso,” he says, “where you can have an exuberant song about a serious subject like that.”

Thinking person’s dance music? “Yes, I’d love to see the day when that was more common again in calypso,” says Gonsalves, “not just music in the tents during Carnival season but all year long.” He draws inspiration from classic calypsos like the Mighty Spoiler’s “Sleepwalking” and the Growling Tiger’s “Money is King,” later covered by Pete Seeger. “Calypsos like that transcend the era they were written in,” says Gonsalves, “because anyone can relate to songs about economics and human foibles if the ideas are delivered with wit and humor.”

Touring Canada, the United States and Europe this summer with Kobo Town, Gonsalves hopes to find time to collaborate with Canadian musician friends like Juno-winners Old Man Luedecke and Kellylee Evans, who sang on Independence, and Mexican-Canadian rising indie star QuiQue Escamilla. He’s a big fan of Danny Michel, whose Black Birds are Dancing Over Me was also recorded in Belize with Ivan Duran. “That album and Old Man Luedecke’s latest are the two most played CDs in my house these days,” he enthuses.

Already scheduled this summer is a Vancouver Folk Festival appearance with Canadian banjoist Jayme Stone, as part of Stone’s tribute to famed folklorist and field recording pioneer Alan Lomax. Gonsalves will perform music inspired by Lomax’s recordings in Trinidad and other Caribbean islands in the early 1960s.

Based in Toronto, where he lives with his wife and four young children and teaches high school part time, Gonsalves is grateful for the perspective he’s gained from Canada. “Being here, I can see all the things that I took for granted back home,” he says. “It was only in leaving that I became aware of what it truly means to be Trinidadian.”