Nobody could accuse Lhasa de Sela of taking the easy route to stardom. The Montreal musician insists on singing songs entirely in Spanish at a time when other Quebecbased acts going for a wider audience—even francophone ones— have opted for English. Yet Lhasa’s exotic sound, steeped in melancholic Mexican ballads, has clearly struck a chord. The 25-year-old singer’s debut album, La Llorona, recently went gold in Canada with sales of 50,000 and earned her two Juno nominations, for best global album and best new solo artist Meanwhile, her performances have drawn rave reviews for their intense theatricality. 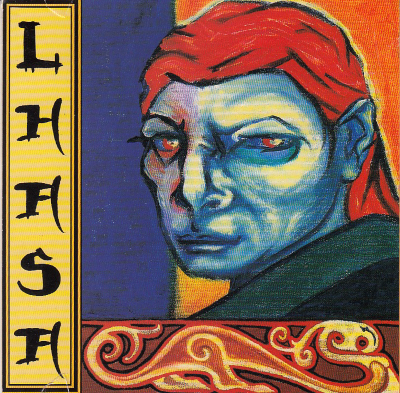 Born in upstate New York to a Mexican father and an American mother, a teacher and photographer respectively, the trilingual Lhasa  grew up in a bohemian environment She and her three sisters spent their childhoods living in both Mexico and the United States, travelling around with their parents in a school bus. While her sisters embarked on careers as circus performers, Lhasa caught the musical bug, making her stage debut at 13 singing Billie Holiday songs. "I've always really liked sad music,” she admits, “and always wanted to communicate an urgency about life.”

Moving to Montreal in 1991 to visit her sisters, who were studying at the National Circus School, she met guitarist Yves Desrosiers, and the two began creating their jazztinged Latin sound. Lhasa credits both Desrosiers and her parents’ tastes—especially her mother’s love of operatic and theatrical songs—with influencing her music. But she makes no apologies for the Spanish. “It’s all about using whatever instruments are at your disposal,” she says, “and language is just another instrument for a singer.”