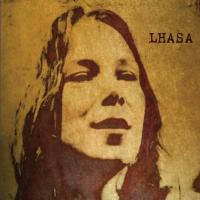 Lhasa de Sela is a one-of-a-kind artist. In 1997, the Montreal musician released La Llorona, a stunning collection of Mexican ballads and European gypsy tunes all sung in Spanish that sold half a million copies around the world. Seven years later, she issued The Living Road, an equally mesmerizing album sung in Spanish, French and English. Now, six years on, the never-in-a-hurry Lhasa is back with her first album sung entirely in English. Songs like the harp-laden “Rising” are at once haunting and deeply hypnotic.

April 2009
Tweet
Tags:
lhasa
Blue Rodeo - The Things We Left Behind
Keyshia Cole - A Different Me