Little Richard - Interview with the Legend In 1986, Little Richard successfully mounted a career comeback following the twin tragedies the previous year of his mother's death and his own near-fatal car crash. First he released an authorized biography, Quasar of Rock: The Life and Times of Little Richard, and starred in the movie Down and Out in Beverly HIlls, alongside Nick Nolte, Bette Midler and Richard Dreyfuss. Then he landed a contract with Warner Bros. and released, Lifetime Friend, his first album in seven years. To top it off, the artist behind massive early hits like "Tutti Frutti" and "Good Golly Miss Molly," one of the first black crossover artists and the man who influenced performers from Paul McCartney to Prince, was inducted into the Rock and Roll Hall of Fame, as part of its first group of inductees. On December 17 of that year, I had a 45-minute interview with the rock-and-roll legend, in which we discussed his career, his faith and his near brush with death. We began with his comeback album, Lifetime Friend.

NJ: Congratulations on your new album.

Little Richard: Thank you. I’m so happy to have a rapport again with my audience and to also let them hear me again. The song “Somebody’s Coming,” I just love that.

NJ: What does that song mean to you? 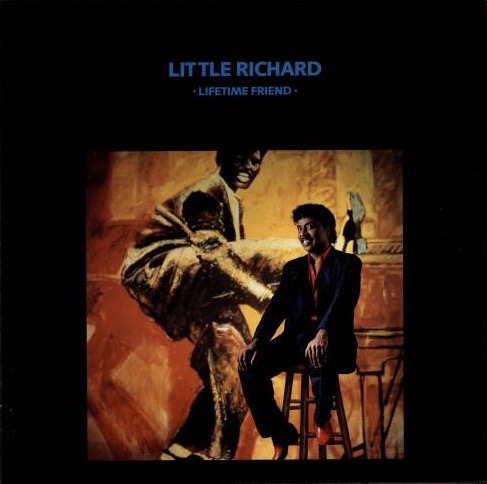 LR: It means that after my mother passed away and after I had my accident, I was in distress and depressed, but that while I was lying there in the hospital, Bob Dylan had come in and was sitting by my bed, holding my hand. I didn’t even know he was coming. I was down and out but then a friend came.

NJ: Your car accident was a real brush with death. How did that happen?

LR: Well, I really don’t know. I got off the plane coming from England and got into my sports car. I was on my way to my cousin’s and I had this accident. But I don’t even know what happened. It was erased from my mind. And I haven’t listened to anyone about it because the doctor said I didn’t need to know, so I just keep it out of my mind. I saw the car and it was just like I was never in that car, for which I’m glad because I don’t see how I got out of there alive.

NJ: Your new album has a joyous, gospel feel to it. But there’s still plenty of your trademark frenzied rock on it.

LR: I call my new music the message sound, which is meaningful for this time we’re living in.

NJ: You said in your book that you’d never go back to rock ‘n’ roll. Haven’t you contradicted yourself here?

LR: No, because the album is the message sound, understand me? In rhythm. So I did not contradict myself. This is what the album is. It gives you hope, contentment and joy. I didn’t say it wouldn’t be full of rhythm or be danceable. It’s inspiring. That’s what I like about Bruce Springsteen’s new live album. It’s inspiring to hear him do “War”—‘what is it good for, absolutely nothin.’ And it’s inspiring to see Michael Jackson come out with an anti-drug thing with Run-DMC. It’s time for us to have more positive messages.

NJ: The song “Great Gosh a-Mighty” in many ways resembles your “Good Golly Miss Molly.” Did you feel it was important for your older fans to feature that classic sound?

LR: No. What happened when I did the movie Down and Out in Beverly Hills, (director) Paul Mazursky wanted a theme song. At first, I didn’t know he wanted the song. And so while sitting at the piano playing the song, you know the idea of the rhythm, ‘I been seeking, I been searching, I been looking, tryin’ to find peace-a-mind/Great gosh-a-mighty it’s been a long time comin’ and I been waitin.’ The piano sounds so relaxed and so good. Dan Hartman and Billy Preston did such a fantastic job. And although “Great Gosh a-Mighty” had the same energy of the past, it’s today’s rhythm with the synthesizers and that impact.

NJ: What was it like to work with those new studio effects?

LR: Oooh, it was like a dream! I was lost. I didn’t know what to do. It was just like walking into outer space almost. It was so different for me, but I was glad to have the opportunity to do this in this generation. I’m sure that Tina Turner got the same thing when she walked into the studio with “What’s Love Got to Do With It.” All this new technology, it’s so pleasing to see.

NJ: You got Stuart Colman to produce? 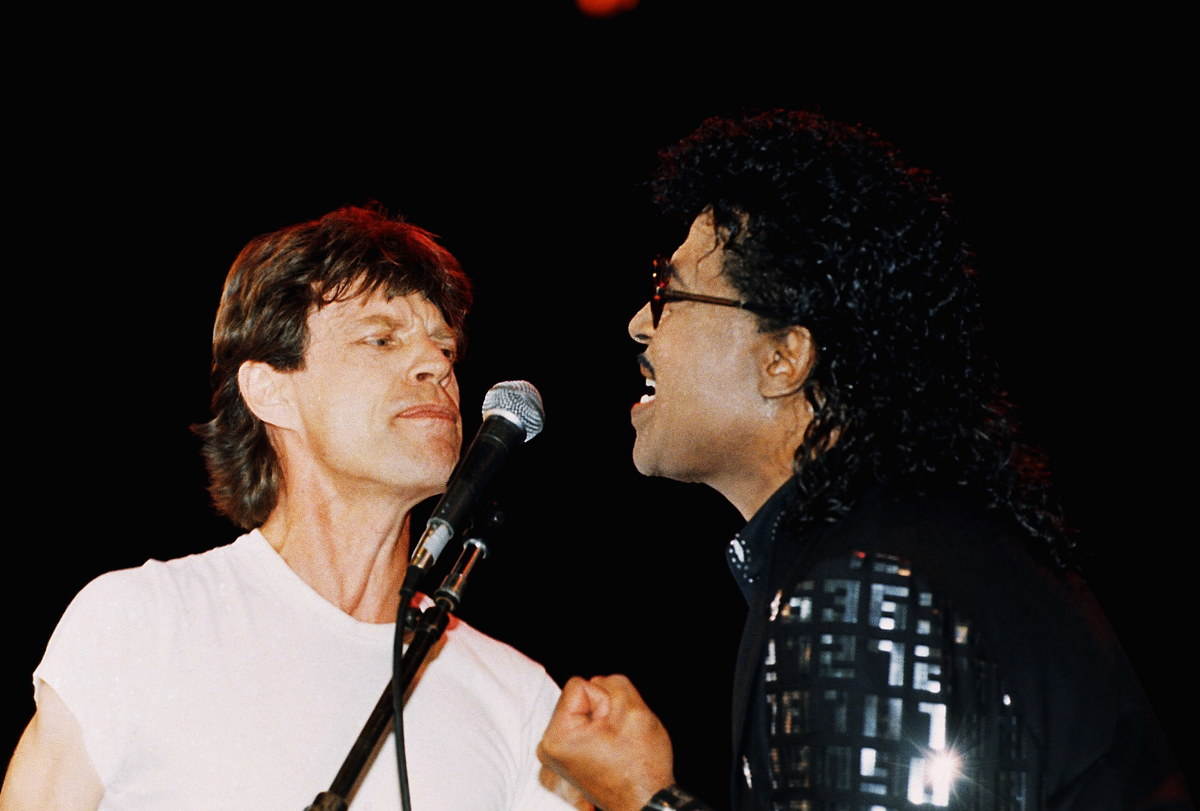 LR: Yes, in a lot of instances. I don’t think you get the attention that you should when a black record comes out, you know. Like a person like myself, I shouldn’t have to crossover because I been out all these years. If you haven’t proven it by now, you’ll never prove it. I am a crossover. In fact, most of my fans are white. That’s always been my case. I’m not kicking, I’m not complaining. I want all people to like my music, all races, creeds and colours. But when I come out with a record, I feel stations should go on it instantly if it’s good, because I’ve proven it—I’m a legend and the originator. I don’t think I should be denied that.

NJ: It must have been deeply frustrating in the early days when all your songs were becoming hits for white artists.

LR: Yes, it was. You see, Elvis got a hit, Pat Boone got a hit, Buddy Holly got a hit. Then you see you’re the writer and the creator and you didn’t have a hit. It was kind of mind-boggling.

NJ: But you didn’t let it get you down?

LR: No, I didn’t. I’m still holding on, because it’s a two-fold thing: it’s either a blessin’ or a lesson.

NJ: You’ve been so influential. How does it feel seeing the effect you’ve had on other artists?

LR: It’s a good feeling to see Prince, Michael Jackson and Boy George as this generation’s Little Richard. And to see Paul McCartney, Mick Jagger and David Bowie. It’s just good to be alive at this time, to be a witness. 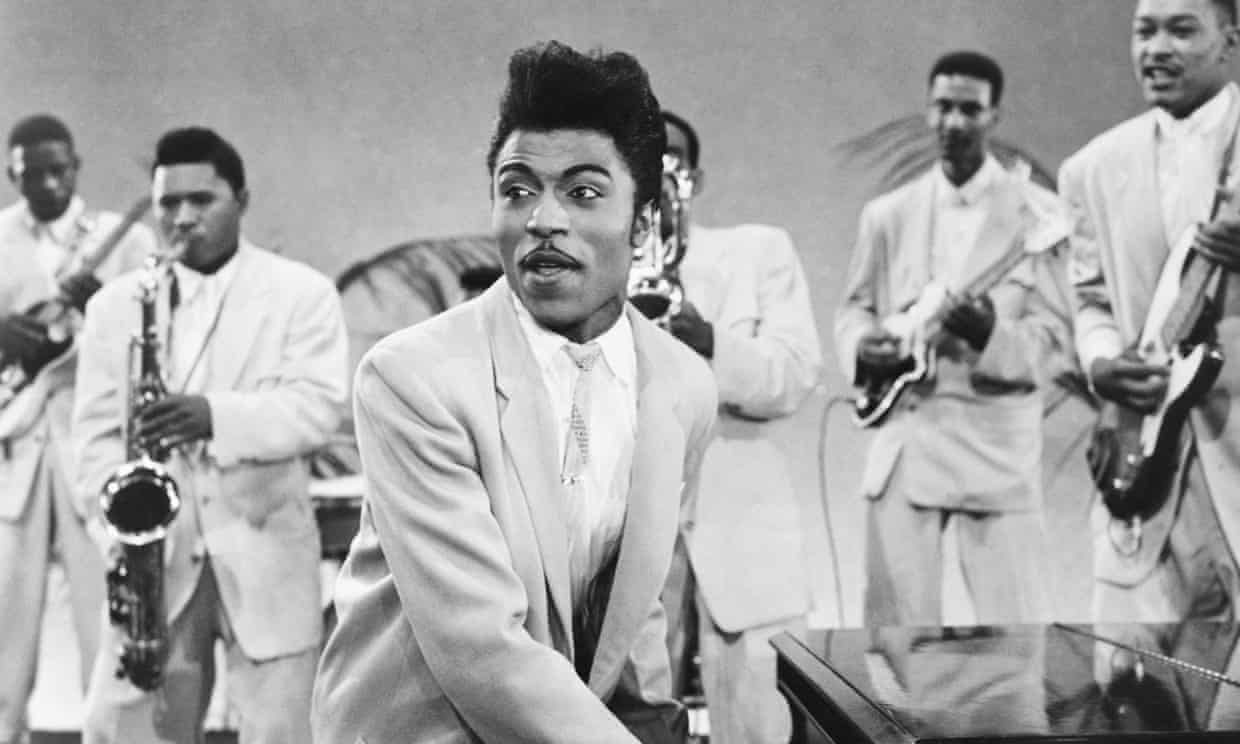 NJ: Did your induction into the Hall of Fame make up for being overlooked earlier on?

LR: Yes. I’m trying to get my star now on the Hollywood Walk of Fame. I just put my handprint at the Rock Walk of Fame in Hollywood for the first time. I would just like to see these things happen while I’m still alive, because when you’re gone they may never happen.

NJ: You, Aretha Franklin and James Brown—three Hall of Famers—all have records out right now. How does it feel to have a comeback album at the same time as them?

LR: It’s a good feeling. We are survivors, Aretha, James and myself, proof that good things can live on. We're still going strong and still looking good.

NJ: Many artists of your generation, particularly black performers, were ripped off by record companies and others. What was your experience?

LR: My god, they took everything from me except my toenails. And they would’ve got them too except they were too short to cut! We’re still in litigation with it. This will be the first album that I’ve ever made money off of in my life.

NJ: Why was that? 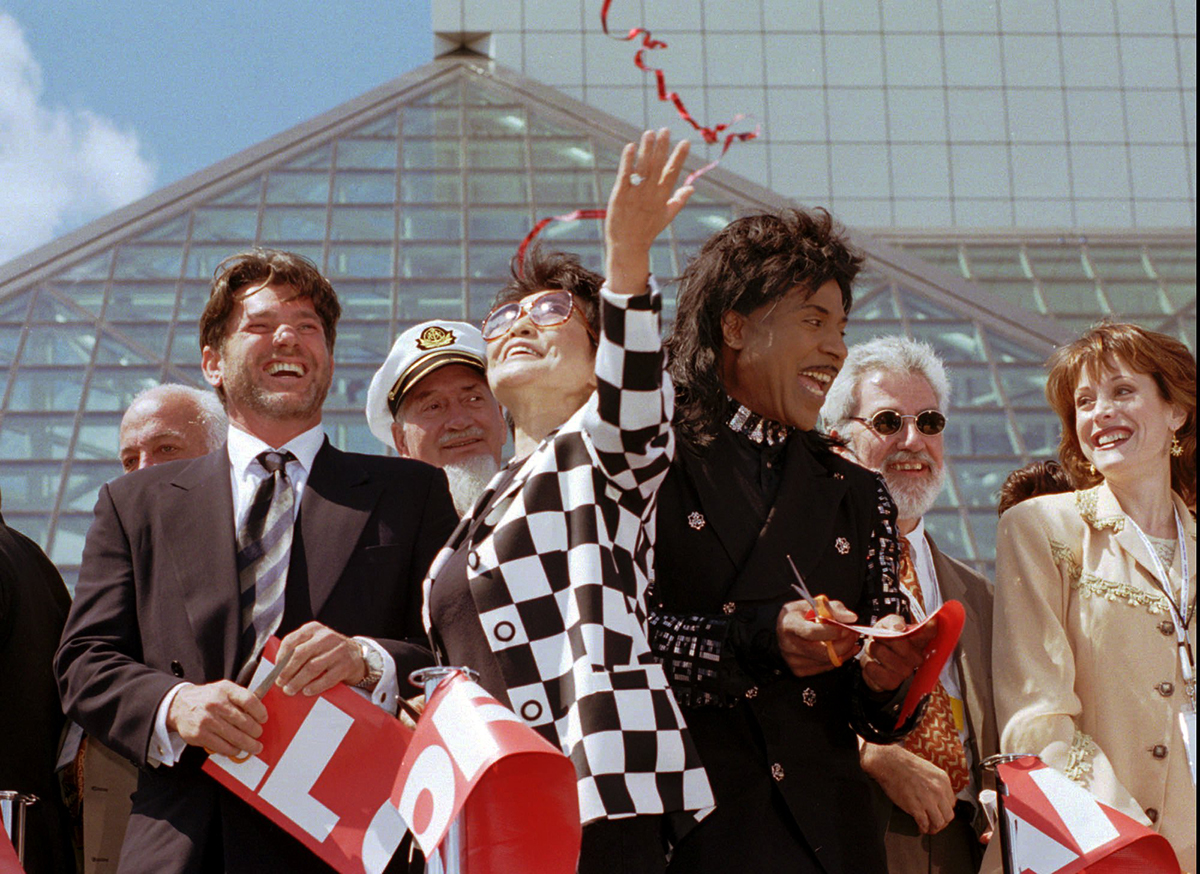 LR: Well, I just never made any money from my records. That’s the right way to word it. Then they can’t bother me in litigation. I never made money from records. I just never did get it. It was never given to me. It was unfair—on royalties and on publishing—both ways.

NJ: You’ve given up music for religion before. Why did you go back and forth?

LR: I only done that once, you know. A lot of people putting it down as more than once. I’m still with God now. I haven’t left God. My music, this is my craft. And it’s my living, just like a job, just like it is for a doctor, a lawyer or a teacher. And I call my music the message sound in rhythm. I’m still with God. You know, he just spared my life in that accident.

NJ: Are you not also a practicing preacher?

LR: Well, I studied theology. And I still study—it’s continuous.

NJ: You’ve said in the past that rock is the devil’s work. Do you still feel that?

NJ: What have you been most proud of in your career?

LR: The proudest thing in my career is that I’m glad to be alive at this time and recording again.

NJ: People are appreciating the roots of rock more than ever and honouring the pioneers of the music. 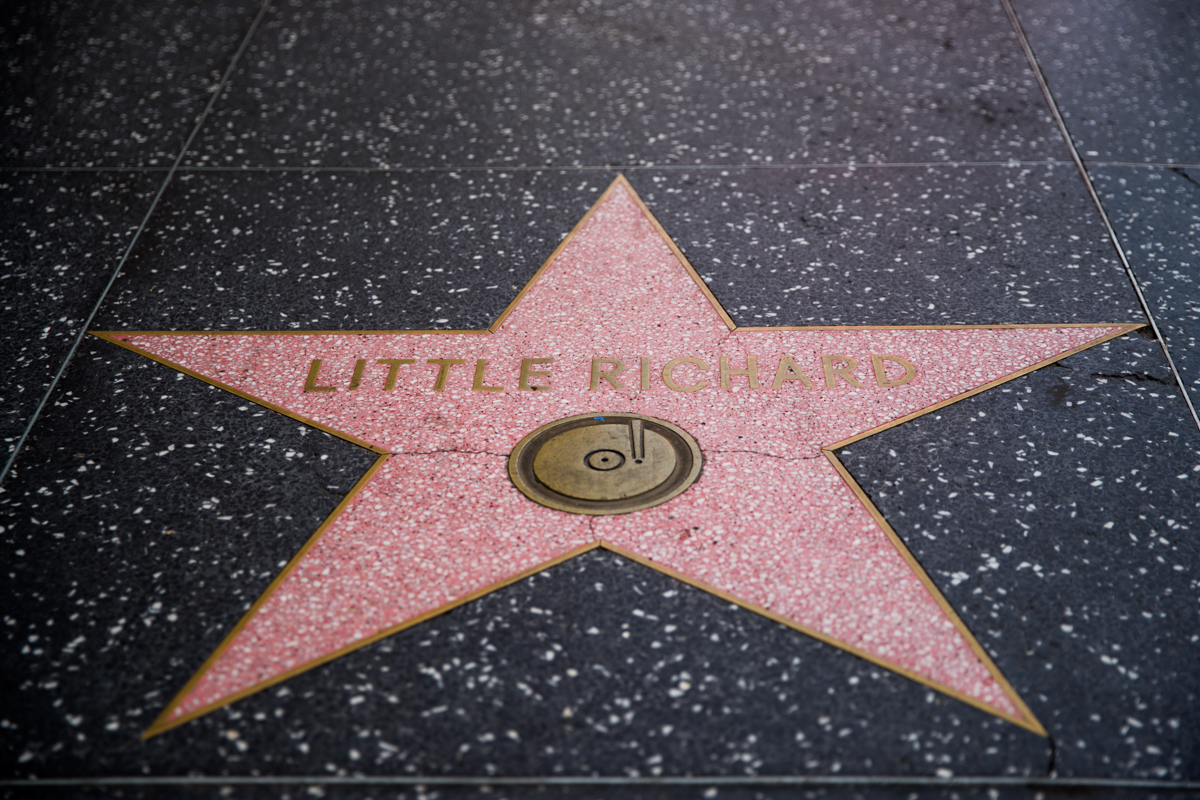 NJ: Why do you think that it?

LR: I believe God has impressed upon peoples’ minds to give the dues to the people that started the ruse, the ones that brought the tunes into being, the creators and the innovators. It’s time for them to get something. They didn’t make no money. And so they can at least get some honour. They gonna die broke, some of them. They have to even beg to bury some of these people.

NJ: Many of the Hall of Famers are still struggling for the rights to their music.

LR: That’s right. And the companies are alive and well today and won’t pay. And they’re sitting there with millions and they won’t give you a dime. And if it hadn’t been for your music, they wouldn’t even be wealthy. Or healthy. But God is still on the throne. He don’t sleep, you know. And what comes around, goes around.

NJ: How does it feel to be one of the living legends of rock?

NJ: Thanks for your time. It was an honour talking with you.