Toronto has a long history of live music recordings, from clubs, coffeehouses and dance halls to football stadiums, hockey arenas and concert auditoriums. Some have been commercially released by record companies, while others have been secretively bootlegged by nefarious fans.

The most legendary live recordings from Toronto have been those made with world famous rock, pop and blues acts like the Rolling Stones, who recorded parts of 1977's Love You Live at the El Mocambo club, where more live recordings have been made than anywhere else in the city. Others recording there include April Wine, Elvis Costello, Nick Lowe, the Cars, Big Walter Horton, Whiskey Howl, George Thorogood and Stevie Ray Vaughan. Mainline's The Last Show at the Elmo captured the band's performance there on the club's final night in 2001.

The Beatles' 1966 concert at Maple Leaf Gardens has been bootlegged, with terrible audio quality and the music drowned out by deafening screams. Three years later, John Lennon 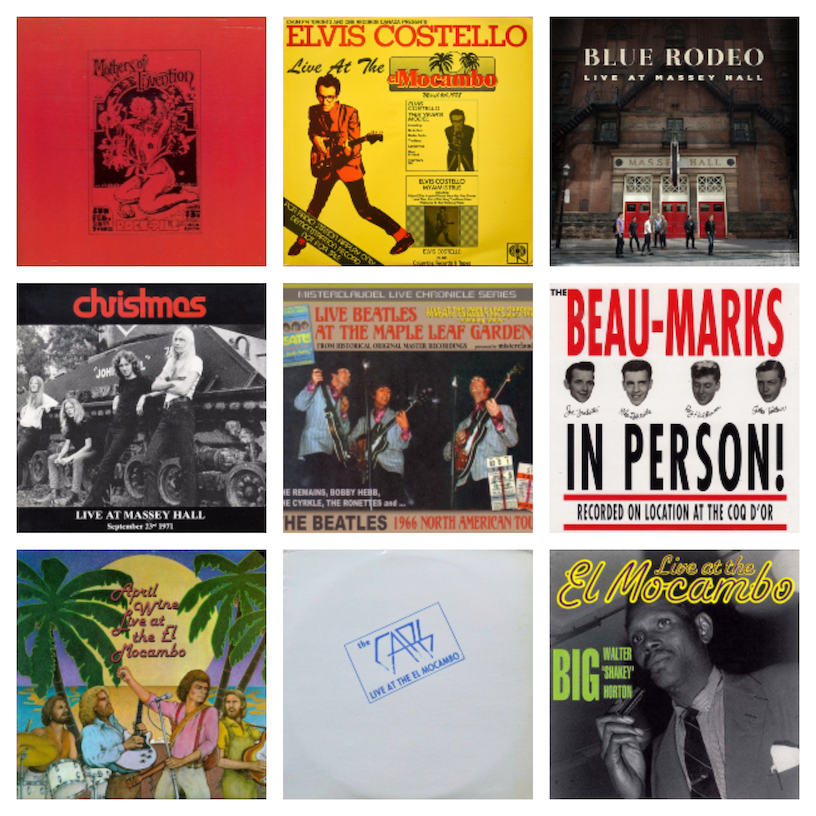 returned to the city and, together with the Plastic Ono Band, recorded Live Peace in Toronto 1969 at Varsity Stadium.

Several other rock giants have been bootlegged at the Gardens, including Jimi Hendrix's 1969 appearance and the Who's 1982 final concert of what was referred to (laughingly, in retrospect) as the band's "farewell tour."

Jazz in Toronto has been well documented, including two live recordings from Canadian guitarist Lenny Breau has two live recordings, one at the Purple Onion in 1961, with Don Francks and Eon Henstridge, and another at Bourbon Street in 1983 with Dave Young. Meanwhile, there is an early recording of Illinois Jacquet at the Mutual Arena in 1947 and, famously, Charlie Parker and four other jazz greats at Massey Halll in 1953. 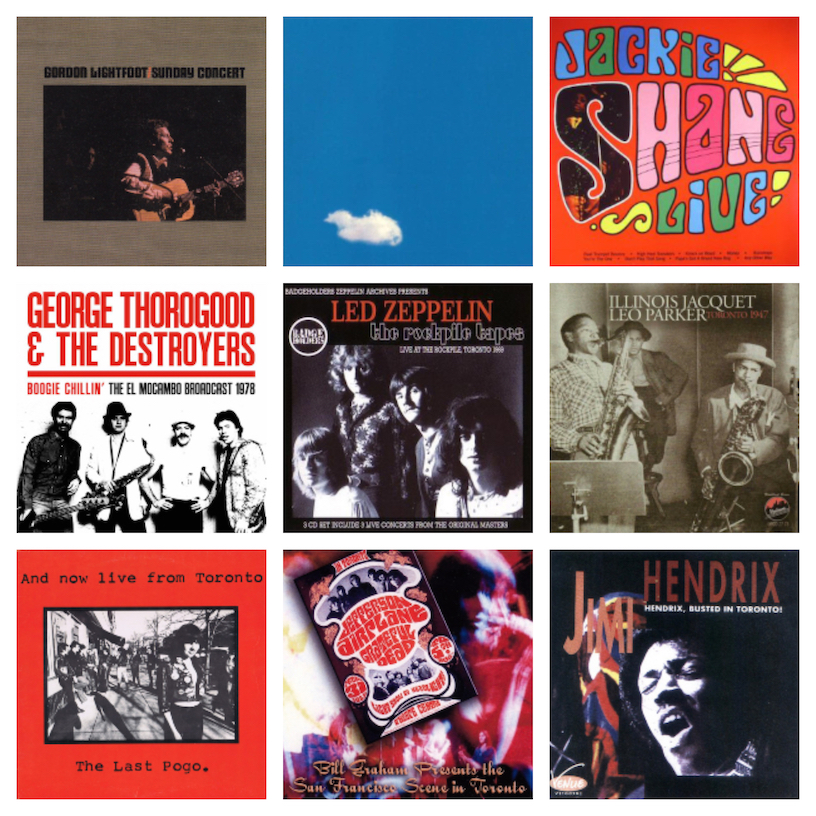 In 1967, U.S. promoter Bill Graham brought the Jefferson Airplane and the Grateful Dead to Toronto's O'Keefe Centre (also on the bill was local blues-rock heroes Luke & the Apostles). A bootleg exists of the Airplane and Dead performances. Toronto's Rockpile operated out of the city's Masonic Temple in the late 1960s and there have been at least two bootleg recordings made there, both in 1969: Led Zeppelin and Frank Zappa. Around the corner at Yorkville's Riverboat, that same year, Neil Young recorded his appearance at the famous coffeehouse and has since released that solo homecoming performance.

There have been almost as many recordings made in Toronto clubs as concert halls. Stompin' Tom Connors' residency at the legendary Horseshoe Tavern in 1971 wound up as a popular live recording, first on his own Boot label and then released via EMI and most recently reissued on vinyl for Record Store Day. The Horseshoe was also the scene in 1979 of The Last Pogo, with performances by bands like the Mods, the Ugly and Cardboard Brains. And Now Live from Toronto is the recording document of the night billed as "the last punk rock concert" in Toronto. And Neko Case's 2004 album The Tigers Have Spoken, performed with the Sadies, was partially recorded at both Lee's Palace and the Matador club. 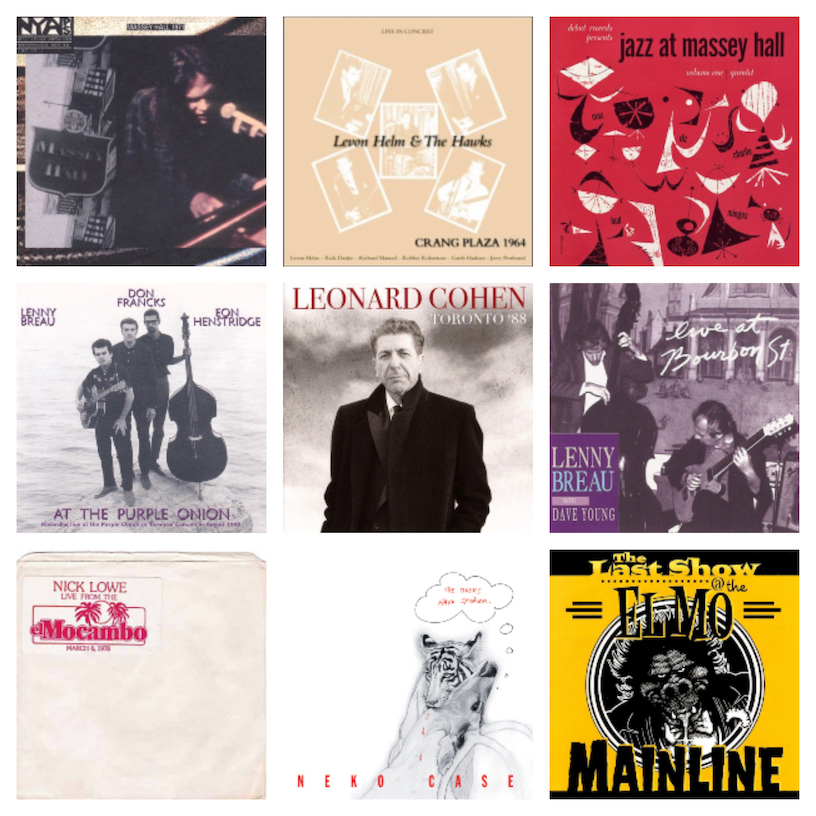 Toronto's Yonge Street scene has been reflected on recordings ranging from the Beaumarks' In Person!, recorded on location at Le Coq D'Or, to Jackie Shane's Live, recorded with the Frank Motley band at the Saphire Tavern. And although there is not yet a Yonge Street bootleg of Levon and the Hawks, there is one of the group that became the Band made at Toronto's Crang Plaza.

Finally, one of my most cherished bootlegs is of local new wavers the Sharks. A friend, who shared my obsession with the group, obtained a tape taken from the mixing board at the Edge club when the Sharks performed there in 1980. I recently digitized the cassette and created a CD cover to add to my collection of favourite Toronto live recordings.