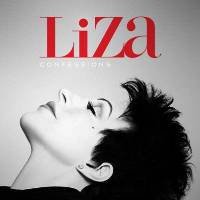 Liza Minnelli is a genuine showbiz icon, the daughter of legendary singer Judy Garland and film director Vincente Minnelli and an award-winning singer and actress in her own right. One of the world’s most beloved performers, Minnelli belongs to an elite group of entertainers—including Barbra Streisand—who have won an Emmy, Grammy, Tony and Academy Award. Her most famous film role was as Sally Bowles in the 1972 musical Cabaret, for which she earned her Best Actress Oscar.

Recordings by the singer, well known for her signature song “New York, New York,” have been all too infrequent. Her new Confessions album is her first non-cast studio recording in almost 15 years. “It just sort of happened,” Minnelli explains. “I used to have these evenings at my house, usually on a weekend, and people like Tony Bennett—or more surprising people like Janet Jackson—would come by, and we would end up singing around the piano.”

Inspired by such intimate evenings, Minnelli recorded Confessions alone, up close and personal with her long-time pianist Billy Stritch, performing her favorites from the American Songbook, including “He’s a Tramp,” “I Got Lost in his Arms” and “This Heart of Mine,” once recorded by her mother. Minnelli rounds out the recording with a stunning rendition of “At Last,” the popular standard U.S. president Barack Obama and First Lady Michelle Obama danced to at the White House ball. It’s a fitting finale: Minnelli, at long last, has delivered an album that showcases her incomparable talent.