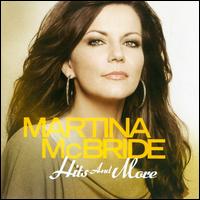 Country music loves real stories about real people. It celebrates tales of hard-luck failure and hard-won success, and embraces performers who unabashedly wear their hearts on their sleeves. Martina McBride has risen to the top of country music because she sings openly about her marriage, her daughters and such tough topics as cancer, child abuse and domestic violence. To date, the Kansas native has sold over 14 million albums with her knack for belting out soaring, heart-tugging ballads, a talent that’s led to her being called “the Céline Dion of country music.”

McBride’s story is rich in family details. She grew up singing in her father’s country band, before embarking on her own career. After meeting and marrying sound engineer John McBride, she and her husband moved to Nashville. When John hit the road as Garth Brooks’ soundboard mixer, Martina joined him, selling T-shirts and other merchandise for the country star in order to stay close to her husband. After John helped her land a recording contract, Martina became Brooks’ opening act.

Hits and More is the second greatest hits package to offer an overview of McBride’s remarkable career. Along with three new songs, the collection features such fan favorites as “Valentine” and “I Love You,” which reflect marital devotion, and the joyous “Blessed” and “Happy Girl,” which celebrate domestic bliss. Also included are empowerment songs like “Independence Day, “This One’s for the Girls” and “In My Daughter’s Eyes.” But the most powerful number is “Concrete Angel,” about an abused girl who “hides the bruises with the linen and lace.” A mother to teenage girls herself, McBride sings the raw ballad with genuine emotion—illustrating one of the very qualities that have made her a star.

Tweet
Twiggy - Romantically Yours
What was your favorite Canadian song of the 1990s?