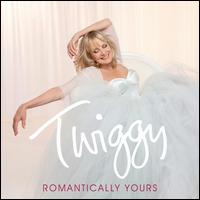 She is forever remembered as the face of swinging Sixties London, when her large eyes, long eyelashes and short hair made her a teenage modeling sensation. The thin-framed Twiggy—she earned the nickname for her skinny, twig-like legs—became the Vogue cover girl who personified mini-skirts and Carnaby Street fashions. Born Lesley Hornby, she made the transition from runway model to stage and screen actress in the ’70s, appearing in the Broadway musical My One & Only and Ken Russell’s film The Boyfriend, which earned her two Golden Globe Awards.

Twiggy has also enjoyed a singing career, releasing numerous albums and scoring hit singles like “Here I Go Again,” although that success was mostly confined to her native England, where she has maintained a high-profile with TV appearances. These days, the ever-gorgeous, 62-year-old Twiggy is a fashion icon for women of her age, with her own Twiggy London line of blouses, jackets, handbags, pumps and sneakers. She’s also still recording, having now released Romantically Yours, a collection of pop standards from different eras.

Several songs are taken from the Great American Songbook, including “Someone to Watch Over Me.” Other tracks arose from personal connections. Canada’s Bryan Adams plays guitar on his own “Heaven” (he photographed her for a breast cancer charity book), she duets with America’s Richard Marx on his “Right Here Waiting” (they met through a mutual friend) and Twiggy’s daughter Carly joins her on Neil Young’s “Only Love Can Break Your Heart.” But the better choices on Romantically Yours are those that reflect Twiggy’s roots. When she tackles “Waterloo Sunset,” Ray Davies’ ode to London, or “At Seventeen,” Janis Ian’s portrait of teenage angst, the former supermodel sings with convincing passion.