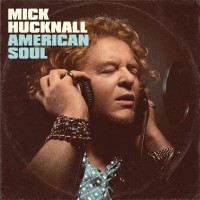 He’s best known as the curly, red-haired frontman of the British blue-eyed soul band Simply Red, which enjoyed major hits like “Holding Back the Years.” But in 2009 Hucknall announced he was retiring the name Simply Red after a farewell tour that ended in 2010, saying “25 years is enough.” He also said goodbye to a bachelor life after years of dating celebrities like actress Catherine Zeta-Jones and model Helena Christensen. Now happily married with a daughter, Hucknall has embarked on a solo career with this collection of songs by his favorite singers, including many American soul stars. He kicks off the album with a stirring rendition of Otis Redding’s “That’s How Strong Our Love Is,” before tackling Aaron Neville’s silky smooth “Tell It Like It Is.” But the showstopper is Hucknall’s tender version of “Hope There’s Someone” by Antony Hegarty, proving that the red-haired singer has lost none of his signature soul sound.