Far too many Toronto music venues have been dying, with owners falling victim to the double whammy of prohibitive rents and crippling taxes. The covid pandemic is just the latest nail in the coffin. First hit were the clubs; now it’s concert halls.

The news that the Mod Club is closing has hit the music community especially hard. The 700-capacity concert hall in Little Italy,  at the corner of College and Crawford streets, was the perfect size for mid-level international acts and local artists whose stars were on the rise. It boasted brilliant sight lines, state-of-the-art lighting and exceptional sound and became one of the venues of choice for the Canadian Music Week and North By Northeast music festivals. 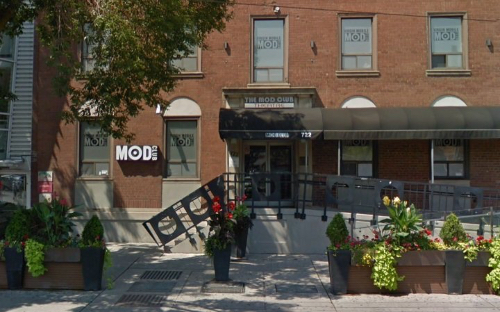 The Mod Club theatre officially opened in November of that year and soon became a desirable showcase for rock, pop, soul, EDM and hip-hop artists. With the Brit-centric taste of its owners, it’s no surprise the venue presented numerous English acts over the years, including Paul Weller and the Streets.

Famously, Amy Winehouse appeared at the Mod Club in May 2007, performing hits like “Rehab” and “You Know I’m No Good” from her acclaimed Back to Black album. Her concert is now a popular bootleg recording, while various performances from the show are available on YouTube.

A diverse range of Canadian artists share history with the Mod Club. The popular rock outfit Billy Talent held a showcase performance there in 2007, while Somali-born K’naan chose the College Street venue for the release of his Troubadour album. And Abel Tesfaye, better known as hop-hop star the Weeknd, made his live debut at the theatre in 2011. Since then, it’s been the launching pad for everyone from Charlotte Day Wilson to Daniel Caesar and Jessie Reyez. 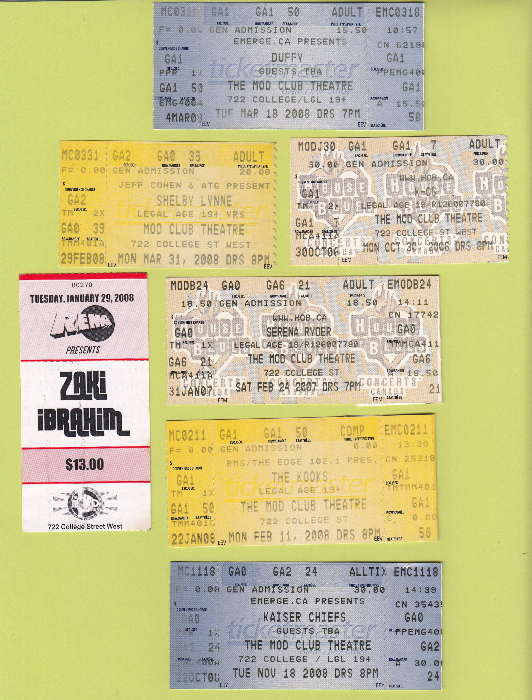 I attended dozens of concerts at the Mod Club over the years. A short list includes Downchild Blues Band (2004), K-OS (2006), Serena Ryder (2007) and, in 2008, appearances by Duffy, Shelby Lynne, the Kooks, Zaki Ibrahim, Kaiser Chiefs and Martha Wainwright. The following year, it was Glasvegas and Bajafondo, while this past decade I was in the audience for showcases by Rumer, Adam Cohen and Hey Rosetta! I was last there in 2015 for a fantastic show by Daniel Romano.

Duffy’s Mod Club concert remains a highlight. There was a huge buzz surrounding the blonde Welsh singer’s appearance. She’d just released her stunning debut album, Rockferry, with a sound that brought to mind the blue-eyed soul of Dusty Springfield—with a little Ronnie Spector girl-group pop thrown in. Would the young singer be able to match that promise on stage? Duffy didn’t disappoint. Standing there in the spotlight, the poised 23-year-old performed brilliant versions of “Mercy,” “Warwick Avenue” and her heartbroken ballad “Stepping Stone.” By the end of the night, she’d completely won me over with her soulful, world-weary sound.

Clubs and concert halls are places of discovery, sources of memories that inform and enrich us. Each time one dies, sadly, part of our city’s cultural life dies with it.

Photo of Duffy at the Mod Club, by Frank Yang.

Thanks to Denise Benson for her research on the origins of the Mod Club in her book Then and Now: Toronto Nightlife History.