Blue-eyed soul was the term coined in the 1960s to describe the sound of the rhythm-and-blues stylings of excitable white boys. The most famous exponents were America’s Righteous Brothers, the Young Rascals and England’s Spencer Davis Group, with vocalist Stevie Winwood.

One the world’s best blue-eyed soul singers has always been Canada’s John Finley. As a member of Toronto’s r&b heroes Jon and Lee & the Checkmates, Finley caused a sensation in the mid-’60s with gut-wrenching, sweat-soaked performances and hyper-adrenalized emotion in a voice that held audiences spellbound as he soared from hushed stage whisper to rafter-shaking scream.

With the Checkmates, Finley was a dominant force on the club scene in Toronto’s Yorkville and on Yonge Street, and at New York’s Peppermint Lounge and the Scene, and became known for his unbridled version of James Brown’s “Please Please Please.” The group opened two shows for the Rolling Stones at Toronto’s Maple Leaf Gardens and for the 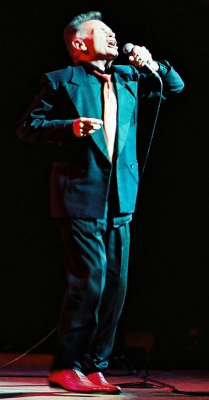 Temptations, the Chiffons and Junior Walker & the All Stars at New York’s Shea Stadium. In 1965, the Checkmates played to 65,000 people—its biggest audience ever—at the opening of Toronto’s new city hall. 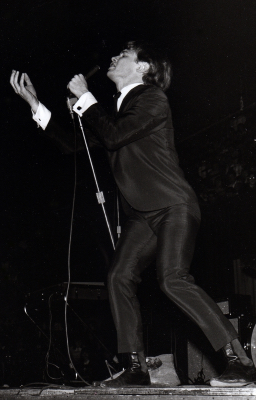 Finley and the band drew strong interest from American record company executives, including Motown’s Berry Gordy and Elektra’s Paul Rothchild. But, ultimately, the group’s only single (“Bring It Down Front” b/w “Porkchops”) came out on the U.S. ABC label and failed to get any chart action south of the border. Frustrated that they’d missed their chance, Finley and the Checkmates—one of Canada’s most promising acts at the time—disbanded.

It wasn’t long before Finley’s talent found a more prominent outlet. In 1967, when Elektra was putting together a rock supergroup, Rothchild remembered the soulful Toronto singer and asked him to fly to Los Angeles and audition. Blowing away the competition, Finley, along with the Checkmates’ Michael Fonfara, joined ex-members of Buffalo Springfield, Iron Butterfly, the Mothers of Invention and the Electric Flag, became the band known as Rhinoceros.

After Rhinoceros, Finley continued performing with groups like Toronto-based Blackstone but then relocated back to Los Angeles, where he immersed himself in the city’s gospel community. He became a featured soloist in the award-winning Voices of Inspiration and the Gospel Music Workshop of America Mass Choir. Then, in the ’90s, Finley returned to his original love of jazz and performed with Soulbop. 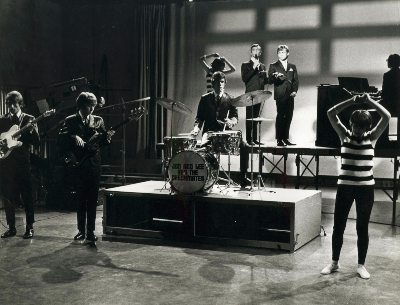 Now the 75-year-old Toronto music legend has released a potent solo album, titled appropriately simply Soul Singer, and the results prove that Finley’s power remains undiminished. Produced by Lou Pomanti who plays piano and organ throughout, the 11-song collection features, unsurprisingly, a good deal of the gospel-soaked soul for which Finley is famous. It opens with Finley’s signature “Let Me Serenade You,” which he takes deep into gospel territory. And it closes with Finley’s beseeching cover of “Who Will the Next Fool Be,” a Charlie Rich song popularized by Bobby ‘Blue’ Bland. Listen to "Let Me Serenade You" 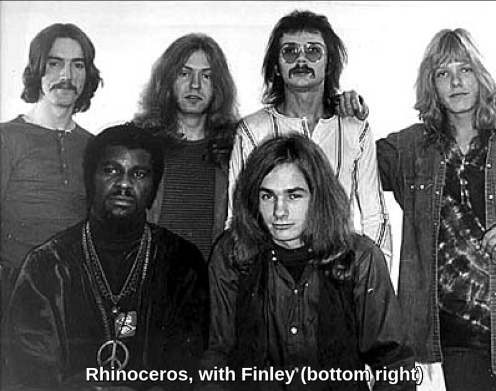 Between those impassioned bookends, Finley packs plenty of variety, with a mix of seven jazz, blues and funk originals. His Rhinoceros bandmate Danny Weis adds dazzling guitar riffs to the Funkadelic-like “Go” and the moody, groove-laden “Money Love.” Finley slows things down tastefully, but no less movingly, on jazz ballads like the sax-drenched “What Time Can Do” and the torchy “Dear Delilah.”

The two remaining covers are also standouts. Finley serves up an inspired version of the standard “Save Your Love for Me,” made famous by Nancy Wilson, with Pomanti’s piano flowing perfectly alongside his heartfelt vocal delivery. And just when you thought you’d heard enough versions of Leonard Cohen’s “Hallelujah,” Finley comes along to take it way up into the stratosphere, building intensity and injecting church-like fervor, backed by Pomanti’s organ and the Levy Sisters’ heavenly vocals. By the song’s ecstatic finish, Finley has made Cohen’s popular hymn entirely his own.

Finley’s blue-eyed soul credentials have never been in doubt, dating back to the 1960s and the birth of the Toronto Sound. What Soul Singer reveals, so convincingly, is just how deep and rich John Finley’s distinctive brand of soul has now become.

Soul Singer is available on iTunes and via https://www.johnfinleymusic.com