Most drummers stick with the backbeat. With few exceptions (Levon Helm, Ringo Starr, Don Henley and Father John Misty come to mind), the dudes behind the kits rarely step forward to become solo artists in their own right. 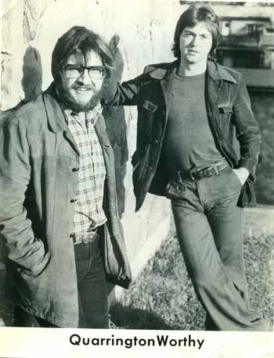 Toronto’s Martin Worthy has always been a different kind of drummer, one who could easily pick up a guitar and croon a sweet folk ballad or a wry country tune—songs he’d come up with when no one was watching. Although he started out in high school pounding the skins in various rock and soul bands, Worthy was really a singer-songwriter trapped in a drummer’s body.

During the 1970s, Worthy partnered with his friend Paul Quarrington in a Seals & Croft-style folk duo called, naturally, Quarrington Worthy. The pair even scored a #1 adult-oriented-radio hit with “Baby and the Blues,” a laidback romantic ditty they co-wrote. Both it and the Quarrington Worthy album were engineered by Daniel Lanois. 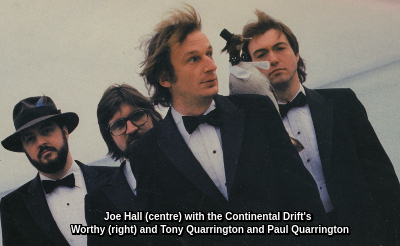 At the same time, to make ends meet, Marty and his buddy Paul signed on as the rhythm section for eccentric folk-rocker Joe Hall. Often, while touring Canada, they’d do double duty, opening as Quarrington Worthy and then joining Hall’s Continental Drift for the main show. 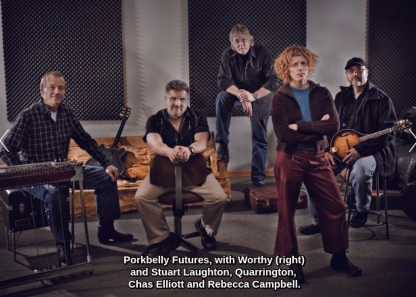 some of the wittiest, most literate songs around. One of the best numbers was Worthy’s “Fictional World,” about a jealous guy who bemoans how CanLit star Michael Ondaatje had stolen his girl, swept her away with the exquisite prose of works like In the Skin of the Lion. "A hopeless romantic," Worthy sings, "I can't compete with that." Quarrington, Worthy's lifelong friend and musical partner, passed away in 2010.

Lately, Worthy’s been performing and recording with two Toronto-based bands—Collette Savard & the Savants and Stuart Laughton’s Radio Dial Band. But all the while, he’s been busy working on original music in his home studio. The fruit of Worthy’s efforts are the five songs released on his fine new EP titled, obviously, 5.

The recording kicks off brilliantly with “Babies in Babylon,” a moody number with a great groove and lyrics that deal with generational aspirations. “Walk in Grace,” a feelgood country tune with a sunny, gospel-tinged chorus and an aching pedal steel guitar, is another highlight. There’s one delicious cover: a cool version of the Kinks’ “Tired of Waiting for You,” with Worthy wrenching new emotion out of Ray Davies’ mid-’60s classic. Worthy’s vocals throughout are warm and assured, while the production is admirably unfussy. His drumming, as always, is clean and crisp.

With this collection of gentle, thoughtful songs, Worthy—the multi-faceted drummer—has crafted a quiet gem for these troubled times.

Martin Worthy's 5 is available on iTunes and at https://martinworthy.com