The illustrious history of Toronto's famous Colonial Tavern, once one of North America's top music clubs, is now etched into the sidewalk at 203 Yonge Street on a fabulous granite disc, thanks to the Downtown Yonge business association and MOD Developments. The disc, which features the names of over 130 artists who performed at the Colonial, was unveiled on Oct. 29, 2020. 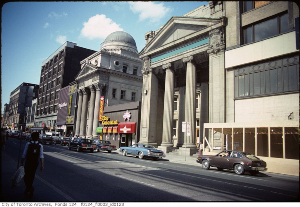 So many Canadian artists—of all genres— played Toronto’s storied Colonial, from Cy McLean & his Rhythm Rompers (who broke Yonge Street’s colour barrier in the late ‘40s) to The Viletones (who simply tore up the place in the ‘70s). 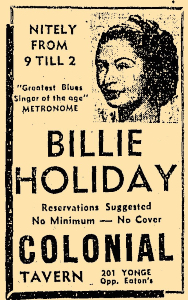 Through the 1950s and into the '60s, the world's top jazz artists played the Colonial, including Oscar Peterson, Ella Fitzgerald, Billie Holiday, Dizzy Gillespie, Miles Davis and Thelonious Monk. By the late '60s, blues music found a home there and the Colonial featured such stars as Muddy Waters, Howlin' Wolf, Willie Dixon and B.B. King.

Blues at the Colonial had a huge impact on Toronto audiences and musicians. Local acts like Grammy award winning artists Colin Linden was first inspired seeing and 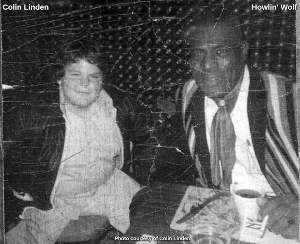 meeting Howlin' Wolf as a 10-year-old there, while performers including Whiskey Howl and Downchild Blues Band were all deeply influenced by the blues artists on the Colonial's stage.

Into the '70s, the Colonial featured early downtown performances for guitar hero David Wilcox as well as prog rockers Rush. And, before the Colonial closed at the end of the decade, its basement became home to punk and new wave acts from Teenage Head, Rough Trade and the Diodes to England's the Jam.

The Colonial disc marks an important chapter in Toronto's musical past. Next time you find yourself on Yonge Street, check out the disc on the site of the famous club and see a sampling of the many stars who performed there.