Even in the Live-Aid era of pop music, when star-studded concerts for good causes have become a fixture on the rock ’n’ roll calendar, it was a landmark event. Amnesty International brought its Human Rights Now! show to Toronto last week, with an eight-hour concert featuring six of pop’s leading artists, kicking off the North American leg of the most ambitious world tour in rock history. The six-week tour, which began in London on Sept. 2, was to touch down in Montreal last Saturday before continuing to scheduled concerts this week in Philadelphia, Los Angeles and San Francisco. 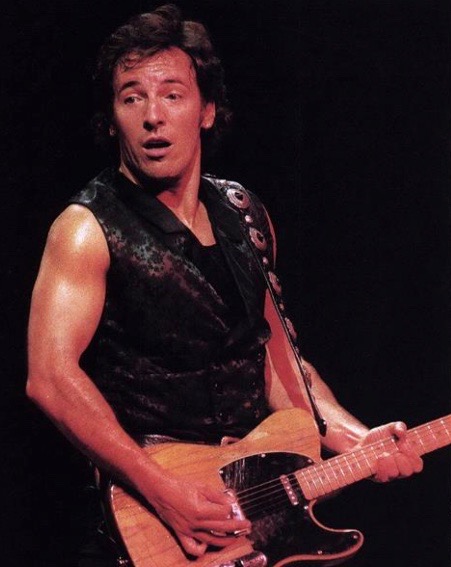 While pop musicians in the 1980s have increasingly adopted social concerns and appeared in concerts around the world, never before has a group of stars taken music with a message to the far corners of the globe. And the performers—Bruce Springsteen, Sting, Peter Gabriel, Tracy Chapman and Youssou N’Dour, all of them donating their time—rank as one of the most talented and diverse lineups ever assembled.

Senegal’s N’Dour—an international star best known for his singing with Gabriel—opened the Toronto show, performing a lively set of African rhythms and dancing. He was followed by Canada’s k. d. lang, who added her giddy country charm to the evening with a comical square dance, and later delivered a wrenching version of Roy Orbison’s “Crying.”

The mood turned more serious as the new American folk sensation Tracy Chapman performed a selection of her soul-baring ballads and stark protest songs, including “Talkin’ ’bout a Revolution.” It was all for the benefit of Amnesty International, the London-based, Nobel Prize-winning organization that campaigns on behalf of political prisoners and has 700,000 members and subscribers worldwide.

Throughout the show, the crowd was reverential when the artists performed their more political songs. When Britain’s Gabriel broke into “Biko,” his haunting tribute to the black student leader who was killed in a South African prison in 1977, many people in the audience lit candles and cigarette lighters. Many held up banners when Sting dedicated his hit song “Set Them Free” to imprisoned black South African leader Nelson Mandela and to the children in that country’s jails. 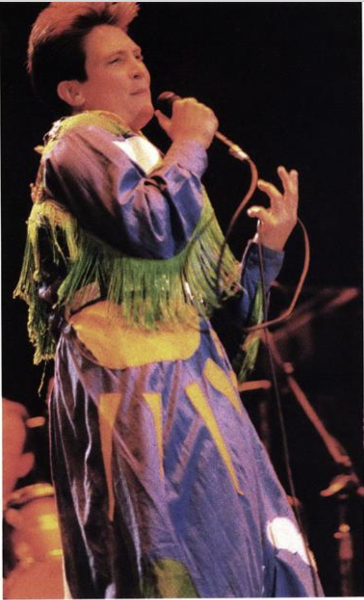 By the time Springsteen took to the stage with his E-Street Band near midnight, his foot-to-the-floor brand of rock ’n’ roll had 16,500 people on their feet. Then, the crowd sang along when all of the evening’s stars joined together for an emotional finale featuring two songs from pop’s past: Bob Marley’s “Get Up, Stand Up” and Bob Dylan’s “Chimes of Freedom.” And when the group sang Dylan’s line about bells tolling “for each unharmful gentle soul misplaced inside a jail,” their voices struck the evening’s most resonant chord.

Those now-classic anthems of human rights encapsulate the message of the ground-breaking tour. Amnesty International, which has been campaigning on behalf of political prisoners since its inception in 1961, is using the medium of rock music to help promote the United Nations Declaration of Human Rights, during the 40th anniversary of the charter. By the time the $23-million tour—which is underwritten by the U.S. shoe manufacturer Reebok International Ltd.—closes on Oct. 15 in Buenos Aires, the artists will have taken Amnesty’s message on a journey of more than 35,000 miles, to one million people in 14 countries on five continents.

Concert-goers along the tour receive copies of the UN declaration, and an animated film shown during each concert outlines its tenets. For Amnesty International U.S.A.’s executive director, Jack Healey, who conceived the tour, rock music is the perfect vehicle to mobilize global support for human rights. Said Healey, a 50-year-old former Franciscan monk: “The nature of rock ’n’ roll is a desire for freedom and a rebellion to get there. And that is what Amnesty is about.”

Amnesty first turned to rock ’n’ roll two years ago when Healey organized the six Conspiracy of Hope concerts in the United States to focus attention on prisoners of conscience around the world. The tour featured Sting, Gabriel, Ireland’s U2 and Canada’s Bryan Adams, among others, and succeeded in doubling Amnesty’s American membership to 250,000. That success helped to inspire the much more ambitious current tour. It amounts to a kind of human-rights caravan, with the artists and support staff of 180 travelling on a private DC-10 jet that carries 50 tons of sound equipment, instruments and luggage.

Also accompanying them are Amnesty activists and victims of repressive governments—including a Chilean torture victim and a survivor of Cambodia’s brutal Khmer Rouge regime. Tour organizers say that the victims are travelling with the tour in order to provide the performers with firsthand accounts of human rights abuses. Said tour spokesman Mary Daly: “Every day, the commitment of the artists intensifies.” 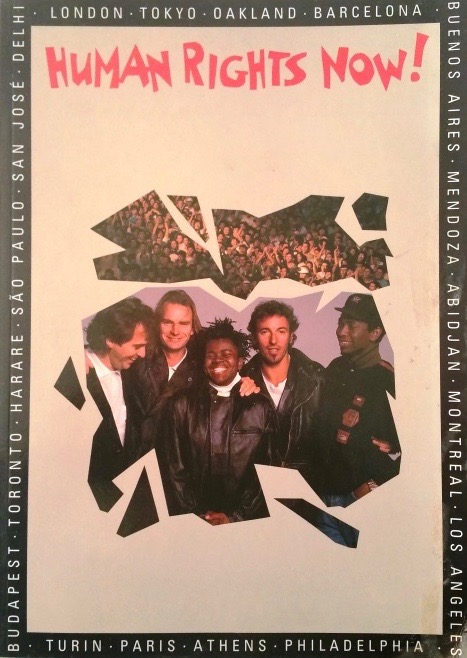 Some of the tour’s stops are places where socially conscious Western rock has rarely, if ever, ventured—including behind the Iron Curtain and in such Third World countries as Zimbabwe and India. And some of those concerts are clearly making an impact: top-ranking Hungarian and Eastern Bloc officials attended the Budapest event, during which 100 high-school students collected 40,000 signatures in support of the UN declaration. There, Sting and Gabriel drew attention to the plight of ethnic Hungarians in neighboring Romania. And last week, before the San José concert, Costa Rican President Oscar Arias invited Springsteen and the other touring artists to his office for a 45-minute discussion about his Central American peace plan and regional tensions.

Still, the Amnesty tour has experienced difficulties. After Toronto organizers found the 40,000-seat Canadian National Exhibition stadium booked for baseball, they were left with the 16,500-seat Maple Leaf Gardens arena—and a lot of disappointed fans. Last week’s San José concert, the first by Western pop stars since the rock group Santana’s appearance there in the early 1970s, managed to attract 30,000 people despite heavy rains and protests by Roman Catholic Church leaders who fear that rock music encourages drug use. And later in the week, Amnesty organizers were attempting to finalize plans for a concert in New Delhi on Sept. 30 but were hampered by the fact that a soccer match is taking place in the stadium the night before—leaving the tour insufficient time to set up equipment.

What threatens to dampen spirits on the tour most is the possibility that Soviet officials will turn down Amnesty’s request to stage a concert in Moscow on Oct. 3. According to Daly, a show in the Soviet capital remains “our only goal not yet achieved.” In the interests of giving the tour a truly global reach, Daly said, Amnesty is even willing to add the Moscow concert at a later date in the tour. But, she added, time is running out. And Amnesty may decide to mount a concert in Athens instead.

Meanwhile, members of Amnesty’s Canadian section say that the concert tour will bring in new support. Roger Clark, the organization’s secretary general, said that he expects to see its 12,000-membership increase by as many as 4,000 supporters. Said Clark: “Grassroots work in Amnesty tends to be handing out leaflets in shopping malls, but with the tour it has gone way over the top.” And conveying a human-rights message through music is an idea that is spreading, as Amnesty chapters across Canada plan to hold local rock concerts on Oct. 15 to coincide with the end of the global tour. On the same day, many Canadian radio stations will broadcast the Buenos Aires concert, while on Dec. 10, Canada’s MuchMusic channel will televise highlights of the whole tour.

Those local concerts across Canada next month will take their inspiration from the Human Rights Now! tour and its use of rock as a tool for social change. When the show’s all-star cast gathers at the end to sing “Chimes of Freedom” and “Get Up, Stand Up,” the scene draws together three decades of that tradition, with leading pop artists of the late 1980s singing classic protest songs from the 1960s and 1970s. Standing between a muscular Springsteen and a stylish Sting, newcomer Chapman appears a slighter, less confident figure. But with her chilling brand of protest music currently at the top of the charts—and at the centre of each show—the 24-yearold performer clearly represents the new generation. As Amnesty’s human-rights caravan rolls on, it is reaffirming the rebellious spirit at the centre of rock.