He’s one of the most famous musicians of the 20th century and a rock guitarist of unparalleled talent. Although his mainstream career lasted only four years before his death on Sept. 18, 1970 of an apparent drug overdose, Jimi Hendrix shone so brightly that today his albums and concert appearances are the stuff of legend. The official Hendrix website, run by his estate, painstakingly catalogues every recording and performance he ever made under his own name. And many devoted fan sites do the same.

As most fans know, the Jimi Hendrix Experience performed twice in Toronto: once at the Canadian National Exhibition on Feb. 24, 1968, on a bill with England’s Soft Machine and Toronto’s own Paupers; and again at Maple Leaf Gardens on

May 3, 1969. It was during the latter visit that Hendrix was busted by the RCMP for allegedly “illegally possessing narcotics.” He returned to the city twice that year for his preliminary hearing and trial.

What is less well known is that Hendrix may have performed in Toronto as early as 1966. Before he became a star, Hendrix, then known as Jimmy James, served as a sideman in numerous bands, performing with r&b acts like Little Richard and the Isley Brothers. On May 6, 1966, Hendrix played with a house band at Manhattan’s Prelude Club for an Atlantic Records party to celebrate Percy Sledge’s success. Various Atlantic stars paid tribute to Sledge, including Esther Phillips and Wilson Pickett. When Pickett got up to perform his hit “In the Midnight Hour,” Hendrix, dressed in bow-tie and tuxedo and playing a Fender Jazzmaster guitar upside down, was in his band backing him. The image of Pickett and Hendrix onstage together was captured by William “PoPsie” Randolph, the preeminent paparazzo photographer of the New York music scene. 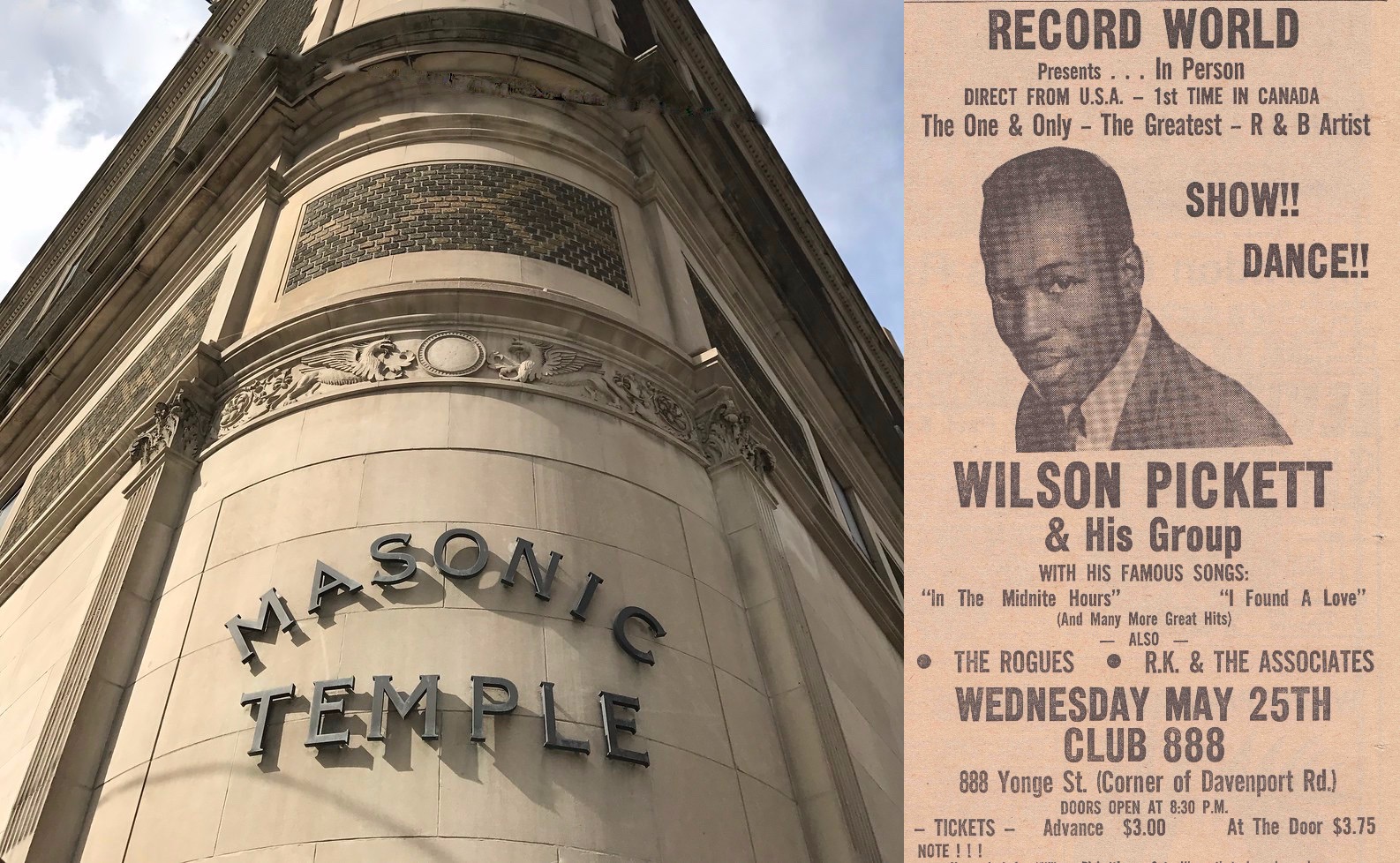 Just over two weeks later, Pickett performed for the first time in Canada, appearing at Club 888 in Toronto’s Masonic Temple, at the corner of Yonge and Davenport. Club 888 was the forerunner of the Rock Pile, the city’s storied psychedelic ballroom where Led Zeppelin, Frank Zappa and others performed. Club 888, run by Norm Muir, who’d been holding dances across Toronto under the title “Norm’s Rock, had begun featuring Toronto r&b bands as well as local rock and pop acts. But landing “Wicked Wilson” was a major coup and the advertisement that ran in the Toronto Telegram plugging his May 25th appearance, screamed “The One & Only – The Greatest – R & B Artist.”

So was Jimmy James, later to be known as Jimi Hendrix, with Pickett at Club 888? It would be logical to assume that he was, since he’d backed the r&b star in New York such a short time earlier. But memories today are fuzzy. Toronto’s Rogues and Roy Kenner & the Associates were also on the bill for that sold-out show. And neither the Rogues’ George Olliver nor Kenner can remember seeing a guitarist in Pickett’s band playing a left-handed Fender Jazzmaster. In fairness, as singers themselves, it’s likely they were more focused on Pickett than his sidemen. 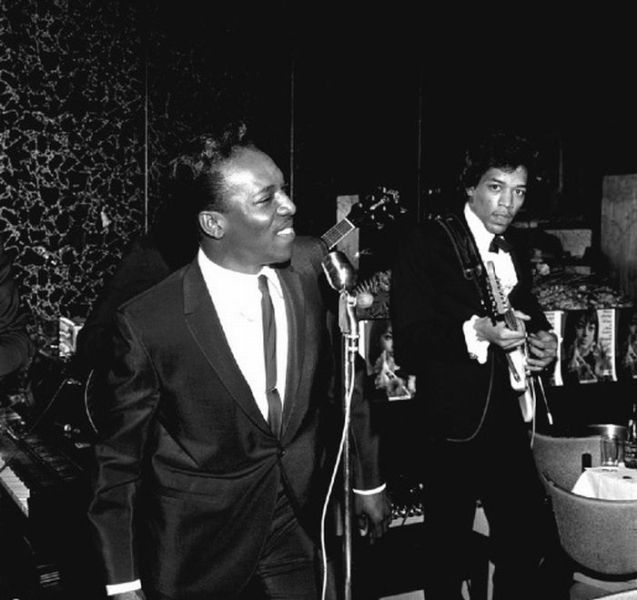 However guitarist Mike McKenna, then a member of Luke & the Apostles who was in the audience that night, has a completely different perspective. “I was amazed at the guitar player who played a right-handed guitar as a lefty and upside down,” says McKenna. “Was it Jimi? I now believe it was. As a young guitarist myself, I was amazed at how good he was and playing that way.”

If it can be proven that Hendrix was indeed onstage at Club 888 that night in the spring of ’66, it would add an important new detail to the legend’s story. Maybe one day photos from the Pickett concert will emerge. In the meantime, it remains a tantalizing piece of Toronto music lore.

Postscript: Dave Bingham, lead singer with Toronto's Ugly Ducklings, has shed more light on the Jimmy James/Jimi Hendrix mystery. In his wonderful memoir, Noise from the North End: The Amazing Story of the Ugly Ducklings, Bingham recounts how the Ducklings opened for Wilson Pickett in Peterborough, Ontario, when the soul star stopped in Canada during the spring of '66 and how Pickett's guitarist "played his Stratocaster upside down and backwards [and] at one point...with his teeth." The Ducklings, added Bingham, were in awe of the showmanship. After the concert, Jimmy James complimented the Ducklings' Roger Mayne on his guitar work. The kicker to Bingham's story: "It wasn't until almost a year later that we found out that Jimmy James was actually Jimi Hendrix."