Book Excerpt: The Soul Crusade of the Mighty Mandala

For much of 1965, guitarist Domenic Troiano, singer George Olliver, bassist Don Elliot and drummer Whitey Glan were the house band at Toronto’s after-hours rhythm & blues club the Bluenote, downtown near the corner of Yonge and Gerrard streets. At the time, they were known as Whitey & the Roulettes. But with the addition of keyboardist Joey Chirowski, the group adopted a harder-edged sound and started calling themselves the Five Rogues. Donning pinstripe, 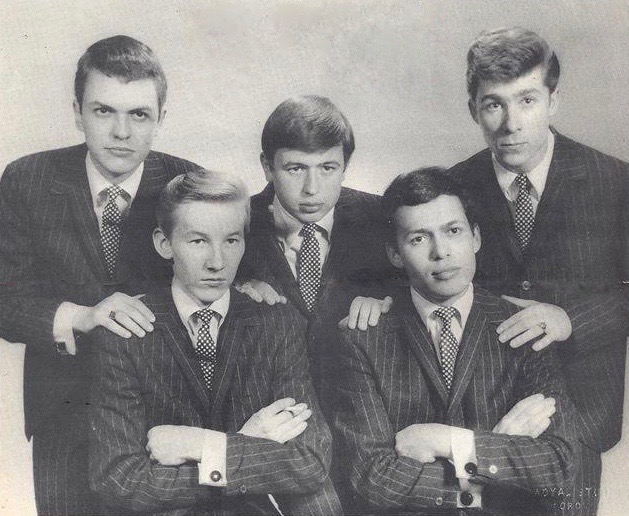 gangster-style suits bought from tailor-to-the-stars Lou Myles, they began living up to their name as ruthless purveyors of blue-eyed soul.

By the following year Toronto’s Yorkville district, like New York’s Greenwich Village and San Francisco’s Haight Ashbury, was undergoing a counter-cultural transformation into a hippie haven that embraced free love, spiritualism and psychedelic drugs. From the vantage point of the Bluenote, Troianoʼs Five Rogues looked over at Yorkville and decided they needed a dramatic facelift. The band disappeared briefly from the scene in 1966 and reappeared as the Mandala, choosing the name because of its mystic connotations. To the Buddhist, the mandala was a mind-expander, a way to communicate with his being, his soul. It was a perfect expression of the groupʼs commitment to soul music as well as hinting at Eastern religions, then enjoying a vogue in the Western world. 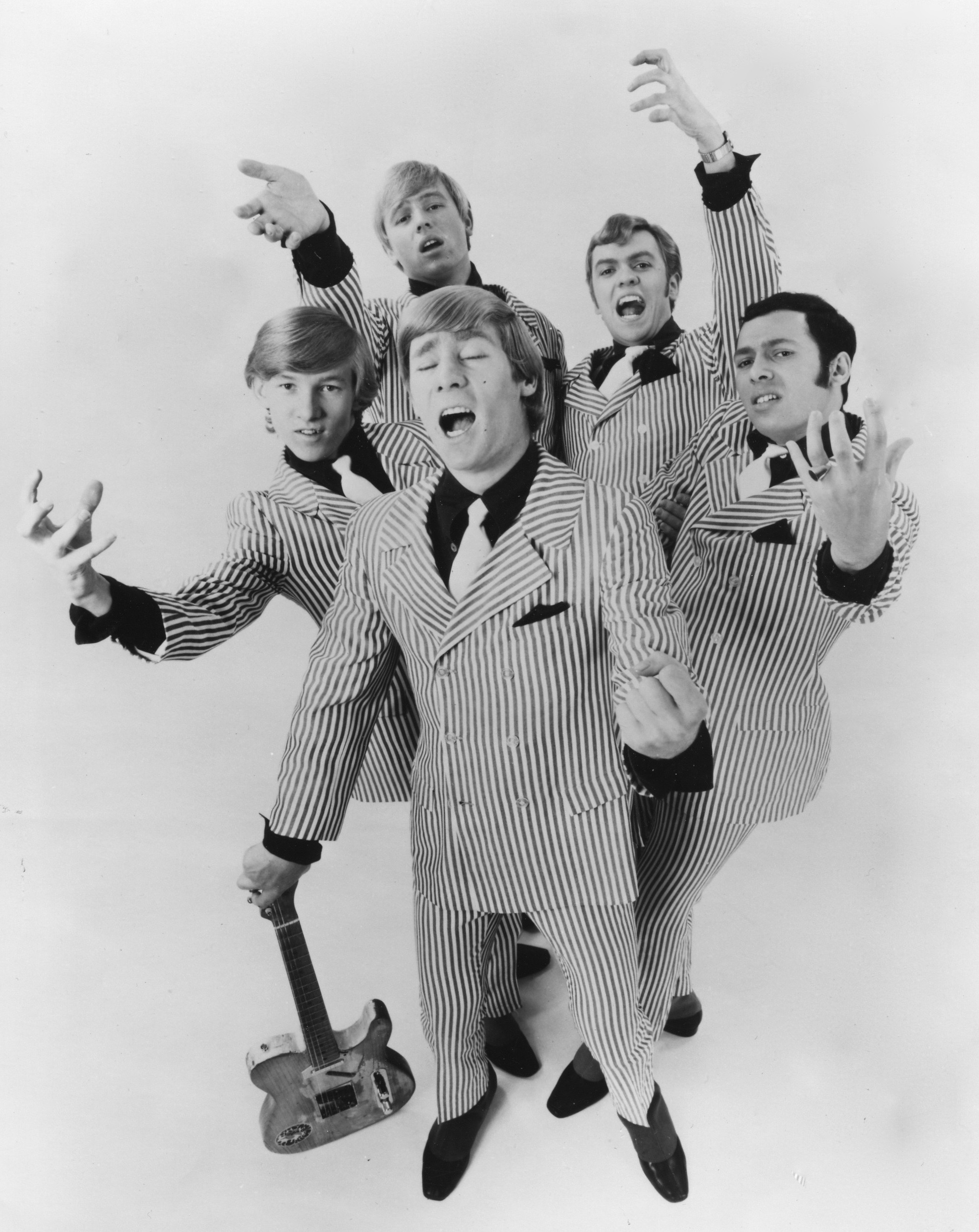 Along with a new name, the Mandala boasted something few Canadian bands had in 1966: a smart, aggressive manager. The group had been fired from the CNE for its “dangerous” display of emotion a year earlier, when Olliver whipped his teenage audience into an emotional frenzy. Manager Randy Markowitz, who began his career as TVʼs Captain Randy Dandy, ensured it made headlines in all three Toronto newspapers. “It was amazing,” says Troiano. “Randy was a master manipulator of the media. He saw the publicity potential in everything and exploited it.” Markowitz upped the Mandalaʼs fee dramatically. “Randy just decided that we were now worth $1,000 a night,” says Troiano, “and we started getting it. Going from $150 to $1,000 a night is a quantum leap. It suddenly put us in an entirely new league.”

At the same time, Markowitz introduced a revolutionary technique to Mandala performances. Where most bands used only standard spotlights, the Mandala began using coloured lights synchronized to the music and flashing strobe lights—among the first bands in Canada to do so. “The first night we used them with an audience,” recalls Troiano, “people went nuts. They got disoriented and were staring at their hands and how it made them look. It was so weird.” Later, the strobe effect was the talk of the town. Says Troiano, “Guys were asking us, ʻWhat did you do to your audience, give them drugs?ʼ It really made a big impression.” 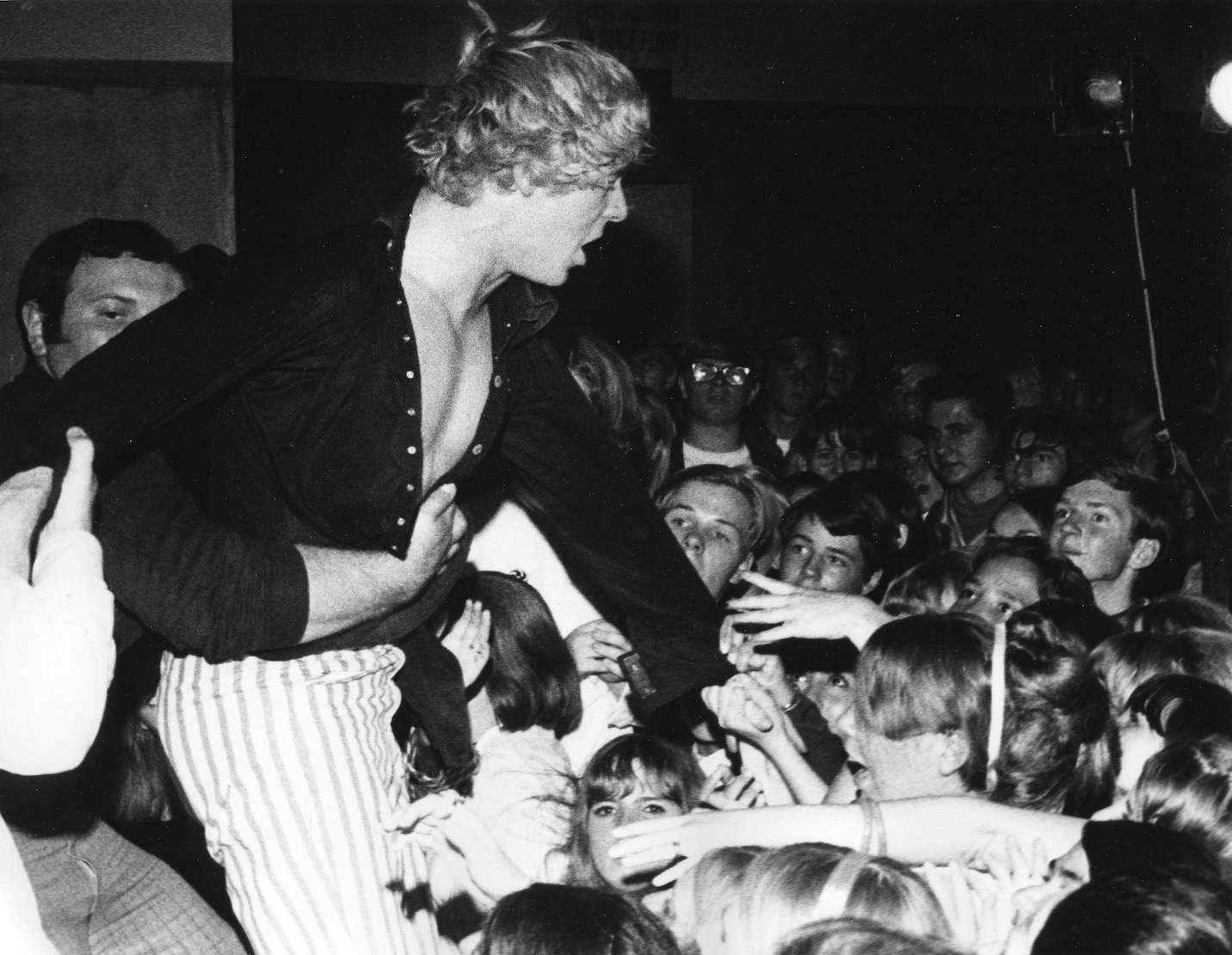 Although other acts mined similar musical terrain, none carried it off with such missionary zeal as the Mandala. Indeed, Troiano and his fellow evangelists, dressed in their brightly coloured, candy-striped suits, even dubbed their show a “soul crusade.” “Our gigs started becoming more like events at that point,” laughs Troiano. “We enjoyed trying to outdo ourselves.”

Once, when the Mandala played the Hawkʼs Nest, the teenage dance hall above the Le Coq DʼOr, Olliver decided to do a pied-piper number. Venturing out into the audience in mid-song, he ran downstairs and out onto Yonge Street with the whole crowd following. Then he raced around the corner, up the back stairs and re-entered the club. His audience, out of breath from the chase, was back at the stage with him as he resumed the song. 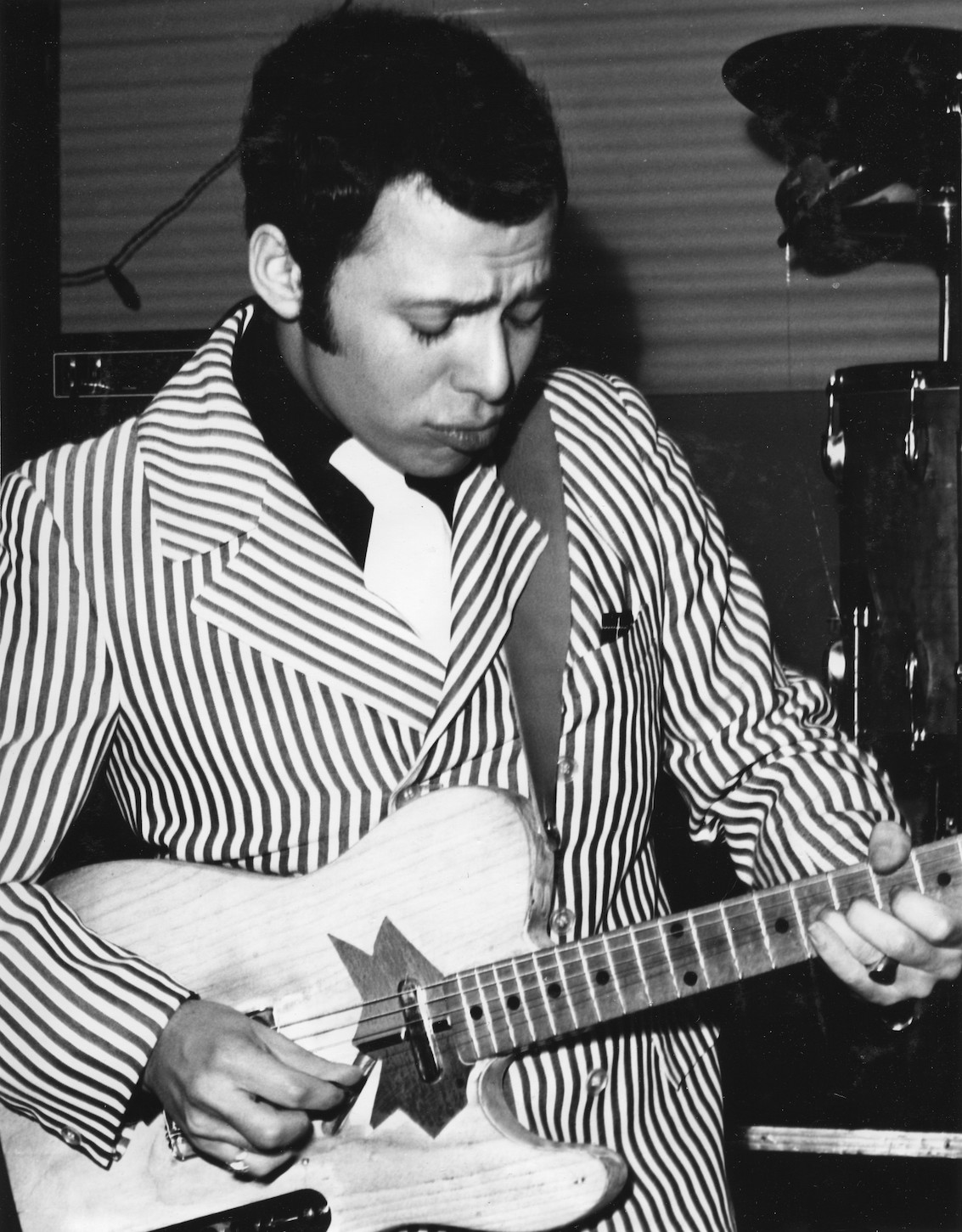 While Olliver won followers with his James Brown–inspired routines, right down to the acrobatic leaps and splits, Troiano wowed audiences with his fluid, in­ventive guitar solos. “I got away from the blues thing,” Troiano admitted, “because it was pretty basic, three-chord, twelve-bar stuff. I liked a lot of harmonic things, chord changes and different time signatures.” As a result, the Mandalaʼs music started taking on a sophisticated feel, with jazzier colours and mood shifts.

Troianoʼs Mandala seemed destined to break into the United States. “The Mandala are about to take off,” gushed pop critic Jack Batten at the time. “And when they do theyʼre going to take a lot of Canadian rock groups up to the top with them. Theyʼre going to make the Toronto Sound big. Big—thatʼs big like in the Mersey Sound. Big sound, big money, big everything.”

Fuelled by the hype, the Mandalaʼs manager hooked the band up with the William Morris Agency, the top booking agency in the States, and secured a gig at Los Angelesʼ trendy Whiskey A Go- 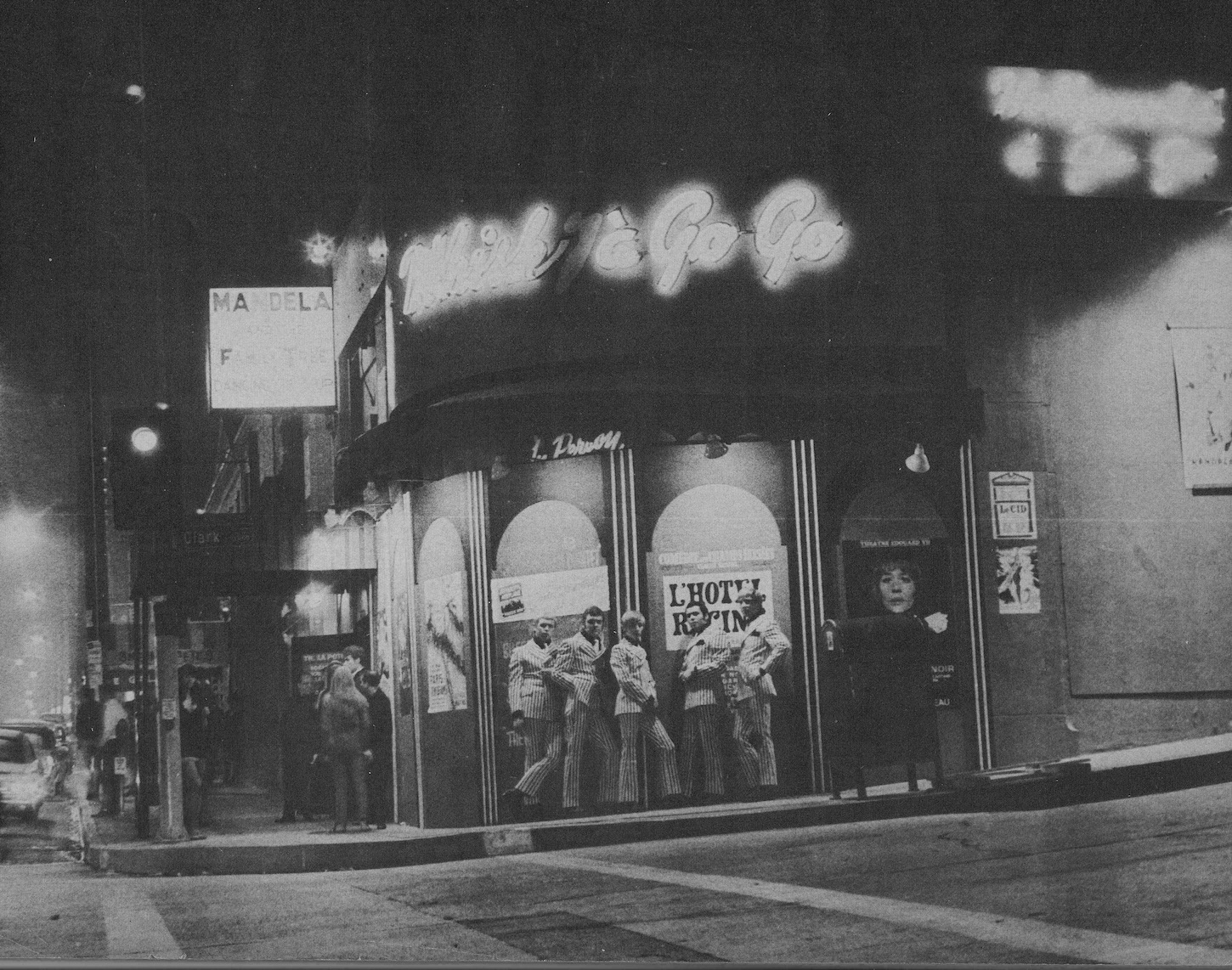 Go. After generating a buzz at their Whiskey show, the Mandala opened a three-week gig at Hollywoodʼs Hullabaloo club where they eventually drew a capacity crowd of 1,400 by word of mouth. During the second week, Olliver was mobbed by young girls as he fled the stage after the last number. And by the third week, according to one newspaper account, “the group had to cut short its finale, as teeny-boppers thronged the stage clutching at Olliver and dragging drummer Whitey Glan off his perch.”

The Mandala returned home as heroes and played standing-room-only shows. One night, the band was performing at the Hawk’s Nest while bluesman Bo Diddley was in at the Le Coq DʼOr. During a break, Diddley came upstairs to hear these so-called blue-eyed soul wonders. Impressed by what he heard, the man who put the jungle-beat back in rock ʼnʼ roll returned home to Chicago and mentioned the Mandala to the people at his label, legendary Chess Records. A few weeks later, producer Marshall Chess flew up to catch Troiano and his band perform at the YMCA in Hamilton and promptly signed them. 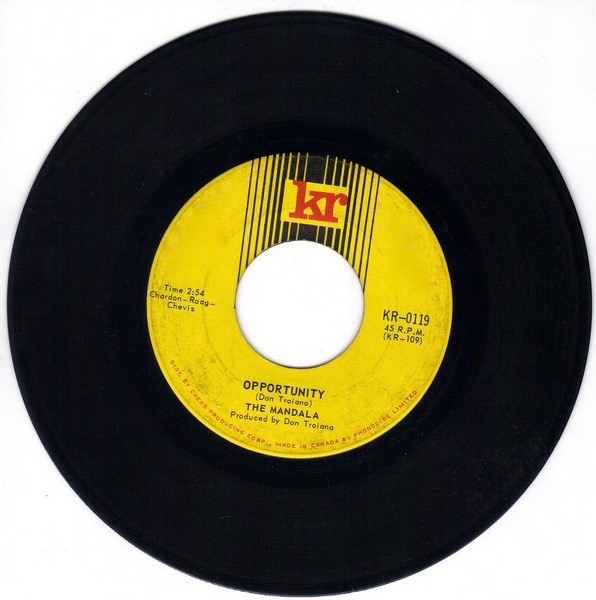 Troiano and his mates were ecstatic. Chess was the home of Muddy Waters and many of their other heroes. In Chicago, the Mandala recorded the first of three singles that rank among the best to come out of Canada in the 1960s. Troianoʼs “Opportunity,” especially, captures the exuberance of the band. With a spirited introduction drawn from their California sojourn—“We came three thousand miles from Canada to L.A., to tell you exactly how we feel”—the song, all sass and syncopation, zoomed up the CHUM chart to number three in February of 1967. The opportunities seemed limitless. 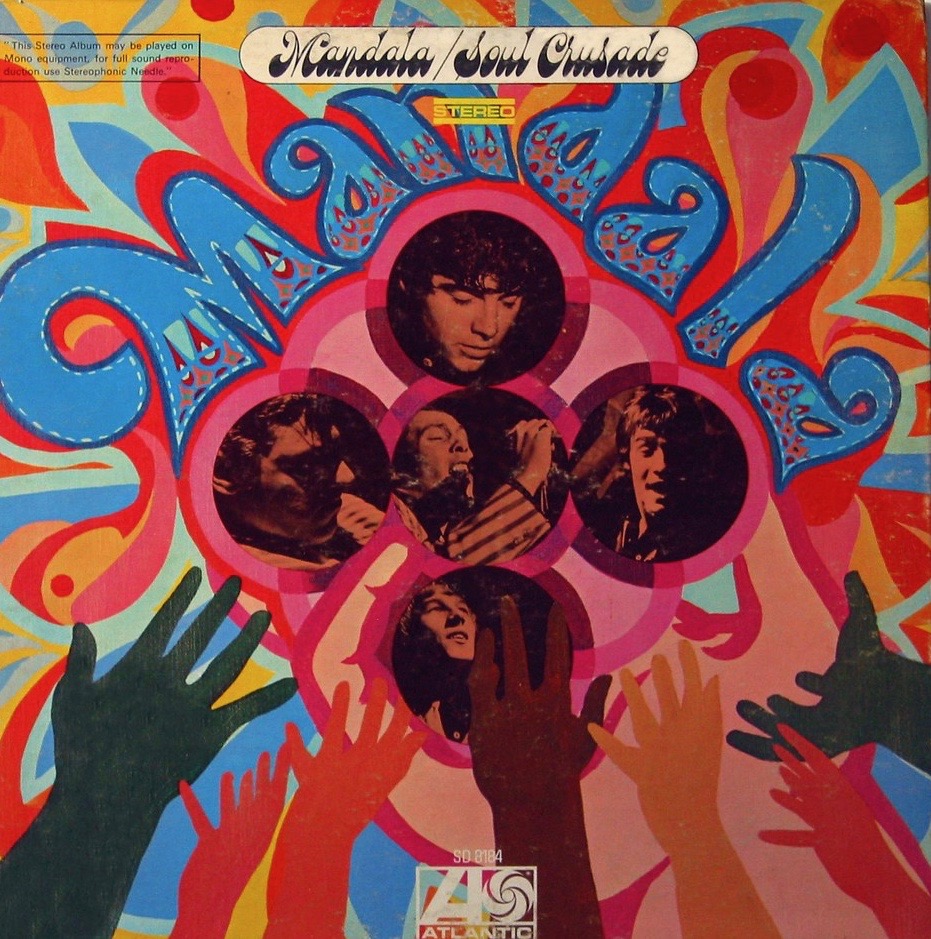 By the end of ʼ67, the Mandalaʼs album had still not been released and singer George Olliver had given up and quit the band, leaving Domenic Troiano deeply frustrated. Soul Crusade finally saw the light of day in the spring of ʼ68 when Atlantic Recordsʼ chief, Ahmet Ertegun, acting on a tip from producer Phil Spector, bought out the groupʼs contract from Decca. The Mandalaʼs big hit “Opportunity” wasnʼt included on the album. But “Love-itis,” featuring new vocalist Roy Kenner and a big, brassy horn arrangement, became the groupʼs next hit, making it to number nine on the CHUM chart. Like “Opportunity,” the song became a much-loved soul anthem of the late ʼ60s, blasting out of speakers at high-school dances all across the country.