Now that the turmoil of recent times has passed, Joseph Shabalala can look back fondly on those halcyon days nearly 10 years ago when his group, Ladysmith Black Mambazo, first joined Paul Simon on tour.

The South African vocal ensemble had sung two songs with Simon on his critically acclaimed Graceland album, but those had been in English. And Shabalala wasnt sure how audiences would respond to his group's Zulu material.

"It was a real culture shockk when we stepped onstage," admitted the modest, soft-spoken singer, during a tour stop outside Chicago. "I was so worried that people would be discouraged by our language."

The shock was, of course, they weren't. From the moment audiences first heard Mambazo's mellifluous sound, there was an instant connection. And Mambazo quickly followed 1987's groundbreaking Graceland tour with a sold-out tour of its own. 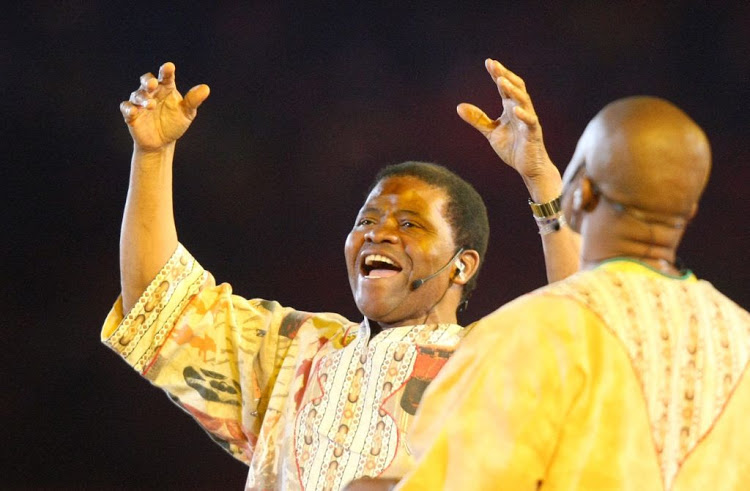 It's been much that way ever since, save for one tragic instance in 1991, when Shabalala's brother Headman was shot and killed by a white security guard. And, to rub salt in the family wound, Waraner dropped Mambazo from its roster shortly thereafter.

Shabalala, a devout Christian, remembers almost giving up music altogether. "It was a very distrubing time," he says. "I thought it was God's way of telling me that is was time for me to forget about singing."

But then Simon, acting like a sort of guardian angel, flew in to save the day. A triumphant South African tour with the pint-sized superstar, who Shabalala dubbed "Vulindela," meaning "he who has opened the gate," helped to turn things around. Returning to the States, the group contributed music to the Broadway play The Song of Jacob Zulu and earned a Tony nomination and Drama Desk Award for Best Original Score.

The following year, they capitalized on their Sesame Street success and released the acclaimed children's recording, Gift of the Tortoise. Then a collection of traditional Zulu songs, Liph' Iqiniso, netted yet another Grammy nomination.

Mambazo's concerts--a heavenly world where voices rumble like thunder one moment, and swoop and soar angelically the next--are hot tickets among those seeking sonic balm. And the 10-member group, looking like African Temptations in their colorful matching outfits, always offers a taste of its crowd-pleasing, tightly choreographed moves.

So it's no surprise that tomorrow night's concert at North York's Ford Centre for the Performing Arts, has been sold out for months.

More than any other African music, Mambazo's sound has permeated the zeitgeist. Its distinctive mbube style of vocals can now be heard in Broadway shows and on Hollywood soundtracks, in Sesame Street segments and on numerous TV commercials, including IBM's latest "Solutions for a Small Planet" computer ad.

And Mambazo's success has spawned a host of imitators, including Zimbabwe's Black Umfolosi, who recently played Toronto's Winter Garden Theatre. 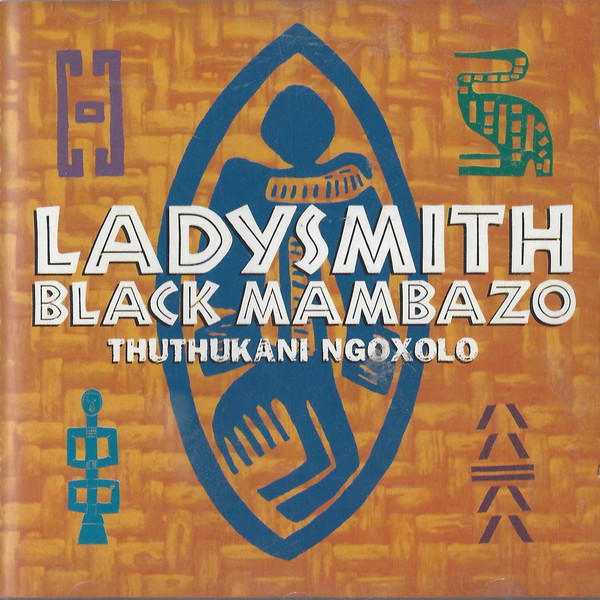 Then in April, Mambazo will sing, dance and act in a Washington, D.C. production of Nomathemba, a play written by renowned U.S. author Ntozake Shange based on the first song Shabalala ever wrote.

"It's unbelievable," he said. "Especially when all the success has come from this traditional music of ours."

The sweet sound of mbube, or iscathimiya, was born in the rugged mines of South Africa, where migrant black workers sought relief from their back-breaking, poorly paid jobs. Saturday nights in their barracks would be spent entertaining themselves, with only their voices to provide melody, harmony and rhythm.

Although we may not realize it, everyone knows at least one iscathimiya song: Solomon Linda's "Mbube" ("The Lion"). Versions of that 1939 song by the Weavers ("Wimoweh") and the Tokens ("The Lions Sleeps Tonight") have made the tune a campfire favorite and a bona fide international hit.

But it wasn't until Graceland and Mambazo's velvety sound that mbube really caught fire. Shabalala's family-based group went on to record the Simon-produced Shaka Zulu, which won a Grammy Award in 1988 and sold more than 300,000 copies worldwide.

Two other albums on the Warner label, Journey of Dreams and Two Worlds One Heart, featuring collaborations with gospel stars the Winans and funkmeister George Clinton, furthered their crossover dreams.

Shabalala says that the latest album, rich in Mambazo's trademark harmonies, is a celebration of the new South Africa. Several songs deal with the return of political prisoners and former exiles. 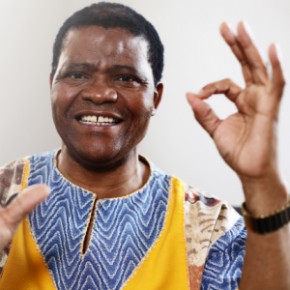 Much of the new material will be performed tomorrow night, including two compositions with English lyrics: "Kangivumanga" ("I Disagreed") is a moving pledge to multiracial harmony, while "Sisesiqhingini" ("Everything is So Stupid") offers an amusing view of child-parent conflicts--a subject the 54-year-old Shabalala knows something about, with nine children (including three sons who sing in the group) and numerous grandchildren. "They keep me young," he laughs.

But Mambazo won't forget the Graceland favorites, which audiences continue to demand wherever they go. Shabalala says Mambazo will oblige tomorrow night's crowd with a rendition of the stirring classic "Homeless."

"Apartheid may be over," he says, striking a serious note, "but our problems are not. There are still a lot of homeless people."

For Ladysmith Black Mambazo--even with a new South Africa--that song remains the same.