"Best of" lists are, frankly, silly. How can one possibly decide the finest work unless all works in that category are considered? When it comes to recordings, there simply aren't enough hours in a day (or even a year) to listen to everything that's been released. As the saying goes: so much music, so little time. Rather than declare these nine albums the best of the year, I'm calling them nine of my favourite recordings that I came across in 2022. 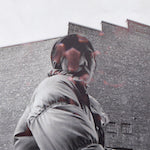 One of the most intriguingly inscrutable singer-songwriters working today, the New Zealand-born, Welsh-based Harding defies predictability, with a chameleon-like voice that changes in timbre, tone and texture from song to song. Stylistically, as well, she can’t be pinned down, channelling Vashti Bunyan one minute and Neil Young the next. But Harding’s fragile psych-folk is never anything less than strikingly original. And standout songs like the dreamy “Fever” and the skittering “Lawn,” from her fourth album, produced again by John Parish (P.J. Harvey), have a cunning way of getting under your skin—even if their meanings aren’t entirely clear. 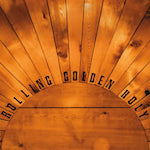 Bonny Light Horsemen is made up of singer Anaïs Mitchell, Fruit Bats frontman Eric D. Johnson and multi-instrumentalist Josh Kaufman, best known for his work with the National. The trio’s first album lovingly updated traditional folk songs, with impeccable harmonies and ravishing musical flourishes, and earned a Grammy nomination. For their followup, the Horsemen bring the same reverence for the British folk idiom to 11 original songs. Once again, Mitchell and Johnson take turns on lead vocals and intertwine their voices to chilling effect with Kaufman’s masterful accompaniment on such gems as “Gone By Fall” and “Someone to Weep for Me.”

The daughter of Sex Pistols drummer Paul Cook and Culture Club backing vocalist Jeni Cook (Boy George is her godfather), Hollie specializes in lover’s rock, a distinctly romantic brand of British reggae. I’ve loved her mellow melodic groove ever since first hearing “Body Beat,” the infectious single from her 2011 self-titled debut. Her fourth album (fifth if you count the Prince Fatty-remixed Hollie Cook in Dub) is her most mature outing to date. Songs like the string-laden “Moving On” and horn-drenched “Move My Way” serve up heartbroken and man smart/woman smarter messages in Cook’s velvety voice and typically dreamy sound. 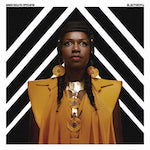 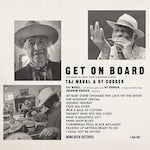 Get on Board – Taj Mahal and Ry Cooder

Cooder and Mahal first played together as teenagers in California blues-rockers the Rising Sons. Cooder then played on Mahal’s 1968 self-titled debut. This tribute album to their early heroes, blues legends Sonny Terry and Brownie McGhee, is their first collaboration since then and it’s as relaxed as you’d expect from two old friends. Mahal on gravely vocals and harmonica and Cooder on guitar, mandolin and banjo bring unbridled joy to standards like “The Midnight Special” and “I Shall Not Be Moved.” The relaxed vibes can be heard in their chuckling as they inadvertently step on each other’s vocal lines. 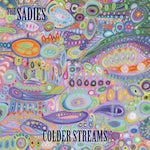 It’s a bittersweet fact that this, the Sadies’ best album to date, is also the last to feature co-frontman Dallas Good, who passed away in February 2022 at the age of 48. Dallas, along with his brother Travis, bassist Sean Dean and drummer Mike Belitsky, had been evolving their unique blend of rock, surf, garage, psychedelic and spaghetti western music for 25 years. With Colder Streams, they reached their zenith. Songs like the shimmering rocker “Stop and Star,” the supremely twangy “More Alone,” the blistering garage nugget “Better Yet” and the swaying rustic yearn of “All the Good” (with Dallas’ and Travis’ parents, Bruce and Margaret Good, on autoharp and background vocals) are inarguable proof of that perfection. 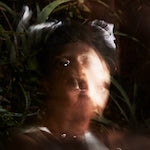 Brooklyn’s Santigold (born Santi White) doesn’t rush her albums: there have only been three since her 2008 breakthrough debut, featuring the superb “L.E.S. Artistes,” and each came four years apart. Spirituals arrived six years after 99¢, but is well worth the wait. Caribbean polyrhythms power “No Paradise” and “Shake” could be a 21st century update of Otis Redding’s soul classic of the same name. But Santigold’s strength has always been her Afrofuturistic sound and that permeates “High Priestess,” in which she sings-raps “bow down, don’t freak out/in the presence of a queen.” It’s no idle boast by the artist whom Beyoncé has namechecked alongside Sister Rosetta Tharpe, Bessie Smith, Nina Simone and Grace Jones. 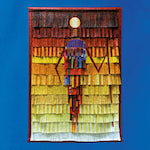 I was inexplicably late to the party with Khruangbin (pronounced crung-bin). The band mixes everything from dub reggae, Ethiopian jazz, Turkish psychedelia, Southeast Asian pop and Latin American cumbia (just my cup of Darjeeling) and had already released several adventurous albums. So hearing that the Houston trio had teamed up with Vieux Farka Touré to interpret eight songs by Touré’s late father, Mali guitar legend Ali Farka Touré, sounded like heaven. Their collaboration is the stuff of dreams, with Khruangbin’s insistent funk grooves melding perfectly with Vieux’s desert blues on songs like “Savanne” and “Diarabi” to create something wondrously rich and hypnotic. 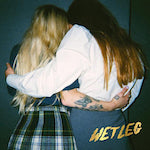 Wet Leg creates the kind of irresistible pop alchemy that happens all too rarely. The Isle of Wight duo of Rhian Teasdale and Hester Chambers first cast a spell with their insanely catchy,  hilariously deadpan “Chaise Lounge,” which thrills like the Breeders’ quirky hit “Cannonball” did back in the ’90s. Giddy and witty, Wet Leg’s debut album is full of other delights that similarly mix irony and sarcasm with pulsing bass, woozy synths and chiming guitars. Many of the songs, including “Being in Love,” “Angelica” and “Oh No,” trade in themes of angst, boredom and romantic disillusionment. But that doesn’t make them any less fun.