Obituary: Mose Scarlett - Keeper of the Flame of Vintage Songs Mose Scarlett specialized in songs from bygone eras – jazz, blues, ragtime and swing – and always dressed the part, neatly turned out in a three-piece suit and fedora or, more informally, a waistcoat and workingman’s flat cap. Within Canadian music, he was an anachronism, a performer cheerfully out of step with the times. But that was also a big part of his charm.

Blessed with a deep, resonant singing voice and a self-taught, fingerpicking guitar style often described as stride, Mr. Scarlett was similarly old-fashioned in his personal demeanour. Bruce Cockburn, who met him in 1969 when he and his then future wife, Kitty, stayed at Mr. Scarlett’s apartment in Toronto’s east end, recalls being impressed with his honesty and generosity. 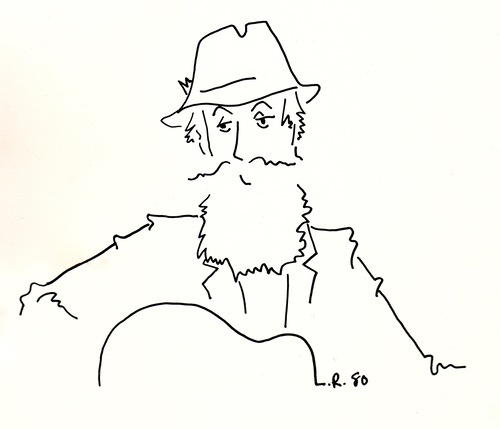 “Mose was one of the most honourable people I’d ever met,” says Mr. Cockburn, who produced Mr. Scarlett’s first album, 1981’s Stalling for Time. “He was good to his word, a very thorough and meticulous guy who was always there for friends.” Added Mr. Cockburn: “Mose once built a bed for the camper van that Kitty and I travelled in and it was unbelievably well made – the most solid bed you could ever imagine!”

On his own recordings and the trio of albums he made with Jackie Washington and Ken Whiteley, the Peterborough, Ont.-born Mr. Scarlett gravitated to music from the early 1900s up to the ’30s. “Those songs reflected an older set of values,” noted Mr. Whiteley, a producer and musician who met Mr. Scarlett during the Yorkville coffee house era, “things like the value of friendship, where you’d invite people over to sit on your porch and pass the time. Mose really related to that sense of community and fellowship.”

Mr. Scarlett shared his love of those old-time songs with Leon Redbone, a performer with whom he became friends during their early days in the Toronto folk music scene. When Mr. Scarlett died on May 30 at Toronto’s Michael Garron Hospital (formerly Toronto East General Hospital), after being diagnosed with leukemia late last year, it was very same day that Mr. Redbone died. Many who knew both musicians felt the coincidence as fitting as it was strange. Mr. Scarlett was 72.

Says Mr. Cockburn: “When Leon was still known as Sonny, he’d come over to Mose’s place and play harmonica while Mose and I jammed. A few years later, Sonny was suddenly this incredible guitar player called Leon Redbone, but had been very private about his development. And he never let anyone know where he lived. None of those things were true about Mose. He was at all not secretive, just a friendly, pretty open guy. And while he seemed like he was from another era in every way, it was not at all phoney or put on.” 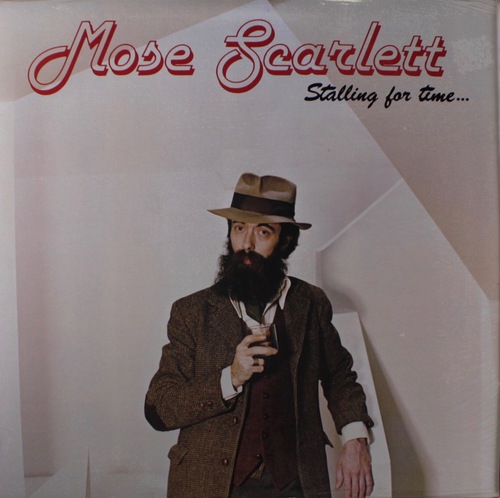 Guitarist Tony Quarrington believes it was from Mr. Scarlett that Mr. Redbone first learned old material like The Sheik of Araby and Irving Berlin’s My Walking Stick, songs for which he became famous. “Leon put on a persona to do those songs,” Mr. Quarrington says, “but Mose was performing them very early on and they really seemed to be part of who he was. He never got to be as well-known as Leon, but he was never resentful about that. Mose left his own legacy and will be remembered for embodying that world of music and sharing it with whoever would listen.”

Born on Aug. 10, 1946 to electrical engineer Barnes (Barney) Scarlett and Mary Scarlett, a former kindergarten teacher, Mosley Steven Barnes Scarlett was the second of three children. When Mose was about 10, his father left his job at General Electric in Peterborough for work in Ohio and the family settled in Northfield-Macedonia, a town south of Cleveland. Described by his sister Sandra as a daydreamer when he was a boy, Mose bought a $17 guitar and taught himself to play. After high school graduation, he began jamming with other budding guitar players in the neighbourhood. “We traded chords and songs on back porches and in the comforting shade of trees,” Mr. Scarlett later wrote, “and before long I began to have an inkling that my life had changed forever.”

Mr. Scarlett briefly attended the liberal arts Heidelberg College in Tiffin, Ohio. But, to escape his father, a kind but strict man, and the threat of conscription during the Vietnam War, the 18-year-old Mr. Scarlett returned to Canada and settled into Toronto’s coffee house scene. In 1969, he made his debut at the Mariposa Folk Festival, hosting a New Songwriters workshop that included Mr. Whiteley, Shirley Eikhard and David Bradstreet. When U.S. blues legend Lonnie Johnson was living in Toronto around that time, Mr. Scarlett befriended the man who’d once played with Louis Armstrong and Duke Ellington and learned a number of songs from him. 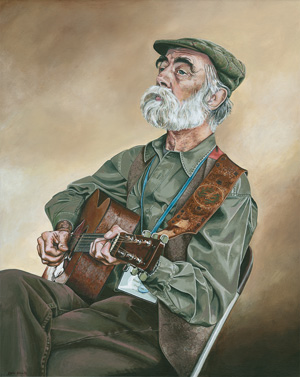 Throughout his career, Mr. Scarlett often performed with musical partners, including initially his first wife, Anne Tener, with whom he had two daughters. In the 1970s, he played coffee houses like Toronto’s Nervous Breakdown, Fiddler’s Green, the Groaning Board and the Riverboat with harmonica player Jim McLean. And he became a mainstay of folk festivals like Owen Sound’s Summerfolk and Sudbury’s Northern Lights. His 1981 debut album, featuring six original songs, was followed by The Fundamental Things in 1995 and 2002’s Precious Seconds, which includes collaborations with guitarists Amos Garrett, Colin Linden, Jeff Healey and David Wilcox, among others.

Besides Canada, Mr. Scarlett often toured the U.S., the U.K., Germany and visited Australia three times. But he found his largest audience with Mr. Washington and Mr. Whiteley. After recording their first album, 1991’s Juno-nominated Where Old Friends Meet, the trio was championed by CBC’s Peter Gzowski, who had them on his radio show Morningside several times and his Gzowski in Conversation television program. Two other popular trio recordings and tours of Canada and the U.S. followed.

Onstage, Mr. Scarlett was well known his deep voice that, according to bassist Terry Wilkins, “could loosen fillings,” and a legendary loquaciousness. His storytelling ramblings could go on for what seemed like an eternity but would usually hit what Mr. Whiteley called a “funny sweet spot that would leave audiences in stitches.” When Mr. Scarlett moved into the Bain Co-op in Toronto’s Riverdale neighbourhood with his long-time partner, Tina Cohen, neighbours delighted whenever the musician performed at community events. But one neighbour recalls that getting stopped by the talkative musician would sometimes make you late for dinner. Says Steve Fruitman: “I’d have to tell my wife that I’d been ‘Mose’d’ and then all was forgiven.”

When he died, musicians across Canada remembered Mr. Scarlett as a caring, funny man and a keeper of the flame of vintage songs. “Mose had an astonishing memory for some of the finest details of decades-old conversations,” said Rick Fines, while Ian Tamblyn noted: “Mose was such a kind, soft-spoken and unique fellow. He possessed a droll sense of humour and kept an age of music long gone alive.”