Obituary: Neil Peart - Rush's drummer was one of the world's best Neil Peart was not like most drummers. Seen from above, his sprawling kit resembled a painter’s pallet, with myriad drumheads and cymbals providing the bold primary and pastel shades of his art. He played his instrument with virtuosity and athleticism, pushing himself to the outermost limits of his creativity and ability with distinctive fills and complex solos that helped to make Rush such a formidable rock band.

While most drummers are content to sit, dutifully holding down the backbeat, Mr. Peart was a restless soul with inexhaustible ambition and an insatiable curiosity that took him unexpected places. He traveled widely, rode motorcycles, collected vintage cars and Canadian art and read voraciously—literature, philosophy, history, religion and much more—and applied what he learned to writing, 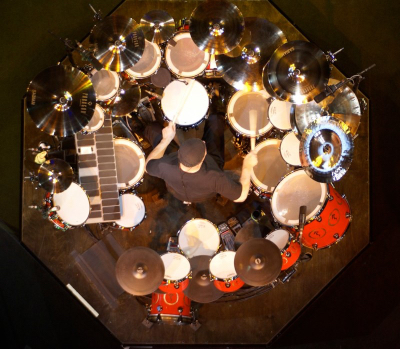 penning the lyrics to all of Rush’s songs. He was also the prolific author of seven non-fiction books and wrote constantly for cycling and drumming magazines as well as his own website, reviewing novels and biographies on his popular blog, Bubba’s Book Club.

When Mr. Peart died in Santa Monica, Calif. on Jan. 7, after a private three-year battle with glioblastoma (the same brain cancer that killed Gord Downie in 2017), the outpouring of grief across the internet was astonishing. Musicians and fans mourned the loss of the gifted drummer and Renaissance man fondly known as “The Professor.” Rush’s Geddy Lee and Alex Lifeson paid tribute to “our friend, soul brother and bandmate of over 45 years,” while Nirvana drummer and Foo Fighters frontman Dave Grohl, who inducted Rush into the Rock and Roll Hall of Fame, called him “incomparable” and a man “we all learned from.” Meanwhile, many fans wrote on social media, “Exit the warrior,” one of his famous lines from the 1981 Rush hit “Tom Sawyer.”

Canadian musician and visual artist Mendelson Joe remembers Mr. Peart as a playful free-thinker who once declared himself a “bleeding heart libertarian.” “We were friends for 40 years,” Mr. Joe tells The Globe and Mail, “and we wrote to each other about anything and everything—nothing was out of bounds.” He added: “Neil was for real. He was a philosopher and together we shared a great enthusiasm for painting and motorbikes. I lost a dear pen pal, that’s for sure.” 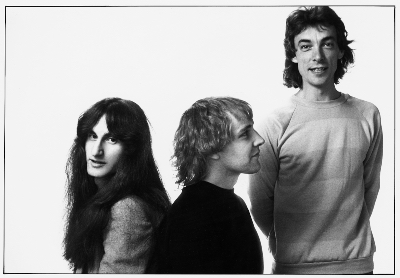 With album sales of over 40 million and hit singles like “Fly By Night,” “Closer to the Heart,” “The Spirit of Radio” and “New World Man,” Rush became one of Canada’s biggest musical exports. The band formed in Toronto’s Willowdale suburb in 1968, including two children of immigrants who fled Europe after the Second World War: Mr. Lee’s parents were Holocaust survivors; Mr. Lifeson’s left Yugoslavia after the war). Mr. Peart joined in 1974 and, according to Martin Popoff, author of three books on Rush, the nerdy St. Catharines, Ont. teenager made an immediate impact: “Neil impressed because he could play like (the Who’s) Keith Moon and was clearly the best musician in the trio. At the audition, Alex and Geddy looked at each other and said, ‘We’ve got to up our game.’” Added Mr. Popoff: “Plus, they realized, ‘this guy can write lyrics for us—he reads books!’”

Mr. Peart’s initial lyrical contributions were informed by his taste for the fantasies of J.R.R. Tolkien, leading to early sword-and-sorcery songs such as “The Fountain of Lamneth” and the prog-rock band performing in kimonos and white silk pants. His reading of Ayn Rand and science fiction writers like Frank Herbert led to ambitious songs like “Anthem” and a trilogy of albums, including the group’s breakthrough, 2112. As Mr. Peart once recalled: “At the time, I was interested in big symbols, big ideas and big things.”

The first of Glen and Betty Peart’s four children, Mr. Peart was born on September 12, 1952 and lived on the family’s farm in Hagersville, outside of Hamilton, Ont. before relocating to Port Dalhousie (now St. Catharines). An avid reader at a young age, Mr. Peart also developed a passion for music, listening to Toronto and Buffalo radio stations on a transistor radio and obsessively drumming on objects in the house with chopsticks—until his parents bought him his first drum kit. By 15, he was performing in local bands and attended his first rock concert, getting to see his hero Mr. Moon at Toronto’s Canadian National Exhibition. His bedroom became papered in Who memorabilia, while dresser was handpainted with a Union Jack.

“St. Catharines was such a conservative town,” Mr. Peart once told this writer, “it was so hard for me growing up. There were three of us in my school who were freaks, had long hair and were into this weird music. So the amount of peer pressure lumped up against us was prodigious. It made us more outcast and more rebellious” (suburban alienation was a theme of his Rush song “Subdivisions”). 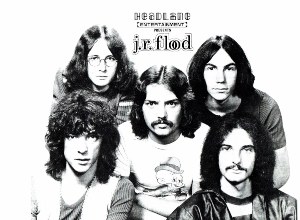 When he was 18 and performing with St. Catharines band J.R. Flood, Mr. Peart quit school to pursue his musical ambitions in London, England. But after unsuccessful stints in various groups, he wound up selling jewelry in a Carnaby Street tourist shop. “I was like Dick Whittington (of the classic English folktale), looking for streets paved with good,” Mr. Peart recalled. “Seeing how mercenary the music scene there was saddened me. I was faced with the choice: was I going to play the music I loved and hope to make money, or play the music that makes money and hope that I like it?” Returning to St. Catharines, Mr. Peart formed his own band, Hush, and took a job with his father selling tractor parts at the local International Harvester dealer. He always credited his dad with teaching him the value that if a job was worth doing, it was worth doing well. Then Rush came calling, looking for a replacement for the group’s original drummer, John Rutsey. After blowing minds at the audition, Mr. Peart joined Rush on its U.S. summer tour in 1974, opening for Uriah Heap and Manfred Mann. At the end of that tour, Mr. Peart recalled, “I went to a pawn shop in Little Rock, Arkansas, bought myself a typewriter and started to write. It was 20 years before I published anything, but I started learning.” 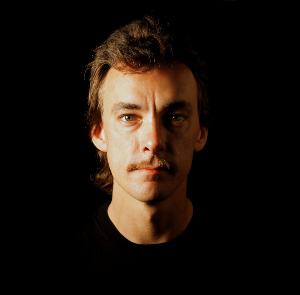 Rush’s evolution was a natural growth of the band members’ interests, yet success came from heavy touring, not radio airplay. They prided themselves on musicianship over hit singles. And their longevity was due to friendship and the satisfaction of working as a trio. “Rush is very much the sum of all three of us,” Mr. Peart told Maclean’s in 1991. “There isn’t one superstar, all of us are respected in musician polls, and having the respect of our peers gives us confidence and makes us able to relate to one another much better.”

Tragedy struck after Rush’s 1994 induction into the Canadian Music Hall of Fame and the publication of Mr. Peart’s first book, The Masked Rider: Cycling in West Africa. Selena Taylor, the 19-year-old daughter he shared with Jacqueline Taylor, his common-law wife of 23 years, died in a car accident. The nightmare worsened when Jacqueline also died, of cancer, less than a year later. Mr. Peart, a devoted family man, was devastated and withdrew from Rush, spending time at his beloved lakefront home in Quebec’s Laurentian Mountains and going on an extended motorcycle trek through North and South America.

With support from friends including his motorbike-riding partner, a man mysteriously nicknamed only Brutus, and the large extended Rush family, Mr. Peart was able to carry on and published his second book, Ghost Rider: Travels on the Healing Road. Through longtime Rush photographer Andrew MacNaughtan, he found love again, meeting Carrie Nuttal, also a photographer, in Los Angeles. The two married near Santa Barbara in 2000. Two years later, Mr. Peart, who acquired U.S. citizenship in the mid-2010s, was able to rejoin his bandmates on the album Vapor Trails and the accompanying tour. The energy he brought to his performances—not to mention all his motorcycling between tour venues—astounded management and crew alike. 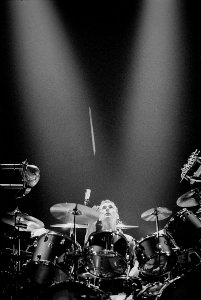 After two more Rush albums, 2007’s Snakes & Arrows and 2012’s Clockwork Angeles, the physical toll of touring—chronic tendinitis and shoulder problems—forced Mr. Peart to retire. By then, Rush had received Canada’s prestigious Governor General Award in Ottawa, where a children’s choir sang the group’s “The Spirit of Radio” and a full symphony performed “Tom Sawyer,” while persistent lobbying by Rush fans finally led to the band’s induction into the U.S. Rock and Roll Hall of Fame. When Rolling Stone magazine voted Mr. Peart fourth (after Led Zeppelin’s John Bonham, Mr. Moon and Cream’s Ginger Baker) in its list of the 100 Greatest Drummers of All Time, it credited him with creating “the most precise and meticulously plotted percussion that [rock] has ever seen” and acknowledged that he “remains perhaps the most revered—and air-drummed to—live sticksman in all of rock, famous as the architect of literally showstopping set-piece solos.”

Mastering his instrument was always Mr. Peart’s mission. He continued studying, taking drum lessons late in life from percussion legends such as Freddie Gruber, wanting to learn more improvisational playing. He never stopped practicing. “My worst fear is not having a heart attack,” he said in the 2016 documentary Time Stand Still, “but that I’m going to have one on stage and wreck the show. That’s what makes you a professional. You don’t go up on stage with your frailties. Or your regrets or your resentments. Every night, you have to bring that commitment.”

Originally published in The Globe and Mail 18 Januaray 2020