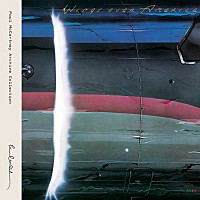 The year was 1976 and arena rock was in its heyday. Paul McCartney, who had not performed in North America since the Beatles’ last tour a decade earlier, took his band Wings on the road in Canada and the United States. The concerts sparked scenes reminiscent of Beatlemania and the resulting live album, Wings Over America, became an instant bestseller.

Now reissued as a two-CD set (an expanded deluxe edition also includes a bonus CD, DVD and several souvenir books), Wings Over America is McCartney at his post-Beatles best. Along with Fab Four favorites like “Yesterday” and “Lady Madonna,” he performs thrilling renditions of “Maybe I’m Amazed,” “Live and Let Die” and “Band on the Run” that far surpass their studio versions. Backed by wife Linda and a group that included longtime sideman Denny Laine, McCartney sings and plays bass exuberantly. With superb sound quality, the reissue captures the time when his Wings truly took flight.