It’s the inevitable fate of a multi-faceted artist as ridiculously talented as Paul Quarrington that one creative field should overshadow the others. In Paul’s case, his musical career was rudely hijacked by his literary success. Long before the awards for fiction, humour and screenplays, Paul was a musician—and an extremely good one. He played bass and sang in the eccentric cult-rock band Joe Hall & the Continental Drift, a band his guitarist brother Tony once described as “an acquired taste that no one acquired.” He wrote songs, played guitar and sang with lifelong friend Martin Worthy in the underrated folk duo Quarrington Worthy—even scoring a number one hit in 1980 with “Baby and the Blues.” Most recently, he fronted Porkbelly Futures, a thinking-person’s bar band that plays a rootsy mix of country-blues, or what Paul liked to call “red-eyed soul.” 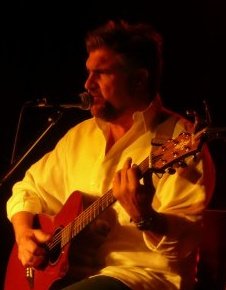 Paul wrote some memorable material with the Porkbellies, songs like “Gladstone Hotel,” “Sweet Daddy,” “You Gotta Love a Train” and “Sad Old Love Affair,” all literate, hilarious and touching tales about life, boyhood heroes and the workings of the human heart. Music gave Paul a forum that was direct, succinct and visceral, and he loved the rush of performing and the immediate connection with his audience.

After he learned he had Stage IV lung cancer, music became his primary creative outlet and he threw himself into songwriing, touring and recording with remarkable zeal—even for someone with Paul’s astonishing appetite for work. The songs were pouring out of him, too many and, in some cases, too personal to feature on the next Porkbellies album. Clearly, they belonged on the solo recording he already had in the works. 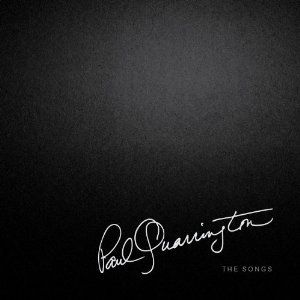 The songs here stand among the best that Paul has ever written. All of his trademark gifts are on display: colourful characters, engaging stories and witty wordplay. But there’s a new depth to these songs, so startlingly frank and profound that it takes your breath away. From the tender revelations of “All the Stars” and the moving confessions of “This Old Body,” both exquisitely crafted ballads, to such perfectly etched portraits of small-town lust and childhood innocence lost as “Lake Effect Snow” and “Friendly,” these are songs that put Paul squarely in the company of esteemed Canadian composers like Willie P. Bennett, Murray McLauchlan and Gordon Lightfoot. Two of the album’s most poignant numbers are “Hey Hollywood,” a Toronto-specific and autobiographical take on the vagaries of life, and “The Valley Below,” undoubtedly the first song with a country twang ever penned about a male porn star.

While writing and recording these songs, Paul envisioned a side project, a loose, skiffle-like outfit called Earl and the Pearls, for material that was more light-hearted and playful in nature. Sadly, an entire Earl and the Pearls album was never completed before Paul passed away. But two talking-blues tunes from those wacky woodshedding sessions are included here: “Big Ol’ Bass,” a whimsical fishing fantasy, and “Hello Jim,” an infectious number that takes Paul from boyhood to diagnosis without ever getting maudlin. He wrote and recorded it just three days before he died. A musician to the end, Paul, not surprisingly, chose to take his leave with a song.

Nicholas Jennings is the author of Before the Gold Rush: Flashbacks to the Dawn of the Canadian Sound and a proud member of Earl and the Pearls.