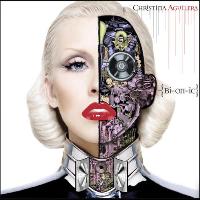 Think Christina Aguilera has been left behind in Lady Gaga’s glitter dust? Think again. The “Dirrty” singer is back with a futuristic album that promises to be one of this summer’s hottest blockbusters. Featuring the lead single “Not Myself Tonight” and its racy video, Bionic is a return to the raunchy, spirited sound of 2002’s Stripped. It comes four years after the more retro Back to Basics and two years since the birth of her son, Max. “Bionic is the definition of the superhuman abilities we as women have in everyday life,” says Christina. “I’ve grown and changed and never felt sexier than I do now.”

It’s a far cry from The New Mickey Mouse Club TV show, where she once appeared alongside Justin Timberlake and Britney Spears. But the New York-born singer has long proven that she’s an evolving artist with formidable pipes and a commitment to quality. She recently cancelled her summer tour because work on her new album and the upcoming movie Burlesque, in which she stars, left her without enough preparation time.

Bionic is a bold mix of electronic and organic sounds, from the swirling synths and throbbing dance-punk beats of tracks like “Woohoo” and “My Girls,” featuring rapper Nicki Minaj and shock-rocker Peaches respectively, to the introspective piano ballads “All I Need” and “You Lost Me,” both co-written with Australia’s Sia. Then there’s “Not Myself Tonight” the album’s propulsive title track, both of which serve notice of Christina’s cutting-edge intentions. Lady Gaga fans take note.