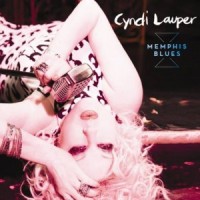 One of the biggest stars of the early MTV era, Cyndi Lauper will be forever associated with “Girls Just Want to Have Fun,” the 1983 hit from her debut album She’s So Unusual. Cyndi was indeed an unusual at the time. With her shock of orange hair, thrift-store dresses and high-pitched, Betty Boop voice, the native of Queens, New York reflected a kooky, carefree attitude, especially in her video for “Girls.” The song, with its spirited message of female empowerment, grew to become an iconic feminist anthem.

Always embracing a myriad of styles, including pop, new wave, reggae and funk, Cyndi never repeated the commercial success of She’s So Unusual. After releasing several softer, more adult-oriented albums in the 1990s, she scored a critical hit with 2003’s At Last, a collection of pop standards. Then, two years ago, she jumped genres again, releasing the dance-oriented Bring Ya to the Brink. Now, with Memphis Blues, Cyndi once again proves herself an adventurous chameleon.

Featuring such legendary guests as guitarist B.B. King and keyboardist Allen Toussaint, Memphis Blues finds the “She Bop” singer delivering stirring versions of blues standards like “Crossroads,” “Early in the Morning” and “Don’t Cry No More,” originally a hit for Bobby “Blue” Bland. Ann Peebles, best known for her hit “I Can’t Stand the Rain,” joins her on the Muddy Waters classic “Rollin’ and Tumblin.’” It’s a deeply moving tribute to the music. “I needed to take the blues and make it uplifting,” explains Cyndi. She succeeds—convincingly.