Jack Johnson - To the Sea 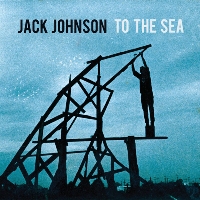 If your idea of Hawaiian music is Don Ho, then you don’t know Jack. A former pro surfer (he quit after an accident left him with 150 stitches and a few less teeth), Jack has been releasing breezy, sunkissed songs ever since 2001. Jack’s fifth album is another laidback gem, with ruminations on about love (the funky “You and Your Heart” and the dreamy “From the Clouds”) and fatherhood. “My Little Girl” is his sweet ode to his daughter, while “Only the Ocean” pays tribute to his surfer dad, Jeff, who died last year.