Nadine McNulty remembers well the day that K’naan appeared at Toronto’s Afrofest. The year was 2000 and McNulty, as artistic director, had booked the then-unknown Somali-Canadian rapper to appear in the afternoon on the main stage at the popular outdoor festival. Rain showers failed to dampen the crowd’s enthusiasm for K’naan, who performed with just one backup vocalist and a tape playback. Recalls McNulty: “It was drizzling and here was this young guy just kicking it in front of this sea of umbrellas. It’s amazing to see how he’s now taken the world by storm.”

K’naan, this year’s Juno Award winner for Songwriter and Artist of the Year, is a major Canadian star and international crossover act, from his globetrotting tours to the choice of his song “Wavin’ Flag” as the official anthem of the 2010 FIFA World Cup Trophy tour. While K’naan’s breakthrough is the highest profile ever achieved by a Canadian-based African musician, his success sheds light on the steady growth of African music in Canada. What began as a niche market, with a handful of homemade cassettes, has blossomed into a bona fide industry, with dozens of professionally recorded CDs and a healthy circuit of summer festivals.

The earliest African musicians in Canada were based primarily in Toronto and Montreal, including Pat Thomas and the band Native Spirit, who rose from Toronto’s Ghanaian community, and Lorraine Klaasen, who moved to Montreal from South Africa. This first wave of talent was quickly followed by such emerging artists as Toronto’s Show-do-Man and Tarig Abubakar & the Afronubians, Montreal’s Lilison Di Kinara and Vancouver’s  Alpha Yaya Diallo, who won Juno Awards for Best Global/World Music Album in 1999, 2002 and again in 2005 as a member of the African Guitar Summit. The Guinean-born Diallo has just released his sixth album, Immé.

African Guitar Summit was a kind of supergroup that also included Ottawa’s Mighty Popo and such Toronto-based guitarists as Pa Joe, Adam Solomon, Donné Robert and Madagascar Slim, who had won two previous Junos for his album Omnisource and as a member, with Bill Bourne and Lester Quitzau, of the fusion group Tricontinental. Slim plays a mix of blues and the music of his native Madagascar, enhancing his skills when he received a grant that enabled him to travel back home to study the valiha, the Malagasy bamboo zither. Says Slim: “I started out playing the blues, but Canadian audiences were open to hearing the music from my homeland so I’ve moved in that direction.” 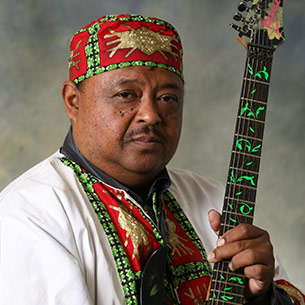 According to Slim’s manager Derek Andrews, who was music programmer at Toronto’s Harbourfront Centre from 1986 to 2003, where he booked a wealth of world music, African musicians in Canada have benefited greatly from their acceptance at music festivals of all kinds. “Canadian jazz and folk festivals have long had an open door to African culture and that’s really boosted the recognition of the music,” says Andrews. He adds that the Junos, which have included a world-music category since 1992, also help. “There’s a legitimacy that a Juno nomination or win provides — just like any other kind of industry recognition.”

The newest wave of African musicians in Canada, boosted by increased immigration, is the most enterprising and experimental yet. Montreal’s H’Sao, a family of three brothers and a sister from Chad that has performed at the city’s jazz festival and released two CDs, has active MySpace and Facebook pages and a Twitter account and has produced several slick videos. The group’s Caleb Rimtobaye also has a side project called Afrotronix, which stages events called Mystic Night, featuring dancers, musicians and acrobats from Cirque du Soleil. 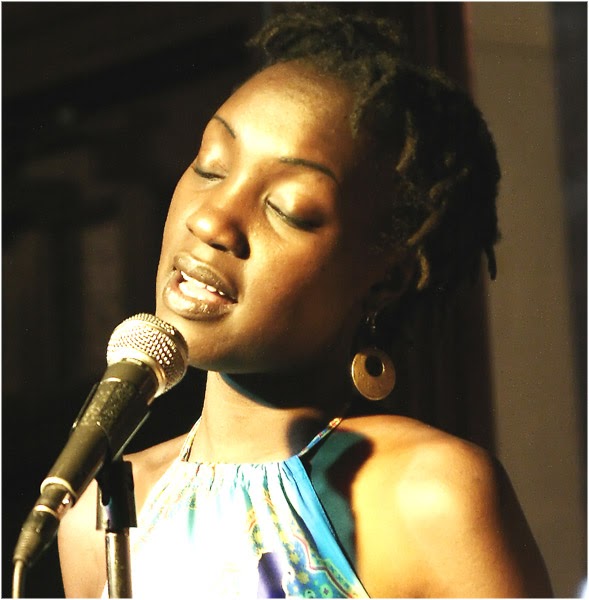 from Guinea, are two of the fastest rising stars. Mathiang’s CD Butterfly combines a mixture of everything from hip-hop and gospel to reggae and Afrobeat, while Dioubate, who has called herself a “snow griot” since moving to Canada, will be releasing her much anticipated debut CD this summer. Other fresh new talents include Angolan-born Valu David, Eritrean Daniel Nebiat and South Africa’s Kgomotso “KG” Tsatsi, all of whom are based in Toronto.

Meanwhile, there is no shortage of African-inspired acts in Canada — or Canadian connections with African musicians. Montreal’s Taafé Sanga, Ottawa’s Souljazz Orchestra and Toronto’s Mr. Something Something are all blending musical styles to create fresh new sounds. Then there’s banjo player Jayme Stone’s Africa to Appalachia project with Montreal-based Malian kora player Mansa Sissoko, which won the 2009 Juno for World Music Album. Says Derek Andrews: “Fusion is a reality in the evolution of world music, and cross-cultural collaborations are a big part of the Canadian scene.” From grassroots artists to superstars like K’naan, African music is adding a vibrant new beat to the Canadian sound.

Throughout the 1990s, Nicholas Jennings wrote regularly about African music for the Toronto Star and Eye Weekly. He was also the founding editor of the Music Africa newsletter, Drum, and served as the chairperson of the Junos’ Global Music Advisory Committee from 1998-2001.