Is storytelling the art of words or the alchemy of sound? For Paul Simon, master songwriter, it all begins with a beat. “You have to catch the right rhythm to get people’s attention,” he told Maclean’s recently. “If you get it wrong, people don’t hear you.” Sitting backstage last month at Toronto’s Massey Hall, prior to one of two sold-out concerts, Simon explained the genesis of his latest album, You’re the One, an exquisite collection of warm, gentle songs about fate and mortality.

Rhythm and rhyme have been the cornerstones of Simon’s celebrated career, as far back as the mid-1960s when he and partner Art Garfunkel first gained prominence as America’s top folksinging duo. The pair’s Bridge Over Troubled Water album in 1970 offered hints of Latin and Caribbean music. But it was as a solo artist that Simon’s passion for poetry and syncopation reached its peak. His 1986 Graceland album helped to change the course of popular music with its exuberant blend of South African and American sounds. And 1990’s The Rhythm of the Saints, a rich aural tapestry that combined musical elements from West Africa, Brazil and Louisiana, served as a critically acclaimed follow-up. Although his 1997 project Capeman, a Broadway musical about a Puerto Rican murder in New York, bombed at the box office, Simon, 59, is now back on track with You’re the One. An artful and seamless mix of global rhythms and poetic wisdom, it ranks as possibly his best album to date. 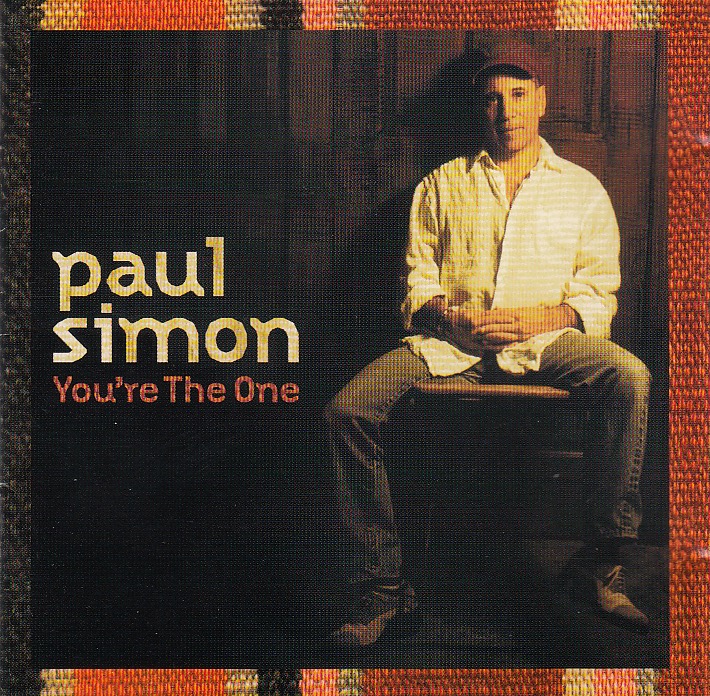 “It all started with a rhythmic presence,” Simon says, “which in turn suggested various musical keys, because drums have a tone. Then, once I got a sense of the keys and the harmonic shape of the album, I built the music up from guitar pieces. The words didn’t come until a full year after I’d recorded the music with a band.” As he sings on the album’s opening track: “Somewhere in a burst of glory/Sound becomes a song/I’m bound to tell a story/That’s where I belong.”

Storytelling, Simon continues, grows out of the music. “I’m part of that tradition by my nature,” he says, citing such favourite writers as Ted Hughes, John Neihardt and Nobel Prize-winning poet Derek Walcott, with whom he collaborated on Capeman. “I carry a notebook in which I scribble down thoughts, phrases, images, names, plants—anything I think that might be useful. They don’t make sense at that point. Then eventually the rhythm of some phrase fits with what’s happening melodically and the song starts to take on meaning.” Some songs on You’re the One, such as the troubled marriage tale of “Darling Lorraine,” are rich in characters and dialogue. Is material then sometimes gleaned from overheard conversations? “Sure,” Simon admits. “If your whole life’s profession has been gathering kindling wood because you know you’re going to build a fire, you get to the point where you can spot a piece of kindling.”

With a United Nations of formidable musicians, including Cameroon guitarist Vincent Nguini, South African bassist Bakithi Kumalo and Lebanese-American percussionist Jamey Haddad, You’re the One is an innately global album. Simon believes that music is ultimately universal. “I don’t know how Canadians think about it, but Americans seem to view world music as something that excludes them,” he says. “Yet every culture has hit skins stretched over logs, or blown through hollowed-out bones. American music itself is made up of musical traditions from all over the world, like the banjo, an originally African instrument. We all share this vocabulary. That’s the nature of music.” And the nature of Paul Simon’s music is a compelling mix of rhythms and rhymes that continues to captivate listeners the world over.