A battle of the bands is usually won by the group with the best guitar pyrotechnics and drum solos. But last year at an indoor rink in Toronto’s west end, some of Canada’s best-known musicians settled the score with slapshots, glove saves—and punches. The Black Stokes were facing their archrivals, the Morningstars, in the playoff semi-final of a recreational hockey league. Blue Rodeo’s Jim Cuddy, Cowboy Junkies’ Peter Timmins and Skydiggers’ Andy Maize were all playing for the Black Stokes, while Rheostatics’ Dave Bidini and members of such bands as Lowest of the Low and the Morganfields were among the Morningstars. In a previous game between the two teams, a bitterly fought contest won by the Black Stokes, Bidini had lost his temper and dangerously speared an opponent. This time, it was Cuddy who lost his cool.

After a fierce tussle along the boards, the frustrated musician threw off his gloves and started punching Bidini. It was, Bidini recalls in his new book, Tropic of Hockey, a surreal moment. “Seeing this sweet pop singer transform into a monster tickled part of me,” he writes. “The thought entered my head: ‘You are being attacked by Jim Cuddy of Blue Rodeo. Cool.’”

Like members of the Tragically Hip, Cuddy, Bidini and their teammates are part of a growing trend. Call it puck rock or rock ’n hockey, but an increasing number of musicians are playing—and singing about—Canada’s national game. The Hip has been known to carry hockey gear on its tour bus and book ice time in local arenas for games between gigs. And musicians such as Gowan, Rik Emmett, Sloan’s Chris Murphy, Shuffle Demons and Barenaked Ladies’ Tyler Stewart all play in charity games. 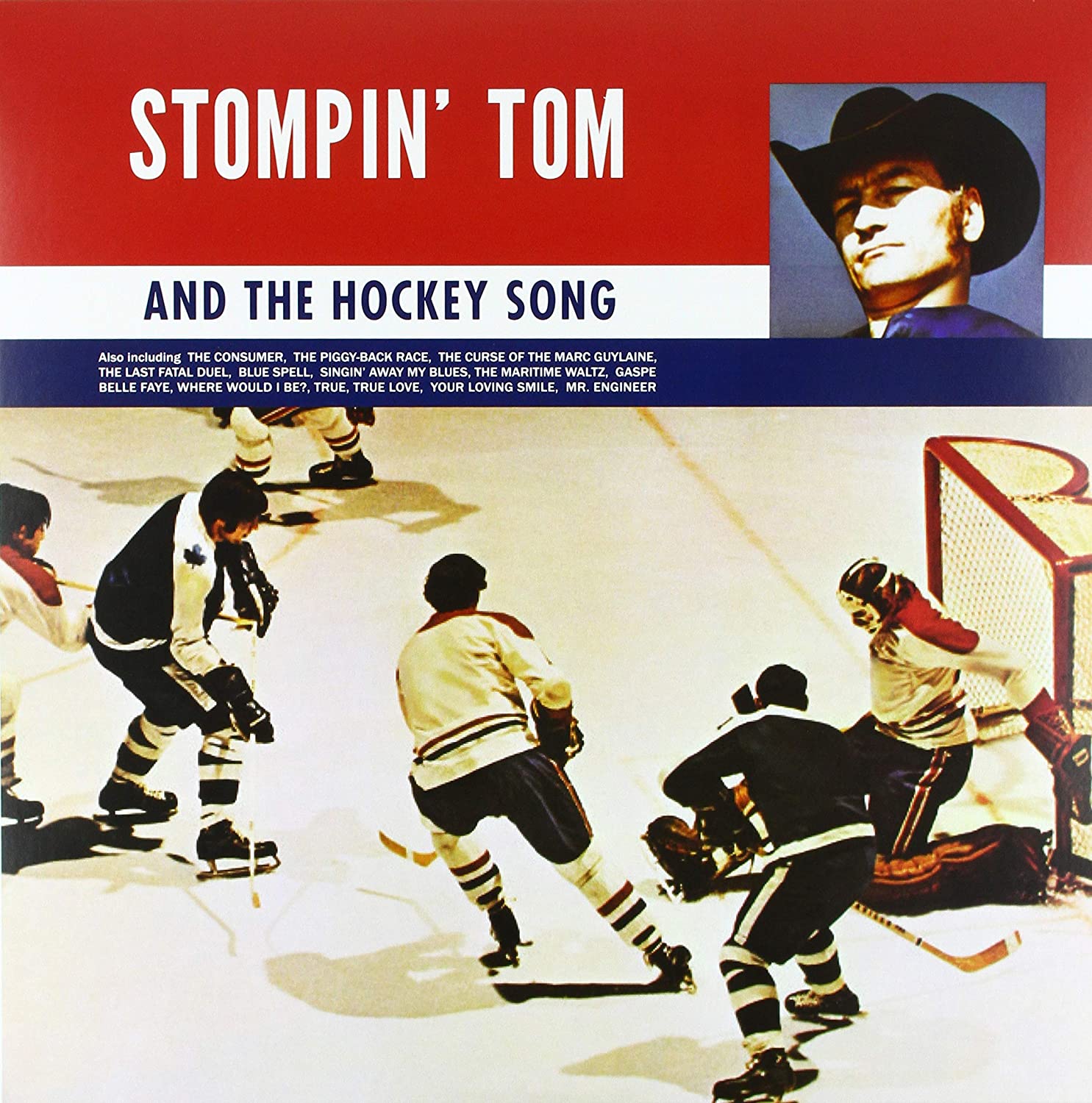 Meanwhile, hockey songs have become a legitimate subgenre of Canadian music. Toronto-based Attic Records has scored big-league sales with its Contact series of hockey albums, featuring songs heard at National Hockey League arenas across North America. To date, the six-CD series has sold 300,000 copies. The earliest, best-known and most played composition is Stompin’ Tom Connors’ “The Hockey Song,” written in 1971, which has since been recorded by Terri Clark, the Good Brothers, Rusty and Vancouver’s Hanson Brothers. Now, even American musicians are getting in on the game. Warren Zevon has just recorded “Hit Somebody!,” about a Canadian farm boy turned hockey goon, with TV’s David Letterman and the Paul Schaffer band.

According to Bidini, who has also written a book about Canadian music and was a contributor to The Original Six: True Stories from Hockey’s Classic Era, guitars and hockey sticks go hand in hand. “People are always saying you should write about what you know,” notes Bidini, who penned “The Ballad of Wendel Clark” for the Rheostatics in 1985. “It’s a natural subject for many Canadian musicians because so many of us know hockey. And for a writer, the game really lends itself to poetry and romance.” His rivalry with Cuddy? Bidini says that’s not an issue this season since their teams now play in different divisions. But the two may face off next spring when Exclaim!, a Toronto music magazine, organizes a musicians’ tournament. Rock ’em, sock ’em.

5. “The Ballad of Wendel Clark” Rheostatics

6. “Gretzky Rocks” The Pursuit of Happiness

7. “He Looked a Lot Like Tiger Williams” Hanson Brothers