The Parachute Club - Rising up to stardom Toronto’s Queen Street, with its clothing jobbers, alternative art galleries and fringe music clubs, has become a major source of brave new musical talents. No group reflects that community’s diversity better than the Parachute Club, whose seven members mix radical social messages with eclectic musical styles. And lately the group’s daring formulas have reaped unexpected rewards. Its self-titled debut album has become a gold record in Canada, and its single, “Rise Up,” an infectious, carnival-style anthem of liberation, has earned the band nine awards and an international audience. This week the Parachute Club launches a second album, which promises to carry its fortunes to even greater heights. 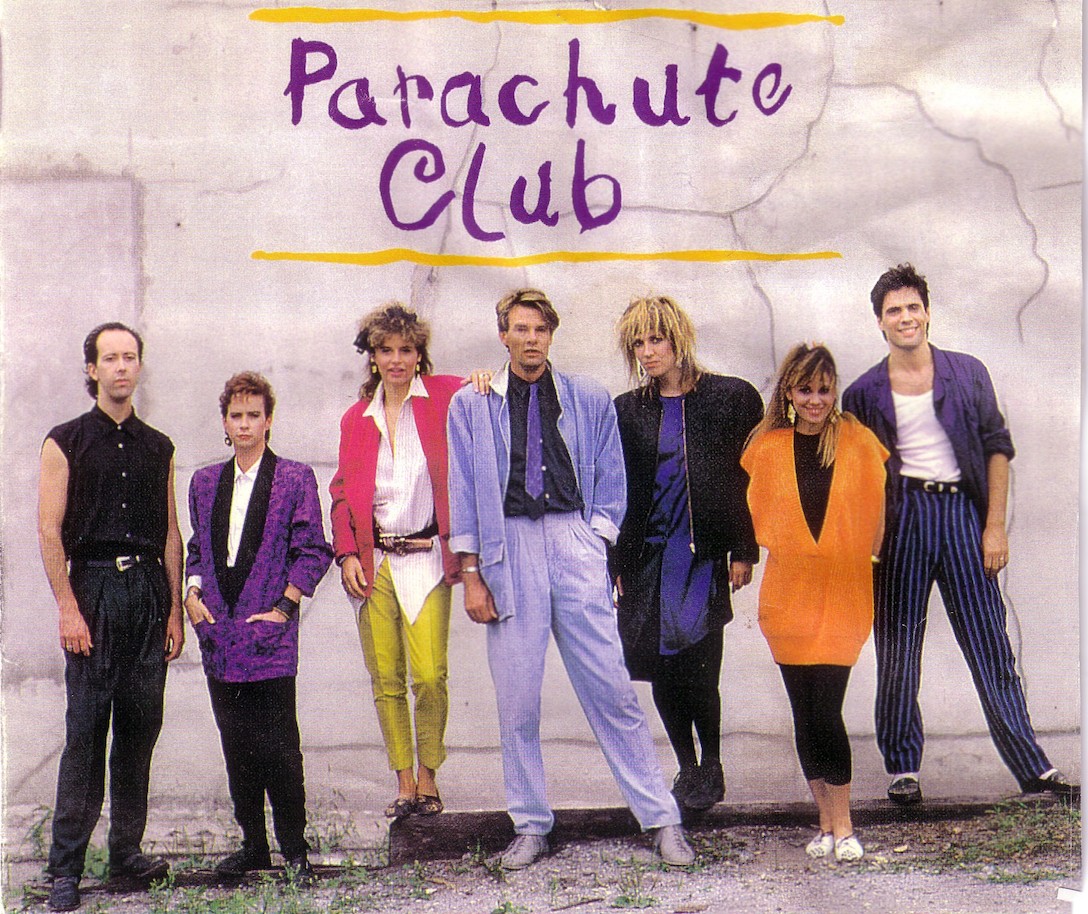 At the Feet of the Moon takes the Parachute Club into darker, hard-edged terrain. The song “Sexual Intelligence” reflects the band’s feminism by questioning sexual roles in society: “He learned how to fight/He learned how to win/She learned how to smile and stand by him.” But punctuated by Billy Bryans’ jackhammer drumbeats and Lorraine Segato’s taut guitar strums, the music gives that message a more compelling urgency. On “Freedom Song,” about the price of liberty, horns and electronic effects breathe a whiff of jazz into a rollicking calypso tune. At the same time, the title track gains an incantory, tribal quality from the eerie swells of synthesizers and an unaccompanied female chorus.

Segato and Bryans formed the Club in the fall of 1982. Segato was a singer and guitarist with Mama Quilla II, Toronto’s first feminist rock band, and Bryans had been a journeyman drummer with blues and reggae groups. The Club’s mixed genealogy led to musical experimentation and public commitment to women’s rights, racial equality and nuclear disarmament. Sales of its debut album, which tackled social oppression and male domination, soared to more than 50,000 copies within five months of its release. Then last April the band took the top prizes at Canada’s 1984 alternative but influential U-Know Awards. And, although the group has no black member, it swept the fifth annual Canadian Black Music Awards in March for its Caribbean-flavored music.

“People use the term ‘political’ to pigeonhole us,” said Segato, adding: “But we are actually harmless people. As long as we sell records, the music industry will just have to deal with us.” The industry is learning to accept the Parachute Club’s controversial composition: the mixed membership of an all-white, feminist-leaning band playing predominantly black music and led by a singer, Segato, who attracts fans of all colors and persuasions. Still, as long as the Parachute Club continues to release such adventurous albums as At the Feet of the Moon, the music industry should be happy to showcase the group’s provocative talents.