Among blues-rock soloists and accompanists, he had few equals. An exceptional pianist, organist and accordion player, Richard Bell left his mark on more than 400 albums, some of which he also produced, arranged and composed and sang on. Renowned for his sense of humor as well as his dazzling keyboard chops, the Toronto-born Bell performed with such legendary figures as Janis Joplin, Paul Butterfield and Bob Dylan and played a supporting role in some key events in rock ’n’ roll history. When he died last week at Toronto’s Sunnybrook Hospital, after a year-long battle with cancer, friends and associates around the world mourned the loss of a beloved and highly respected musician who, according to Colin Linden, one of his closest colleagues, “had an incredible way of moving the air when he played.”

Following a stint in Ronnie Hawkins’ Hawks, the classically trained pianist joined Joplin’s Full Tilt Boogie Band and toured North America with the iconic singer, making appearances on 1970’s Festival Express, the historic rock-and-roll train journey. With Full Tilt, he also appeared on Joplin’s Pearl, her bestselling and most acclaimed album. Bell’s early session work included playing on John Sebastian’s album Welcome Back, which contained the theme song for the hit TV sitcom Welcome Back, Kotter. He became a full-fledged member of The Band, working with Levon Helm and others, played on the group’s final three albums (Jericho, High on the Hog and Jubilation) and performed at Dylan’s 30th Anniversary Concert at Madison Square Garden.

The Band’s Garth Hudson remembers how Bell’s bright personality always shone through in his music. “He played with optimism, intelligence and humor,” says the Rock and Roll Hall of Famer, “and that made him a fine accompanist as well as a powerful, energetic soloist. Richard followed in the tradition of great piano players we had, from Willard ‘Pop’ Jones and Richard Manuel to Stan Szelest. He was a big part of that lineage for us.

After moving back to Canada in 1989, Bell began a long association with Linden, appearing on more than 40 albums with the award-winning producer and guitarist. That association led to constant session work with Bruce Cockburn, Cowboy Junkies, Sue Foley, Blackie & the Rodeo Kings, Pork Belly Futures and many others. He was also a member of the Nashville country-rock supergroup Burrito Deluxe, performing and contributing songs to its most recent album, Disciples of the Truth. 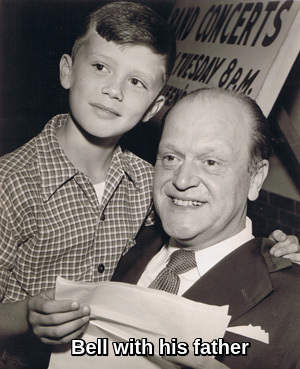 Linden recalls how much the strength of Bell’s character was evident in his playing. “He was completely fearless,” says Linden, “and when he had an idea, he wouldn’t hold back—he’d always go for it.” Pork Belly Futures frontman Paul Quarrington agrees. “I think his emotions ran deep. He certainly played with heartfelt intensity.” Added Quarrington, who is also a Governor General Award-winning novelist: “Ultimately, the essence of Richard was that he liked to be surprising. He was musically sophisticated, but also profoundly silly—in the best possible way.”

Despite such accolades and impressive credits, Bell remained a humble musician. “He was as modest as he was talented,” says Ken Pearson, who played organ in Full Tilt. “If you ever tried to compliment him, he wouldn’t put up with it. He’d crack a joke.” Full Tilt guitarist John Till, who first played with Bell in Hawkins’ band, remembers him as generous as well as self-effacing. “He had a heart of gold and always tried to make people feel comfortable,” says Till. “He’d never toot his own horn and always brushed off compliments. He was a true gentleman.” 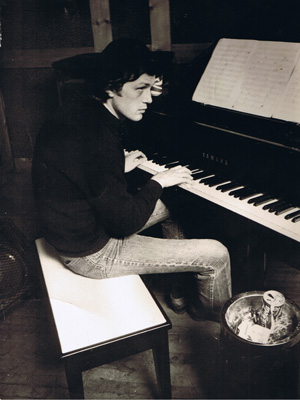 The son of Dr. Leslie Bell, the esteemed Canadian chorale director, Richard began playing piano at age four and studied at the Royal Conservatory of Music in Toronto. He attended Upper Canada Collage, where he excelled at music and was a member of the school’s football, hockey and squash teams. After his father died in 1962, when he was just 15, he began playing in local bands with older boys from school. “I was playing fraternity parties that would get raided by the police, and my mom would freak out,” he told an interviewer recently. “But I kept going right through my teenage years.”

Although he enrolled at the University of Toronto to study economics and political science, Bell found the lure of rock ’n’ roll too strong and dropped out. He joined the local group Ritchie Knight & the Midnights and began gigging around southern Ontario. When Bell was recruited in 1968 to join Hawkins’ band, an early version of the group Crowbar, he brought along Midnight vocalist and harmonica player Richard Newell, who became known as King Biscuit Boy.

The following year, while appearing with Hawkins at New York’s Fillmore East auditorium, opening for Joe Cocker and Mad Dogs and Englishmen, Bell was approached by Joplin’s manager, Albert Grossman, about being a part of the singer’s new ensemble. Landing the job, Bell joined a group that, like the original version of The Band, included three other Canadians (Pearson, Till and bassist Brad Campbell, formerly of The Last Words and The Paupers) and an American drummer, Clark Pierson.Joplin’s Full Tilt Boogie Band began woodshedding in San Francisco in early 19
70. Recalls Pearson: “I was already out there when Richard arrived. He knocked at the door and said, ‘Hi, I’m Richard Bell from Toronto.’ I asked him what he played and he said piano. I thought, well, there goes my job. When we went to rehearsal, Janis goes, ‘Don’t worry boys, I’m having both organ and piano.’ So we flipped a coin and I wound up playing organ and he got piano. We forged a bond right then and there.” 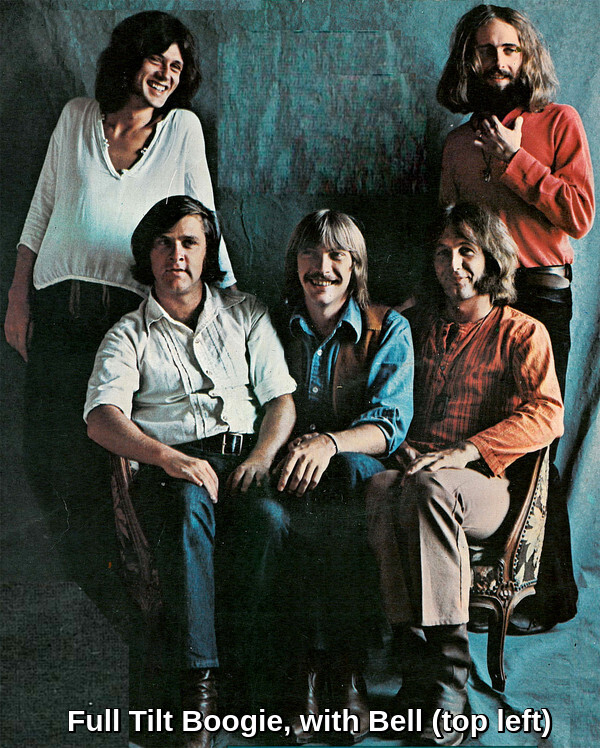 It was his work in Full Tilt that first brought Bell to the attention of Hudson, when The Band joined Joplin’s group on the Festival Express (Full Tilt’s performances from that legendary 1970 tour are captured on both the Festival Express DVD and the extended reissued CD edition of Pearl). Linden himself, just 10 years old at the time, first saw Bell perform with Joplin later that year in Port Chester, N.Y. “I was such a music fan that it really meant something to me, seeing these Canadian musicians up there on stage,” he recalls. “It was a mighty band and I immediately became aware of what a great player Richard was.”

Full Tilt disbanded with the death of Joplin in October of that year and Bell moved to Woodstock, N.Y., where he immersed himself in session work for the likes of Judy Collins, Karen Dalton, Eric Andersen and others. Through the 1970s and ’80s, recording dates took him all over the United States and he lived briefly in Alabama and Atlanta, Georgia, where he was married to Mary Deacon and worked for her father’s drywall company. Bell was back in Woodstock in 1989 when Linden met him. Recalls Linden: “He told me, ‘I’ve been away from my family too long and really want to be with them, so I’m going to move back to Canada.’ I suggested he give me a call.”

Linden soon enlisted Bell to play in his band and on a steady number of albums he was producing. “He’d show up at a session and be very relaxed and cool and easygoing,” says Linden. “Then he would play and blow everybody away and then leave. He was like a producer’s secret weapon, especially when he first came back to Canada and people didn’t know that much about him.” Added Linden: “He always had an incredibly positive attitude, never cynical. Once, my band was playing some horrible place where Richard had to haul his keyboards up three flights of stairs and we’d get to the top and I’d say, ‘How’re doing?’ He’d say, ‘Well, sure beats drywall.’”

According to those closest to him, Bell maintained an upbeat, youthful spirit through his eagerness to learn new things. A lover of gadgets of all kinds, he embraced computers, iPods and the latest music technology—sometimes to a fault. “His keyboard systems could get very mutinous during recording sessions,” quipped Quarrington. “I was always factoring in an hour or two for Richard messing around with his gear.” Hudson remembers how Bell’s fascination with technology proved a boon to The Band. “He’d bring a computer with music notation software and a printer with us on the road when he was writing horn parts for us,” said Hudson. “Then he’d print out the charts in the hotel room in between gigs. He was way ahead of us in the computer skills department.”

An avid reader, Bell loved to share favorite books with friends and colleagues, whether it was Raymond Chandler novels or the latest bestseller. Says Linden: “Richard and I were both fans of the mystery writer James Lee Burke, who once wrote ‘never treat a brave man as anything less.’ I thought about that so much with Richard in this past year, because he dealt with his illness with such incredible grace.” Added Linden: “I’ve never known a finer man or a better musician. It’s as simple as that.”