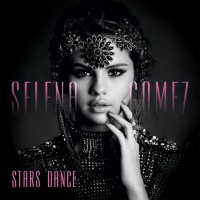 If the former Disney star wanted to distance herself from her bubblegum past, this will surely do it. Gomez’ solo debut, following three albums with her band the Scene, is her most musically adventurous release to date. Exotic sounds abound, from the Bollywood-themed vibe of “Come and Get It” and the reggae-tinged “Like a Champion” to the dubstep-lite offering “Slow Down.” The most grown-up track is the club-thumping “Beat,” in which the Hispanic pop star sings, “It’s a big, bad world/I like the lights in my hair and the beat in my face.” But Gomez, who turns 21 on July 22, still knows how to have fun. The album opens with the party anthem “Birthday,” which echoes Gwen Stefani’s “Hollaback Girl.” For those wondering about Gomez’ status with Justin Bieber, “Love Will Remember” signals the end of the affair. “We move on,” Gomez sings, closing the album on a surprisingly wistful note.