Feature Article: Teen Idols and the fast track to fame 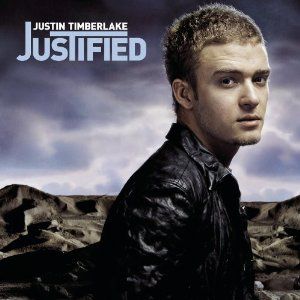 Justin Timberlake knows all too well what Ricky Nelson was singing about. From his days as a 12-year-old Mouseketeer on TV’s Mickey Mouse Club through his teenage years as a member of the superstar boy band ’NSync, Timberlake experienced pop fame even before he learned how to shave. Handling female-fan adulation and media attention came as naturally to him as smiling or pursing his perfectly bee-stung lips. But the transition from ’NSync teen idol to solo star at 22 hasn’t been quite so easy. First there was his famous breakup with Britney, which apparently left him deeply wounded. Then there was the criticism about his Michael Jackson imitations, both on his Justified album and the MTV Music Video Awards, where he unwisely opted for Jacko-like hat and gloves. More unwise still, especially given charges of attacking Spears in his “Cry Me a River” video, was his revelation on a radio show that he’d performed oral sex on Britney—an admission that seemed, in the aftermath of their relationship, like a mean-spirited boast. Despite reports of liaisons with Janet Jackson, Alyssa Milano and Christina Aguilera, with whom he’s now on tour, Timberlake could be a victim of rejection singing Canadian teen idol Paul Anka’s refrain, “I’m just a lonely boy, lonely and blue.” As he confessed to Rolling Stone: “I’ve had my heart broken plenty of times.”

But don’t shed too many tears for Timberlake. ’NSync has sold more than 30 million copies of its four albums. And Timberlake has already shifted more than two million units of Justified. He now owns homes in both Los Angeles and Orlando, Florida and recently purchased a new Mercedes S600 for a mere $115,000. Meanwhile, his “Justified and Stripped” tour with Aguilera is expected to be one of the summer’s top-grossing tours. So it goes. Boy bands seem able to spawn solo pop stars almost as assuredly as TV shows these days. While Timberlake and the Backstreet Boys’ Nick Carter represent the current wave, the precedent was set with the Jackson Five and the Osmonds followed by New Edition and the New Kids on the Block, which produced Michael Jackson, Donny Osmond, Bobby Brown and Donnie Wahlberg respectively. There’s a proven formula for manufacturing teenpop idols, as outlined by svengali Lou Pearlman, who was responsible for Backstreet, ’NSync, girl group Innosense (which once included Spears) and O-Town, a creation of TV’s Making the Band. “You have to get good, wholesome guys who can sing—that’s number one,” said Pearlman. “Then they have to have great personalities.” He added, as an afterthought: “We also want them to dance and play instruments.” 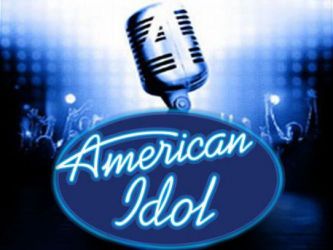 Television, of course, created the instant idol phenomenon. From the Monkees and the Partridge Family to Kelly Osbourne and Kelly Clarkson, winner of the first American Idol competition whose debut album tops this summer’s charts, TV has been churning out pop personalities like so many hamburger patties since the 1960s. Music videos and the rise of MTV and MuchMusic revitalized the teen-idol business during the 1980s, turning pin-up performers like England’s Wham! and Duran Duran and American pre-Britneys Tiffany and Debbie Gibson into sudden megastars. The recent advent of reality TV has only speeded up the process. Popstars, the Australian series launched in early 2000, created the girl group Bardot and quickly became an international franchise much like McDonald’s, with local versions produced in over 40 countries. Canada’s own Popstars led to Sugar Jones, an all-girl quintet chosen from 4,000 contestants that immediately recorded its debut album. Now American Idol has spawned its Canadian Idol imitator. The series, which began airing this month, attracted 13,000 audition hopefuls all vying for a taste of fame and a shot at a recording contract of their own.

The fast track to fame puzzles Bobby Curtola, who back in the early ’60s reigned as a true Canadian teen idol. Born in Thunder Bay, Curtola paid his dues singing at local community dances and steadily building a fan base. This was the post-Elvis, pre-Beatles era when singers named Bobby ruled the pop landscape. South of the border, no fewer than five had pop hits, including Bobby Goldsboro, Bobby Rydell, Bobby Sherman, Bobby Vee and Bobby Vincent. Curtola’s managers got him into the race with a fan club and string of catchy songs recorded on the Tartan label, including “Hitchhiker, “Don’t You Sweetheart Me” and “Three Rows Over.” Curtola’s recording of “Fortune Teller” alone sold more than two million copies and became a bona-fide U.S. hit. He was besieged by screaming teenage girls wherever he went. “In those days,” recalls Curtola, “local radio DJs introduced you to their audience and you developed a provincial and then a national following town by town.” Adds Curtola: “These days, there’s no radio support for local talent and record companies expect you to hit nationally straight out of the gate. It’s a crap shoot and artists don’t get a chance to be bad to be good, if you know what I mean.”

Clint Moffatt is a true Canadian teen idol from another era. During the ’90s, the Moffatts—triplets Clint, Bob and Dave and an older brother, Scott—were the objects of many teenage girls’ obsessions. Hailing from Victoria, B.C., the brothers hit internationally with a pop sound and catchy songs like “I’ll Be There For You,” co-written and co-produced by the same team responsible for Hanson’s hit single “MMMBop,” and “Miss You Like Crazy.” The Moffatts’ two albums sold more than 2.5 millions copies worldwide. But when the group tried shifting to a more mature, hard-rock sound with Submodalities, released in 2000, their teenpop image held them back and the album stiffed. “People had already made up their minds about us,” recalls Clint. “It was like no matter what we did, we were always going to be looked at as the Canadian boy band.” The Moffatts broke up and guitarist Clint is now trying to reinvent himself as a rocker, with brother Bob on drums and two new guitarists, under the band name Hidell. But Clint admits that his teen-idol past remains a straitjacket. “I still get recognized every where I go as a Moffatt,” he laments. “I can’t wait for the day when someone’s going to say, ‘Hey, you’re that guy from Hidell.’”

Reinvention is the name of the game. Just ask Timberlake, who hired hip-hop producers Timbaland and the Neptunes to give nine of the 13 tracks on Justified a heavier, more sophisticated vibe. Despite the presence of one mushy ballad, produced by Brian McKnight, the album successfully bridges the gap between tender ’NSync pop and raunchy Eminem rap. Timberlake clearly wants to break free of his boy-band past—even though he’s scheduled to go back into the studio this fall with ’NSync to record a new album. “I turned on [the radio] the other day and I’m the old guy now,” he gleefully told Rolling Stone recently. “Avril Lavigne and B2K, they’re the new little faces of teen pop, as much as they’d tell you to fuck off if you told them that. As for me, I’m somewhere in the middle, starting from zero, rebuilding my whole base.” 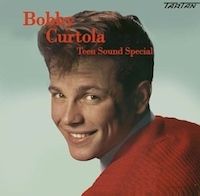 Curtola, now 59, sounds like the pop patriarch that he is when discussing the crash-and-burn careers of some of Timberlake’s contemporaries. “It’s great to think everything’s going to last forever,” says Curtola, “but you can’t get lost in the illusion. Everybody buys a lottery ticket and, sure, it’s always nice to win. But don’t you think you’re lucky?” He adds, getting on a roll: “Does a bass player who makes millions of dollars really think he’s worth all that money? We can’t lose sight of the fact that we’re just human beings like everybody else. Fame is a wonderful fantasy to have lived, but sometimes we forget to say thank you. And when it’s over, you still have to find your way to give, not take. If you lose sight of that, you’re lost.” Does he think the reality TV shows like Idol have a role to play, in the absence of supportive radio, to discover new talent? “I don’t admire the criticism in these shows, the sarcasm and hurtful nature of some of it,” says Curtola, of the ruthless competition. “It’s a lot like the gladiators of the Roman Empire. That’s not what music is all about.”