The Beach Boys - The SMiLE Sessions 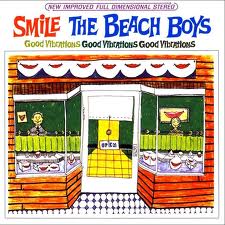 SMiLE is rock’s most mythical album: shelved just as the Beach Boys were challenging the Beatles for pop supremacy, it has long been hailed as an unreleased masterpiece. Now, 45 years later, Brian Wilson’s ambitious epic is finally available as both a double album and, for the serious fan, an exhaustive box set. Along with known classics like “Good Vibrations” and “Heroes and Villains,” the collections serve up dazzling art-rock gems like “Cabin Essence” and “Surf’s Up” that prove SMiLE was well worth the wait.