The Rolling Stones - Get Yer Ya-Ya’s Out 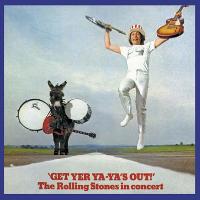 Stones fans often rank this recording of the band’s two-night stand at Madison Square Garden in 1969 as the greatest live rock album of all time. Now remastered with extra unreleased tracks, performances by opening acts B.B. King and Ike & Tina Turner and never-before-seen film footage, this CD-DVD set will be on many Christmas wish lists. Highlights include Mick Jagger’s fiery performance of “(I Can’t Get No) Satisfaction” and Keith Richards’ and Mick Taylor’s red-hot guitar duel on “Sympathy for the Devil.”