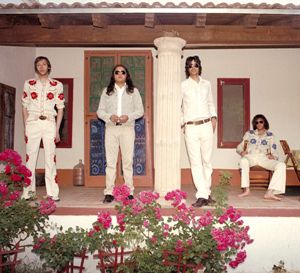 Critics, however, can’t seem to agree on how to describe the band. Are they alt-country mavericks or garage-rock revisionists? Space-rock cowboys or spaghetti-western revivalists?

Fact is, The Sadies defy categorization. They draw from a grab-bag of musical sources and recast the sounds in their inimitable style—not so much sturm und drang as strum and twang. And fuzz and reverb too.

They’re superb musicians who just keep on getting better with each recording. Currently, they’re riding high with an inspired collection of haunted songs about love, loss and stoned cold oblivion. They evoke the ghosts of early morning Lightfoot, miles high Byrds and late night psychotic reactions. Yet the chilling sound they make is unmistakably their own.