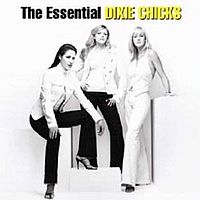 The Dixie Chicks are pop’s ultimate crossover queens. The Texan group began in the 1990s as a bluegrass and country music outfit. But after singer Natalie Maines joined everything changed. Out went the cowgirl dresses and in came a more contemporary look and sound. By 2002, the Chicks, including sisters Martie Maguire and Emily Robison, were sharing the stage with pop stars like Celine Dion, Cher, Shakira and Mary J. Blige in the VH1 Divas Show in Las Vegas.

The crossover began with 1998’s Wide Open Spaces, which entered the pop and country charts in the top five and went diamond with sales of 10 million. The followup, Fly, repeated that achievement, making the Chicks the only female group to have two diamond albums, back to back. The group even weathered the firestorm that greeted them after Maines criticized U.S. President Bush over the Iraq invasion. The trio’s next album, Taking the Long Way, and the unrepentant single “Not Ready to Make Nice,” took them deeper into pop’s stratosphere.

The Essential Dixie Chicks captures the ladies at their best. The two-CD set features harmony-drenched songs from all four of their albums, including Home, from the saucy “Sin Wagon” and the unabashed “Goodbye Earl,” about an abusive husband, to “Lubbock or Leave It,” Maines’ rejection of her redneck hometown, and “Silent House,” co-written with Crowded House’s Neil Finn about her Alzheimer’s-stricken grandmother. As fashionable as they are forthright, Maines, Maguire and Robison—like Shania Twain—have pushed country music well into pop’s mainstream.