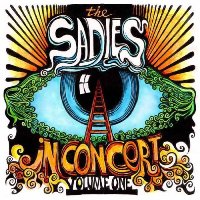 Recorded at Lee’s Palace in Toronto, this double CD proves Neko Case right when she calls The Sadies “the best live band in North America.” The songs, a mix of covers and originals from the psychobilly band’s albums, are mostly played at breakneck speed, with Dallas and Travis Good pushing each other to frenzied heights. Guests include family bluegrass greats The Good Brothers, Blue Rodeo, Band organist Garth Hudson and Case herself, who graces seven tracks with her breathtaking vocals. A thrilling two-hour ride.