Various artists - Into the Woods 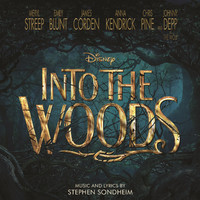 The movie version of Stephen Sondheim’s musical, which draws from several Grimm fairy tales, is certain to be a Christmas box-office smash. The soundtrack features a 69-piece orchestra and thrilling performances by such stars as Meryl Streep (the Witch), Johnny Depp (the Wolf) and Emily Blunt (the Baker’s Wife).