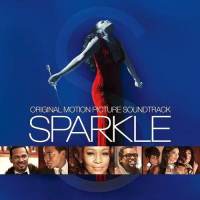 When Whitney Houston passing away last February, the world mourned the loss of a gifted artist. Fortunately, she left a large body of work in music and film for which she’ll be remembered, including Sparkle, her remake of the 1976 movie about three singing sisters who form a Motown girl group. The film marks Houston’s fifth and final role, in which she plays the girls’ single mother, while the soundtrack includes two songs that were the legendary singer’s last recordings.

The soundtrack includes performances by Carmen Ejojo, Tika Sumpter and American Idol winner Jordin Sparks as the sisters, including “Something He Can Feel,” a hit for Aretha Franklin. It also features Cee Lo Green on the horn-driven “I’m a Man.” But the real highlights are Houston’s contributions: “His Eye is on the Sparrow,” a gospel hymn, and “Celebrate,” a finger-popping duet with Sparks. Rousing and utterly joyful, they serve as worthy additions to Houston’s shining legacy.