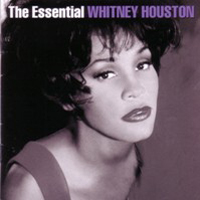 Whitney Houston created the blueprint for the modern-day pop diva. With her poise, elegance and soaring, multi-octave voice, Houston ruled the airwaves in the 1980s and ’90s and inspired female singers from Mariah Carey and Céline Dion to Beyoncé and Rihanna. When she was at her best, few vocalists could match the power and clarity of her mezzo-soprano. “Over the last 30 years, there’s Aretha Franklin, Barbra Streisand and Whitney,” says executive producer Clive Davis, who discovered her. “She ranks right up there with those all-time greats.”

The daughter of gospel vocalist Cissy Houston, the cousin of singer Dionne Warwick and the god-daughter of soul great Aretha Franklin, Whitney burst on to the scene with impeccable roots. Her self-titled debut and its followup, Whitney, both shot to number one on the charts and critics applauded the young woman’s mastery of big ballads and stylish dance pop. In the ’90s, she hit Hollywood and made her mark on screen and soundtracks. Although she suffered personal problems in marriage and with drugs, Houston remains one of the world’s best-selling artists, with worldwide sales of more than 170 million albums and singles.

The Essential Whitney Houston spans the multiple-Grammy winner’s entire recording career and features all the hits, ranging from the effervescent dance pop of “I Wanna Dance with Somebody (Who Loves Me)” to the mid-tempo reggae vibe of “My Love is Your Love.” With duets, remixes and live versions included, the two-CD set offers the best portrait yet of pop’s ultimate diva.