Some of the best rock ’n’ roll—from Lou Reed to the Rolling Stones—has strutted through the grim realism of the street. Unlike many pretenders to that turf, Vancouver’s Art Bergmann has actually walked on the wild side, living with prostitutes and drug addicts in the city’s seedy east end while writing some of the grittiest, most literate material in Canadian rock. “Guns and Heroin,” one song from his latest album, What Fresh Hell Is This?, is a case in point. It arose out of an experience Bergmann had in the early 1980s, when he was a member of the Vancouver band Los Popularos. A man who invested $10,000 in one of the group’s recordings turned out to be a drug dealer looking to launder some money. And things got ugly when the dealer grew impatient about his investment and began threatening violence. Recalls Bergmann, now 39: “The guy started coming around, high on Quaaludes, waving his gun and demanding money. The next thing I know, he’s on the front page of the newspaper, in jail for first-degree murder. I thought, ‘Uh-oh, that’s pretty close.’” 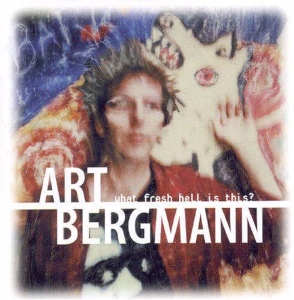 Living close to the edge has made Bergmann something of a legend within Canadian music. It has also jeopardized a promising career on more than a few occasions. A pioneer of Vancouver’s punk scene, Bergmann recorded two acclaimed solo albums in the late 1980s, including a debut produced by former Velvet Underground great John Cale, before landing a major-label deal with PolyGram Records. But, despite earning a Juno nomination for most promising male vocalist in 1989 and a hit single with his song “Faithlessly Yours,” Bergmann’s career faltered, due largely to a volatile relationship with his record company and his own long-term heroin addiction.

Now, four years later, the singer-guitarist is back, having kicked his drug habit and secured a new record deal with Sony Music. And there are signs that this could be Bergmann’s time. “Contract,” the first single from his new album, is playing on both mainstream and alternative radio stations across the country. And Robyn Walters, Sony’s domestic product manager, believes that musical trends have caught up with Bergmann’s raw sound. “This record might have been way out there in the mid-’80s,” says Walters, “but with the shift to punk rock groups like Green Day it’s quite mainstream.” She adds: “Our company has Canada’s poet laureate with Leonard Cohen and now its punk laureate with Art Bergmann.”

The irony of being on his second major label—let alone being compared to a mainstream figure like his hero Cohen—is not lost on Bergmann, once dubbed “lord of the underground” by admiring music critics. In a recent interview, the surprisingly soft-spoken musician offered a bemused perspective on his newfound stature as he approaches the age of 40. “I’m just a writhing mass of contradictions,” laughs Bergmann. “I’m here with the biggest record company in the world, yet I’ve been out there for so long that it’s kind of hard to tie me up and point me in one direction.” He adds: “People talk about my legend, how I’ve outlived it and all that crap. But all I’ve done is live to the best of my ability, which is moment to moment.”

Bergmann’s chaotic past lends a reckless intensity to some of the songs on What Fresh Hell Is This?, many of which were written in the spring of 1993, during his harrowing withdrawal from heroin. The opening cut, “Beatles in Hollywood,” contrasts the tortured emotions of adulthood with a sweet yearning for youth. Another, the raging “Some Fresh Hell,” seems to offer a nightmarish depiction of heroin itself, when Bergmann’s raspy voice roars: “Like a vampire newlywed, all your brides are nearly dead.” But there are also examples of the songwriter’s caustic wit in such songs as “Contract,” which takes a wry view of his new record deal, and his more vulnerable side on the romantic ballad “Nearer My God to Thee.” 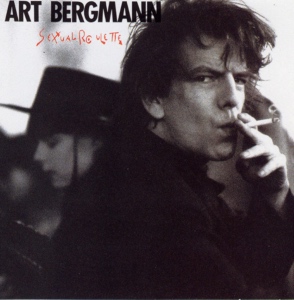 Oddly enough, despite his shady past, there is a strong ethical tone to much of Bergmann’s work, which he credits to his Mennonite parents. Growing up in Vancouver’s suburbs, he would sing Beatles songs in the living-room, with a broomstick for a guitar. He joined his first band, the Schmorgs, in 1977. But with the arrival of punk rock, Bergmann moved downtown and performed with a number of influential groups, including the Young Canadians, Los Popularos and Poisoned. Two solo albums followed: Crawl with Me (1988) and Sexual Roulette (1989), with a title track that is a chilling account of romance in the era of AIDS. Then came the self-titled album on PolyGram, which sold poorly despite spawning a hit. According to Tom Harrison, veteran rock critic at the Vancouver Province, What Fresh Hell Is This? proves Bergmann’s resilience as an artist. “He’s still hungry,” says Harrison. “And although he goes right to the brink, he’s smart enough to pull back.”

Still, going to the brink can be costly. And Bergmann, an avid reader (Dorothy Parker and Cormac McCarthy are favorites) who lives in a one-bedroom apartment in Vancouver’s west end with his wife, Sherri Decembrini, 31, and their 14-year-old daughter, Naomi, knows that better than most. He expresses an affinity with Kurt Cobain, who killed himself in April, 1994—“It’s always nice to hear a kindred voice through the darkness.” Adds the musician: “My material comes from desperate living, which I get kudos for. And the fans who come out seem to know every word, which feels good. But it doesn’t pay the rent.” With his new album, however, Bergmann says he feels “optimistic.” Then, remembering how his career has self-destructed before, he adds: “At least I’ve promised not to pull a Hindenburg until this one’s run its course.”