Peter Goddard - a critic for all seasons Peter Goddard was a consummate music man: a classically trained pianist with a degree in ethnomusicology who became one of Canada’s most prolific and respected music critics.

Throughout his long career, Mr. Goddard wrote about music of all kinds for a wide variety of newspapers and magazines. He was the author of some 20 books, including biographies of Frank Sinatra, Ronnie Hawkins and Glenn Gould, and penned documentary scripts for radio and television.

But his interests ran far beyond just music. Mr. Goddard was also a baseball fanatic, a wine connoisseur and a voracious reader with a keen intellect, insatiable curiosity and inexhaustible drive, who worked at different times as a film and visual arts critic.

“Peter wrote about everything under the sun,” noted author Ron Base, Mr. Goddard’s colleague at the Toronto Star, where he spent the majority of his career. “He took it all very seriously – every story or review was important to him. In many ways, he was a Renaissance man.” 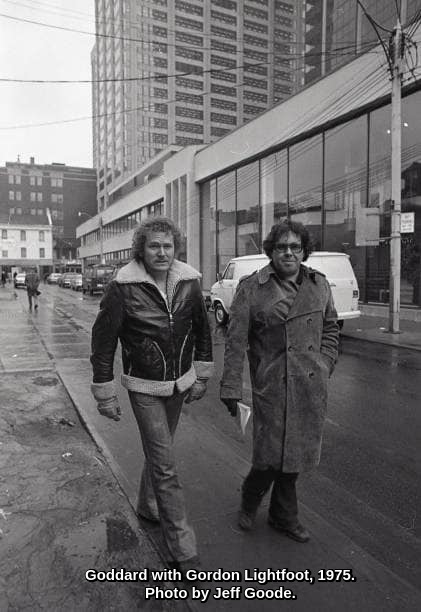 From the farmhouse he and his wife owned in the Limousin region of France, Mr. Goddard for many years would travel to Cannes, Venice and Frankfurt to cover the movie, art and book festivals, often in his beloved Renault. “Peter was always on the go,” said Carol Ann Goddard, whom he first met at Thomas L. Kennedy Secondary School in Mississauga, Ont. and married in 1969. “He never stopped working.”

Most recently, Mr. Goddard was busy writing My Private Rock ‘n’ Roll, a memoir he called a “semi-mental” journey back through a “50-plus-year exploration of rock and the musical styles circling it, including jazz, funk, country and classical.” He was also mentoring Yung Saintz, a rap duo whom he’d encouraged to merge hip hop with the music of Bach.

Ten months ago, Mr. Goddard was diagnosed with glioblastoma. When he died in Toronto on March 24, at age 79, many remembered a man of integrity and generosity, someone who championed the underdog and inspired others in their creative pursuits. “Peter pushed me to become at better writer,” said Craig MacInnis, another former Toronto Starcolleague. “But the push was always gentle – never a command. He told me, ‘Just write with certainty,’ something he always did. And I’m forever grateful for his sage advice.”

Mr. Goddard’s reviews attracted a devoted readership including music legend Gordon Lightfoot, who would, on occasion, take the music critic to task for something he’d written about one of his albums. “I’d actually call and tell him what I thought,” Mr. Lightfoot says, laughing at the memory. “He might agree if something he’d written was inaccurate. Other times he’d say it was just his opinion and stick by it.” Added Mr. Lightfoot, who became a friend of Mr. Goddard: “But Peter was a really good critic, very objective and completely devoted to his craft.” 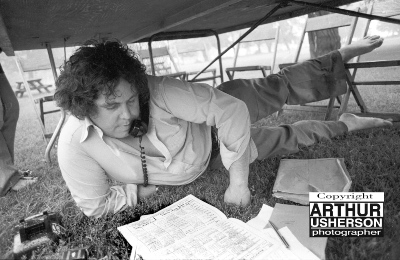 Although Mr. Goddard never courted controversy, it sometimes found him. In a 1975 Star article about Mr. Sinatra’s arrival in Toronto, he reported that one of the singer’s bodyguards punched a freelance photographer outside the Royal York Hotel. That night, onstage at Maple Leaf Gardens, Ol’ Blue Eyes called out Mr. Goddard and ripped up the offending article.

The following year, Mr. Goddard dismissively likened the Bay City Rollers to other teenybopper acts. Not only did his assessment unleash a flood of angry letters from the Scottish pop group’s fans (the Star published 67 of them), but several of the band’s most fervent followers picketed the newspaper’s office with placards reading “Sit on it, Goddard” and “Get a Hearing Aid.”

Mr. Goddard knew such reactions came with the job and wasn’t troubled by them. “What I took far more seriously,” he told the Ryerson Review of Journalism in 2019, “is when I would blow a serious review. I would try to tackle something that had meaning and substance and sometimes got it wrong.”

“Peter was an acclaimed critic,” acknowledges Mr. Base, “but also, deep down, a newspaper man who loved a deadline, rolling up the sleeves of his white shirt – always unbuttoned halfway down – and hammering out a review or feature in the Star office at midnight. He was truly one of a kind.”

In 1983, when Mr. Goddard won a National Newspaper Award for critical writing, he compared himself more to veteran crime reporter Gwyn (Jocko) Thomas than to critics he admired. “I write like Jocko,” he said at the time. “I’m out on the street at night, dealing with people. Eighty per cent of what I do is reacting to events in a quick, critical manner.” 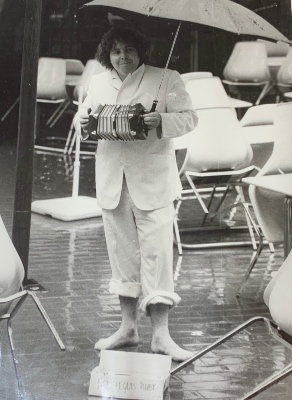 Peter Darwin Goddard was born in Toronto on July 13, 1943, the eldest son of Audrey and Jack Goddard, a pianist, adjudicator and educator with the Royal Conservatory of Music. Peter studied at the Conservatory himself, under Margaret Butler, at a time when Glenn Gould could still be found walking its halls. He then went on to obtain his bachelor and master of music degrees from the University of Toronto, where he insisted the faculty allow him to take accredited courses with philosophy instructors Marshall McLuhan and Geoffrey Payzant.

Mr. Goddard found his new calling as a music journalist at U of T’s Varsity newspaper. In 1966, he began freelancing to The Globe and Mail, covering folk, jazz and classical music and artists from Mr. Lightfoot and Joni Mitchell to the Beatles and the Rolling Stones. From 1968 to 1971, he was the Toronto Telegram’s pop music critic and by 1972 he settled into his full-time tenure at the Star, which lasted for the next 16 years. Later, he taught music history at York University.

Covering the music beat through 1970s, ‘80s and ‘90s, when the Toronto scene was thriving, demanded unthinkable stamina. Liz Braun, then a music publicist now a movie critic at the Toronto Sun, remembers seeing Mr. Goddard at least three or four times a week. “Peter was ubiquitous back then,” Ms. Braun recalls. “He covered the big shows at [Maple Leaf] Gardens and the CNE, the middle-sized shows at Massey Hall and O’Keefe Centre and he was at all the supper-club stuff at the Imperial Room and somehow also all the clubs like the Horseshoe, Edge and El Mocambo. And then there was Molson Park and Ontario Place. I don’t know how he did it.”

Liam Lacey, Mr. Goddard’s counterpart at the Globe in the early ‘80s, agrees. “I was amazed at Peter’s staying power,” Mr. Lacey says. “The pace could be brutal covering all those shows, but Goddard had a knowing journalistic voice and a creativity in finding angles on a beat that could quickly exhaust you.” 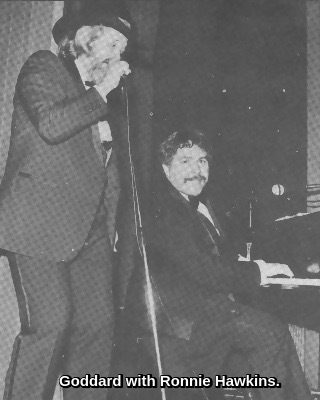 Ms. Braun was also impressed by the breadth of Mr. Goddard’s musical knowledge and taste. “When I was shilling for Columbia Records,” she recalled, “I was supposed to be promoting acts like Bruce Springsteen and Elvis Costello, and I did. But there was also an amazing group of jazz and classical artists on the label and Goddard was one of the few writers who cared about any of that.” Added Ms. Braun: “Nobody else at the office could be arsed to see Rostropovich or Charles Mingus or Yo Yo Ma when they played Toronto, so I would go to show record label solidarity and Peter would inevitably be there too.”

During the ‘80s, Mr. Goddard was a veritable publishing factory, writing a novel and 15 books on artists ranging from the Who and David Bowie to Cyndi Lauper. Angel Guerra, who produced a number of the titles through the Stoddart imprint, still marvels at Mr. Goddard’s productivity.

“There was so much going on in Peter’s head that he sometimes couldn’t capture it all,” Mr. Guerra said. “So Peter would think of the right person to take on a particular project.” Among the people Mr. Goddard encouraged to write books were fashion journalist Jeanne Beker and Mr. MacInnis, who wrote a best-selling hockey series. He even persuaded Pierre Berton to come out of retirement to write one more book: a celebration of Canadian winter.

While generous in his work, Mr. Goddard could be fiercely competitive at baseball. Robert Sniderman, with whom he studied piano at the Conservatory, recalls that his childhood friend organized softball games in the 1970s for music industry types in what Mr. Goddard called the Wine and Vinyl League. Says Mr. Sniderman, who managed his father’s Sam the Record Man franchise business at the time: “Peter would run the bases like a freight train and wasn’t averse to sliding if it meant getting an extra base.” Mr. Sniderman added that, for over 40 years, he and Mr. Goddard (along with True North Records founder Bernie Finkelstein), all shared Toronto Blue Jays season tickets. “It was our passion – like French red wines and piano players from Bill Evans to Keith Jarrett.”

Somehow, Mr. Goddard also found time to read. “Peter was constantly devouring books on an unbelievably wide range of subjects,” said his friend Andrew Wainwright, English Professor Emeritus at Dalhousie University. “I have a PhD in English literature and I couldn’t keep up with him.”

Mr. Wainwright recalled that Mr. Goddard wrote a tribute to the painter Robert Markle. It read: “There are people who occupy their time on earth completely. There are not many like that and others don’t recognize it until they’re gone. When Robert Markle died there was a lessening because he showed up in so many ways.” Said Mr. Wainwright: “You could say the same thing about Peter.”

Originally published in The Globe and Mail 29 March 2022