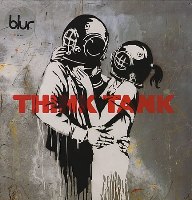 Remember the Battle of Britpop, when Blur and Oasis slugged it out for chart supremacy? Well, apart from the ubiquity of “Song 2” (the “woo-hoo” anthem), not much has been heard from Blur, as the band’s Damon Albarn boogied off to solo success with Gorillaz. There’s apparently more than a few nods to Gorillaz’ electronic dub here, especially on tracks like “Ambulance.” But there’s also Parklife-style balladry on such songs as “Out of Time,” the first single. Could “Crazy Beat,” produced by Norman “Fatboy Slim” Cook, be the next big “woo-hoo”?