There are few personal histories as rich as Bobby Dean Blackburn’s. His musical legacy, which runs from the birth of rock ’n’ roll and rhythm & blues in Toronto through to his sons’ Juno-nominated blues band, is as long as Yonge Street itself.

Bobby Dean’s ancestral story goes even deeper: his great-grandfather was a U.S. slave who found freedom in Canada on the Underground Railroad. For over half a century, he has paid tribute to that heritage with annual performances at Owen Sound’s Emancipation Festival.

Now the veteran musician, who turns 80 later this year, plans to add to his lengthy list of accomplishments. Along with a double album of ballads and gospel songs on the horizon, a followup to his 2009 recording, Don’t Ask…Don’t Tell, Bobby Dean is also busy writing a memoir of his extraordinary life in music.

Born in Toronto on December 11, 1940, Blackburn grew up surrounded by his father’s blues records and his brothers’ love of r&b. “We listened to George ‘The Hound’ Lorenz’ radio show on Buffalo’s WKBW,” Blackburn recalls, “and my brothers would go down to Toronto’s Records Unlimited and buy the latest r&b 45s.” Soon the teenager was venturing out himself to record hops like Gord’s Rock or Frankie’s Move ’n’ Groove Club and hearing the influential sounds of Fats Domino and Little Richard.

One day, Blackburn skipped school and caught a matinee performance at the Casino theatre of Screamin’ Jay Hawkins, who put a spell on the youngster. “That made a big impression on me, because Hawkins was a real showman,” he says. “I knew right then that I wanted to become a professional musician.” 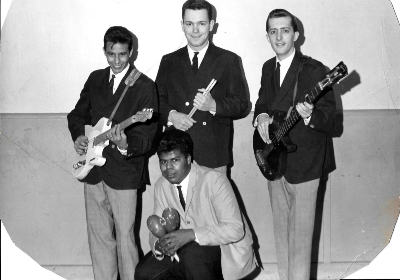 After singing initially in church choirs, Blackburn joined high school friends as lead vocalist in a group that became Bobby Dean & the Gems, performing rock and r&b at dances around Toronto. One of the musicians he crossed paths with was Robbie Robertson, then playing with his own band Robbie & the Robots and, briefly, Little Caesar & the Consuls. “I remember Bobby very well,” Robertson told the documentary Yonge Street: Toronto Rock & Roll Stories. “He was the most soulful singer in Toronto at the time, getting down on his knees when he was singing.”

That showmanship led Bobby Dean & the Gems in 1959 to become the first house band at the Bluenote, Toronto’s r&b afterhours club. There, Blackburn found himself backing performers like transgender soul singer Jackie Shane and developing his skills as a pianist. A year later, a lucrative offer caused him and his bandmates to cross Yonge Street and play the Zanzibar Tavern, which involved having to join the musicians’ union. It turned out to be a nine-month run and the beginning of Blackburn’s long association with the Zanzibar, which at that time featured strictly music (the topless and nude dancers came later, a trend at the Zanzibar and other downtown clubs that eventually “killed live music on Yonge Street,” according to Blackburn).

Throughout the 1960s, Blackburn toured Ontario and Quebec with trios, quartets and quintets, sometimes with singer Mary Ann Pettiford and occasionally with just himself billed as “Canada’s Fats Domino.” “My agent had me booked on the road for as many as 40 weeks a year,” recalls Blackburn, “but whenever I came back to Toronto, I’d do another stint at the Zanzibar—that was my home base and the place where William “Smitty” Smith, of Motherlode, taught me to play organ.” 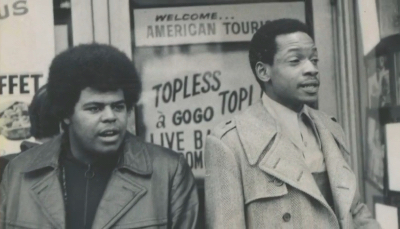 The longest stint at the Zanzibar started in 1969, when the club’s owner, Dave Cooper, booked an Afro-sporting Blackburn and his then all-black band, the Naturals, to play alongside strippers for afternoon matinees six days a week (Blackburn’s cousin Billy was also part of the group). It became a significant residency, earning a reputation for funky grooves and surprise guests.

Over the next five and a half years, countless touring musicians—from Jimmy Smith, Buddy Miles and Jimmy McGriff to Taj Mahal, some of James Brown’s sidemen and members of the Paul Butterfield Blues Band—would sit in and play with Blackburn and his group whenever they were in town (a lot of those historic jams were recorded on reel-to-reel tapes that Blackburn hopes to one day get released). The downside was some of his best musicians wound up getting poached: McGriff took his guitarist Roland Prince, while Shotgun Kelly snapped up saxophonist Dougie Richardson for his Nine Sticks of Dynamite band.

In the early ’70s, the Blackburn Finishing School groomed singer Liberty Silver, then 17, by providing her first professional gig. The Juno-winning vocalist then repaid the favour by duetting with her mentor on the song “Kitchen Blues,” on Don’t Ask…Don’t Tell. 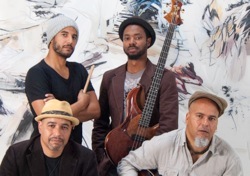 When it comes to mentoring, Blackburn’s best work has been done with his four musician sons: tenor saxophonist Robert, keyboardist Duane, drummer Cory and guitarist Brooke, who perform under the group name Blackburn. The latter three have paid tribute to their dad on their albums. “Back at the Zanzibar,” from 2009’s Maple Blues-winning Brotherhood, is a Hammond-organ drenched instrumental r&b workout, while “Walking in New, New Orleans,” from 2015’s Brothers in this World, features Duane singing, “I was raised in the north on a reel-to-reel/my father played the blues/always the real deal/down on Yonge Street.” All four sons appeared on Don’t Ask…Don’t Tell and throughout much of the ’90s, the whole Blackburn family frequently came together to perform at Toronto’s New Orleans-themed N’Awlins Jazz Bar. 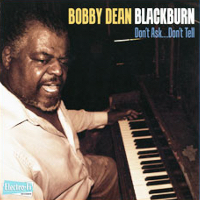 In 1990, Bobby and Jean Blackburn, his wife of 60 years, moved to the Bruce Peninsula near Owen Sound, the northern terminus of the Underground Railroad, where Blackburn’s great-grandfather Elias Earls found freedom. Since then, the trailblazing musician has served as artistic director of the Emancipation Festival and enjoyed lengthy residences, performing in nearby towns like Tobermory, Port Elgin and Collingwood.

But of all his many accomplishments throughout his career, Blackburn ranks his 2016 appearance with his offspring at Owen Sound’s Summerfolk Festival as a career highlight. “It’s always a thrill to appear with my sons,” says Blackburn, “but that performance was especially sweet.” Sweet, indeed. Bringing his family’s tradition full circle, from Owen Sound to Yonge Street and back again, Bobby Dean Blackburn continues to make history.