The setting was a public-housing unit in the Toronto suburb of Willowdale. But the two young men were basking in an unmistakably Caribbean atmosphere. The townhouse was filled with the pungent smell of a West Indian fish fry, and a video of a Jamaican reggae dance was playing on the TV. It seemed an unlikely base for two of the fastest-rising stars in rap music, a musical style more associated with U.S. ghettos than Canadian suburbs. But Caribbean-born King Lou (Louis Robinson) and Capital Q (Frank Allert) have made a name for themselves, as the Dream Warriors, by revolutionizing rap music. Said Q: “Everyone’s accustomed to rap with guys swearing and bragging about themselves and violence. We just want to entertain people with something different.”

That approach—mixing reggae, jazz and even TV game-show themes into quirky songs—has made Lou and Q, both 21, music sensations in Britain. Their first two singles, “Wash Your Face in My Sink” and “My Definition of a Boombastic Jazz Style,” topped the British charts. The London Times described their album, And Now the Legacy Begins, as “an impressive debut [that] has redefined rap.” 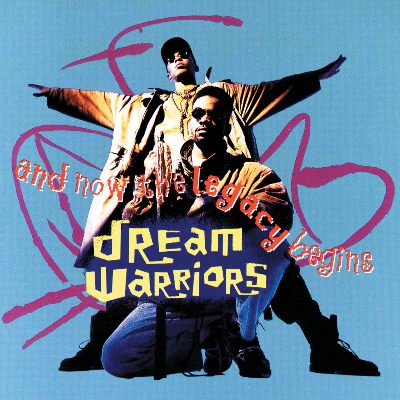 This spring, after two sold-out British tours, the two returned to conquer their home country in a tour that ended on April 14. The Dream Warriors’ strength is their personal approach to rap. Lou was born in Jamaica, and Q in Trinidad, which gives their music a reggae flavor. But their upbringing in the tough, working-class Jane-Finch district of northwest Toronto was also a major influence. Q said one associate was fatally stabbed recently, and that police sometimes harassed his friends. Added the more talkative Lou: “In that neighborhood, somebody always knocks you down—it doesn’t matter whether you are white, black, Asian or Spanish. But it makes you more aware of yourself.”

The Dream Warriors got their first real break in 1987, when Toronto’s Ivan Berry became their manager. After rebuffs from North American record companies, Berry arranged a four-album deal with Britain’s Island label and a $700,000 publishing contract with MCA Records. Since then, Lou has been able to buy a second-hand Mercedes. But the two men still live in a modest Willowdale townhouse that they share with Lou’s mother, nurse Edna Robinson. And they say that their past experiences in the Jane-Finch neighborhood provide much of their material. With Caribbean sounds and the raw realities of the street, the Dream Warriors have put an infectious new spin on rap.