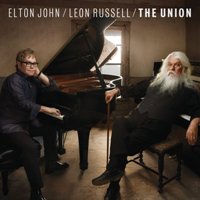 Sir Elton John was not yet a star—or a knight—when he played a week-long stint in 1970 at the Troubadour club in West Hollywood. Sitting in the audience one night, with his long silver hair and glasses, was Leon Russell, an American singer-pianist whose star was already rising, having written major hits for Joe Cocker and The Carpenters. John later met Russell and they toured together, a great thrill for the English musician, who regarded his American counterpart as a musical idol. As fate would have it, the Rocket Man’s career soared, while Russell’s crash landed.

Now Sir Elton is injecting some jet fuel into his hero’s career, by collaborating with him on The Union. John hopes the recording, which features such celebrated guests as Neil Young and Brian Wilson, will spawn a revival for the man best known for writing “Delta Lady” and “A Song for You.” “For me, Leon’s one of the greatest American treasures we’ve ever had,” says John. “I want his name to be written in stone. I want him in the Rock and Roll Hall of Fame. I want his name to be on everybody’s lips again.”

The Union seems certain to succeed. Produced by T-Bone Burnett, it features Stones-inspired rockers (“Monkey Suit”), country-flavored ballads (“Jimmie Rodgers’ Dream”) and rafter-raising gospel numbers (the uplifting “A Dream Come True”) with John and Russell joyously trading vocal turns and piano licks. Clearly, the album is a dream come true for both of them.